A heartbreaking video shows the child walking unsteadily up to his mother's body, tugging at the blanket placed over her, and when failing to wake her up, covering his own head with it.

Well, the toddler has no idea what happened to his mother. But these visuals will make one realise the struggles of the migrant workers, the poor..who have been waiting to return to their homes.

This clip from a station in Muzaffarpur in Bihar shows a toddler covering his dead mother. She died of hunger, dehydration, and scorching heat.

The woman had arrived in a special train for migrants on Monday.

Apparently, the child's family had boarded a different train from Delhi on Sunday.

As reported by NDTV, the woman's family said that she had been unwell when they were travelling due to inadequate food and water. They said that she had boarded a train from Gujarat on Sunday and shortly before the train reached the station, she collapsed.

Her corpse was laid down on the station platform while her toddler tried to wake up until an older child dragged him away.

Ramakant Upadhyay, the Dy SP of the Government Railway Police in Muzaffarpur, said the incident occurred on May 25 when the migrant woman was on way to Muzaffarpur from Ahmedabad by a Shramik Special train, reported PTI.

Upadhyay told reporters that the woman, who was accompanied by her sister and brother-in-law, had died on the Madhubani bound train.

Well, the officials have a different story to tell.

"My sister-in-law died suddenly on the train. We did not face any problem getting food or water," the officer said, quoting the deceased's brother-in-law who he did not name.

He said on getting information, poice brought down the body and sent it for postmortem.

Citing the brother-in-law of the deceased, Upadhyay said she was aged 35 years and was undergoing treatment for "some disease" for the last one year in Ahmedabad. "She was also mentally unstable," he said.

When persistently queried about the cause of death, he said,"Only doctors can tell".

A massive exodus of migrant workers is on in several parts of the country, unprecedented in magnitude since Partition.

The humanitarian crisis still unfolding on highways and railway platforms has shone light on disturbing tales of entire families walking hundreds of kilometres with little children on foot in a seemingly endless march to escape hunger.

People have been found travelling on trucks and in the hollow of concrete mixing plants, and in many cases, dying from hunger and exhaustion before reaching their destinations.

Well, the migrant workers crisis is extremely bad and on top of that the scorching heat is another crisis these people have been battling against. The ongoing heatwave over several parts of north and central India is likely to continue during the next 24 hours, the India Meteorological Department said on Wednesday, even as the southwest monsoon made further advancement in parts of Bay of Bengal.

North and central India have been reeling under a severe heatwave and temperatures have soared over 47 degrees Celsius at a few places.

"Due to the prevailing dry north-westerly winds over plains of northwest India, central India and the adjoining interior parts of eastern India, the present heatwave conditions are very likely to continue during next 24 hours," the IMD said.

Heatwave conditions at many places with severe heatwave in isolated pockets are very likely over Vidarbha, west Rajasthan, the IMD said.

Heatwave conditions are also likely in some pockets over Haryana, Chandigarh, Delhi, west Uttar Pradesh, Madhya Pradesh and east Rajasthan, and in isolated pockets over Punjab, Bihar, Jharkhand, Odisha, Saurashtra and Kutch, central Maharashtra and Marathwada, Telangana and north interior Karnataka during the next 24 hours, the IMD added.

A western disturbance is likely to give some relief on May 29 and 30. During this period, parts of north India are likely to witness dust storms and thunderstorms.

Read Also
No way out: Migrants' family sell cattle to fund their travel home; remain stranded in Mumbai after... 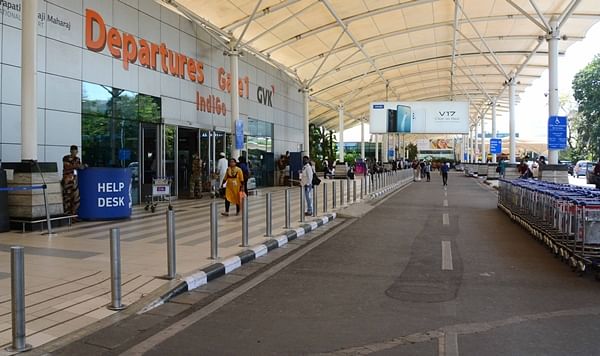