As stubble burning season set to start, Delhi CM Kejriwal bans sale or use of firecrackers to curb pollution 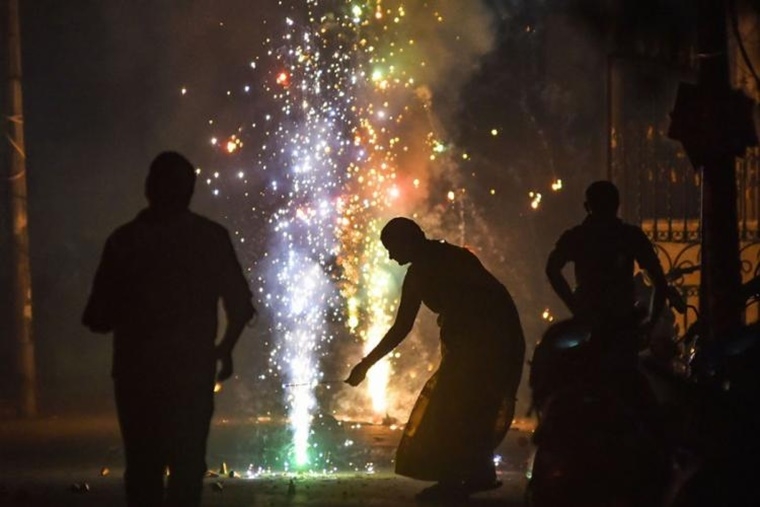 Delhi Chief Minister Arvind Kejriwal on Wednesday announced a complete ban on storage, sale, and bursting of all kinds of firecrackers in the national capital during the festival of Diwali.

Arvind Kejriwal also appealed to the traders in Delhi to not stock up on firecrackers in view of the ban and in order to avoid losses.

Taking to Twitter, Arvind Kejriwal said: "In view of the dangerous condition of Delhi's pollution during Diwali in the last three years, like last year, a complete ban is being imposed on the storage, sale and use of all types of firecrackers. (This is) so that people's lives can be saved."

"In view of the seriousness of pollution after the stocking of firecrackers by trader... last year a complete ban was imposed late, which caused losses to traders. It is an appeal to all traders (this time) that in view of the complete ban, do not store or sell firecrackers," Kejriwal said in another tweet.

As stubble burning season set to start, Chief Minister Arvind Kejriwal on Monday had said that an audit by a central agency in Delhi has found the use of Pusa bio-decomposer, a microbial solution for stubble management. He urged the Centre to ask neighbouring states to distribute it for free among farmers.

He said stubble burning in neighbouring states in October is a major factor behind the high level of air pollution in Delhi.

"The farmers are not at fault. Governments are at fault because they had to offer a solution," Kejriwal said.

Last year, the Delhi government distributed the bio-decomposer free of cost which was used by farmers on 1,935 acres of land in 39 villages to convert stubble into manure, he said.

A survey by a central government agency, WAPCOS, has come up with very encouraging results on the use of the bio-decomposer.

Ninety per cent of the farmers claimed that the solution turned stubble into manure in 15-20 days. Also, the content of carbon in the soil increased by 40 per cent, nitrogen 24 per cent, bacteria seven times and fungi three times. Sprouting of wheat also increased by 17-20 per cent, the chief minister said.

"We appeal to the Centre to ask the states to distribute the bio-decomposer free of cost among farmers to stop them from burning stubble," he said.