Advertisement
Home / India / 67th death anniversary of T.V. Sundaram Iyengar: All you need to know about the founder of TVS Group

67th death anniversary of T.V. Sundaram Iyengar: All you need to know about the founder of TVS Group

With his humble beginning as a lawyer, he grew into one of the most successful industrialists of his time. The flagship company of the group is TVS Motors, established by his son, T.S. Doraiswamy

During the 1930's, when riding an automobile was still a distant dream for most Indians, he had the vision to start the first ever rural bus service in Madurai.

Business was not only a passion for Sundaram Iyengar, but also a service to the common man. His innovative and visionary ideas, hard work and determination formed the base for 'T.V Sundaram Iyengar and Sons Group of Companies', one of India's largest industrial conglomerates - what we know today as the TVS Group.

The group started by Iyengar extended its services to motor industry, motor services and finances in the following years. No wonder, today he is regarded as one of the most successful industrialists of his time. T.V Sundaram Iyengar was also a forward thinker and a stringent follower of Gandhian philosophies.

T.V Sundaram Iyengar was born in 1877 in Thirukkurungudi in Thirunelveli district in present day Tamil Nadu (then a part of Madras Presidency). Sundaram Iyengar started his career as a lawyer after which he moved on to work for Indian railways and later in a bank.

With his humble beginning as a lawyer, he grew into one of the most successful industrialists of his time. The Flagship Company of the group is TVS Motors established by his son T.S. Doraiswamy.

He laid the foundation for road transport industry in the erstwhile Madras Presidency through the state's first bus service. The TVS group he thus started now extends from motor industry, auto services to financial services.

As Sundaram Iyengar always had a passion for business, he left his job and ventured into motor transport industry.

In 1912, he started the first bus service in the city of Madurai.

In 1923, he established the T.V Sundaram Iyengar and Sons Group of Companies, which paved way for the origin of the 'TVS Group'.

During the Second World War, when Madras Presidency faced huge petrol scarcity, he went on to design and start TVS Gas Plant in order to meet the demands of the people.

Thus, a business, which started as a passion of a single man, evolved into a flourishing family business. Four distinct branches began to work under the name 'TVS'. TVS group is currently the largest automobile distribution company in India.

The group functions in varied fields like automotive component manufacturing, automotive dealerships, electronics and finances and employs 40, 000 people. They are also into IT solutions and services.

T.V Sundaram had five sons and three daughters and the business was shared by the male members of the family.

T.S Santhanam, the youngest son of T.V Sundaram, is the founder of 'Sundaram Finance' and is regarded as the 'Father of Truck Finance Industry' in India.

The history of TV Sundaram Iyengar and Sons group of companies can be traced back to Thirukurungudi Venkagaruswamy Sundaram Iyengar who quit his lucrative careers in railways and started his own business.

He initiated the first bus service in Madurai and consolidated their presence in the transportation business in a period when such a kind of business was nowhere heard of, especially in Southern India.

Sundaram Iyengar passed away on April 28, 1955 at his residence in Kodaikkanal at the age of 78. 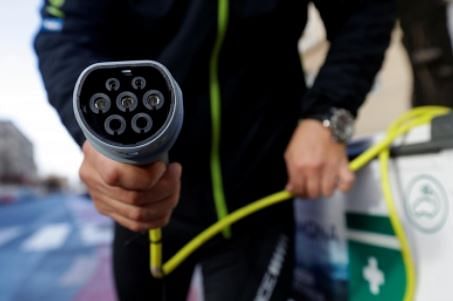