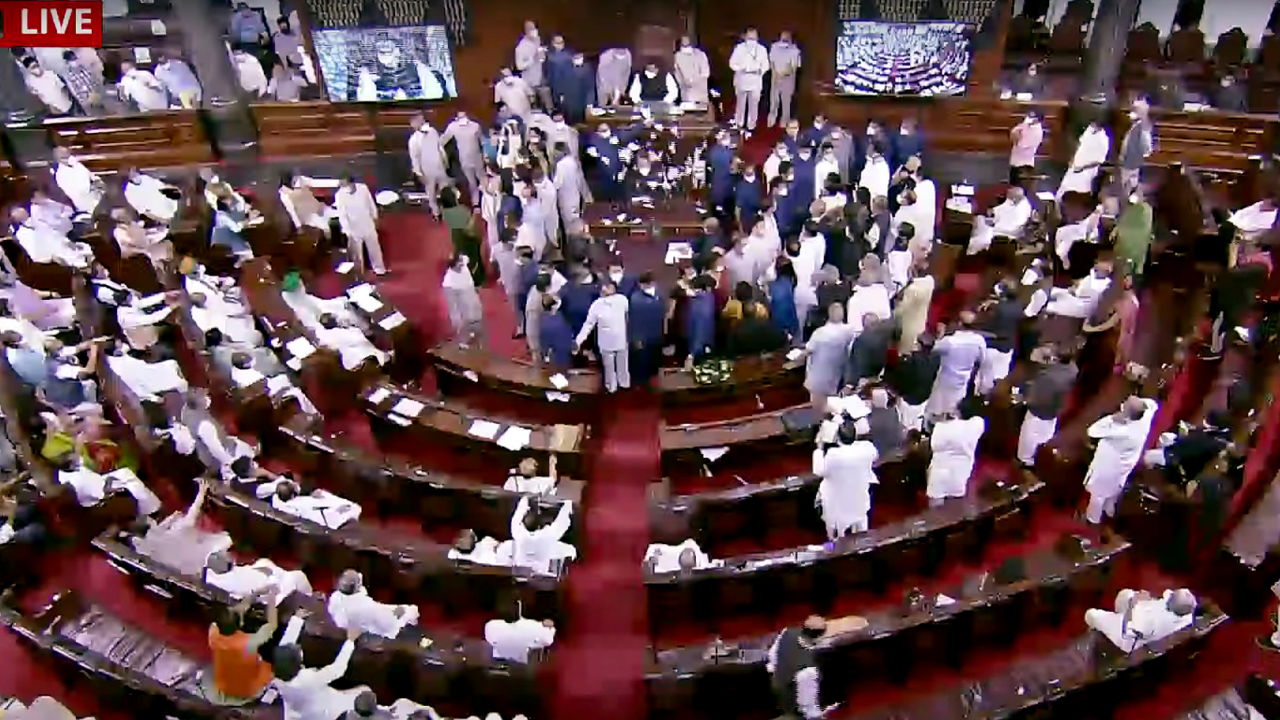 Opposition MPs create uproar in Rajya Sabha during the Monsoon Session of Parliament, in New Delhi on Wednesday. | ANI

The Ministry of the Parliamentary Affairs on Thursday said that altogether 22 Bills were passed in the Monsoon Session of Parliament which was adjourned sine die on Wednesday. This Session provided 17 sittings spread over a period of 24 days, though, it was originally scheduled to have 19 sittings from July 19 to August 13,2021, was curtailed due to continuous disruptions in both the Houses of the Parliament.

During the Session, 22 Bills were passed by both the Houses of Parliament which includes two appropriation Bills relating to the Supplementary Demands for Grants for 2021-22 and the Demands for Excess Grants for 2017-2018 which were passed by Lok Sabha, transmitted to Rajya Sabha and are deemed to have been passed under Article 109(5).

Some important financial Bills passed by the Parliament included the Taxation Laws (Amendment) Bill, 2021 provide that no tax demand shall be raised in future on the basis of the said retrospective amendment for any indirect transfer of Indian assets if the transaction was undertaken before May 28, 2012.

The General Insurance Business (Nationalisation) Amendment Bill, 2021 provides for greater private participation in the public sector insurance companies and to enhance insurance penetration and social protection and better secure the interests of policy holders and contribute to faster growth of the economy.

The Deposit Insurance and Credit Guarantee Corporation (Amendment) Bill, 2021 enables easy and time-bound access by depositors to their own money, even when there are restrictions on banks. It is proposed to provide that even if a bank is temporarily unable to fulfil its obligations due to restrictions such as moratorium imposed on it, depositors can access their deposits to the extent of deposit insurance cover through interim payments by the Corporation.

The Limited Liability Partnership (Amendment) Bill, 2021, seeks to convert certain offences into civil defaults and changes the nature of punishment for these offences.

The Factoring Regulation (Amendment) Bill, 2021 is to help micro, small and medium enterprises significantly, by providing added avenues for getting credit facility, especially through Trade Receivables Discounting System. Increase in the availability of working capital may lead to growth in the business of the micro, small and medium enterprises sector and also boost employment in the country.

Apart from these financial Bills, three Bills to transport sectors were passed in this session. These are, the Marine Aids to Navigation Bill, 2021 which provides for the development, maintenance and management of aids to navigation in India; for training and certification of operator of aids to navigation, development of its historical, educational and cultural value; to ensure compliance with the obligation under the maritime treaties and international instruments to which India is a party. 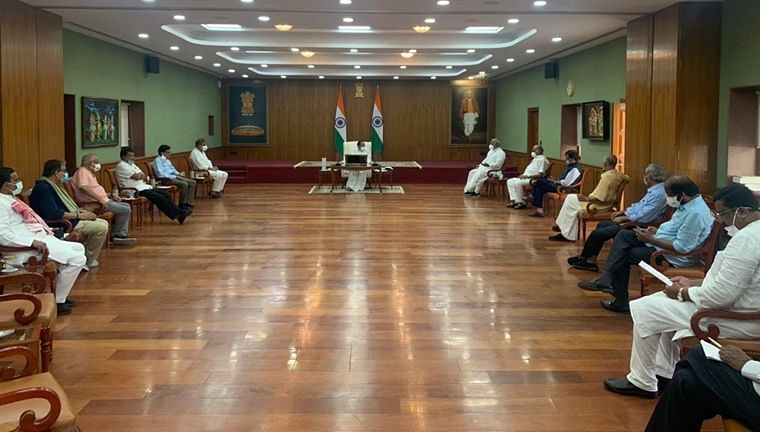 The Inland Vessels Bill, 2021, promotes economical and safe transportation and trade through inland waters, to bring uniformity in application of law relating to inland waterways and navigation within the country, to provide for safety of navigation, protection of life and cargo, and prevention of pollution that may be caused by the use or navigation of inland vessels, to ensure transparency and accountability of administration of inland water transportation, to strengthen procedures governing the inland vessels, their construction, survey, registration, manning, navigation.

The Airports Economic Regulatory Authority of India (Amendment) Bill, 2021 proposes to amend the definition of "major airport" so as extend its scope to determine the tariff for a group of airports also, which will encourage development of smaller airports.

The Constitution (One Hundred and Twenty-Seventh Amendment) Bill, 2021 seeks to adequately clarify that the State Government and Union territories are empowered to prepare and maintain their own State List/Union territory List of socially and educationally backward classes. This was the only Bill which was passed after due deliberation in the both Houses of the Parliament.

The Constitution (Scheduled Tribes) Order (Amendment) Bill, 2021 to modify the list of Scheduled Tribes in relation to the State of Arunachal Pradesh.

Two Short Duration Discussions under Rule 176 were held in the Rajya Sabha on "the management of Covid-19 pandemic, implementation of vaccination policy and challenges of the likely third wave" and on "the agricultural problems and solutions" which remained inconclusive.

Further, One Bill namely "The Tribunals Reforms (Rationalisation and Conditions of Service) Bill, 2021" and one old pending Bill namely "The Indecent Representation of Women (Prohibition) Amendment Bill, 2012" were withdrawn in Lok Sabha and Rajya Sabha respectively, the Ministry said.