YouTube confirmed that it broke the record for the most viewers for the premiere of a music video.

According to GWR report, "Butter" has broken the record for the most viewers for the premiere of a video on YouTube with 3.9 million concurrent viewers.

YouTube confirmed that it broke the record for the most viewers for the premiere of a music video.

They have also broken the record for the most-viewed K-pop group YouTube music video in 24 hours.

Besides YouTube records the BTS single on Spotify also garnered 11,042,335 global streams in a day.

They may have missed the Grammy trophy this year but global K-pop sensation BTS on Friday said they will continue to aim for the award through "Butter".

"Butter" is a dance-pop track with musicians including Rob Grimaldi, Stephen Kirk, Ron Perry, Jenna Andrews, Alex Bilowitz and Sebastian Garcia helping in writing the song. RM also worked on the track to bring their signature style to the song.

The video of the song features their trademark high-energy choreography, a combination of group and unit dances executed in razor-sharp precision.

Earlier this week, BTS won big at the 2021 Billboard Music Awards by taking home trophies in all the four categories they were nominated in.

They took home the award for top selling song for their first English single 'Dynamite' and lit the up the BBMA's stage with their debut performance on "Butter".

Meanwhile, BTS has announced that an online live-streaming event 'BTS 2021 Muster Sowoozoo' will take place in celebration of the eighth anniversary of BTS and its 'army' of fans.

The two-day event will take place on June 13 and June 14 - WORLD TOUR VERSION (with some of the act's foreign language songs).

Read Also
'Our prayers are with India': BTS' message to Indian fans as country battles COVID-19 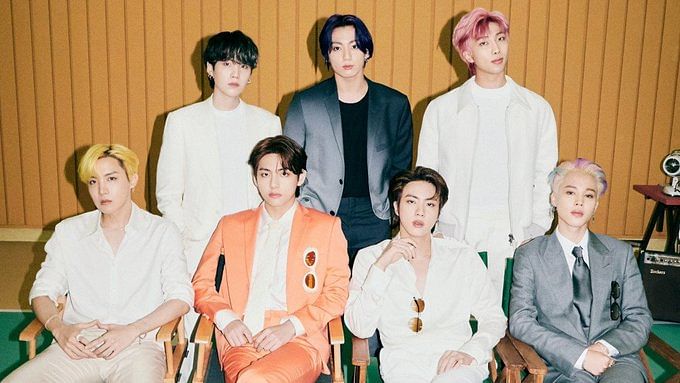