Shay can be seen breastfeeding her daughter in a dark green dress. She captioned it as “Breast friends forever.”

Earlier this year, Pretty Little Liars actress Shay Mitchell, announced she was pregnant with her boyfriend Matte Babel. She shared the news with a picture flashing her baby bump. Not restricting herself to just sharing a picture, the actor posted a clip of her revealing about her pregnancy on her Youtube channel where she also gave a glimpse of her baby through an ultrasound.

In October, Mitchell announced the birth of her baby girl Atlas Noa. She took to Instagram to share an extremely adorable picture holding her daughter's hand, and wrote, "Never letting go".

Now, she has added another brow raising picture on Instagram, in a bid to clap back at ‘mom shamers.’ Shay can be seen breastfeeding her daughter in a dark green dress. She captioned it as “Breast friends forever.”

The birth comes after Mitchell revealed in January that she'd had a miscarriage in 2018.

Shay has been quite vocal of the fact that she doesn't pay heed to those who criticise her in terms of parenting. “I know what I’m doing,” the Dollface actress told PEOPLE. “I have such an amazing support system. I’m having such a great time with her and I just don’t really pay attention to [critical comments]. But it’s never about me at the end of the day, it’s about these other people, so I’m just gonna let them say what they wanna say but it doesn’t really affect me", she added.

On the work front, Mitchell was last seen in a 2018 horror film 'The Possession of Hannah Grace' and Netflix psychological-thriller show 'YOU'. 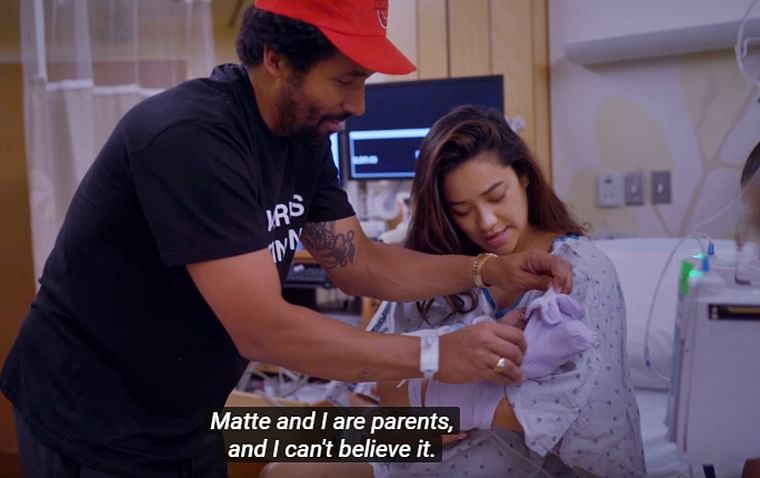