Washington D.C.: Shay Mitchell has announced the birth of a baby girl in the cutest post ever and we are all for it.

The 'Pretty Little Liar" actor took to Instagram to share an extremely adorable picture holding her daughter's hand to declare the birth of her baby girl.

"Never letting go," the actor captioned a photo of herself holding her child's hand.

Mitchell announced her pregnancy over Social Media in late June, joking in the caption of a topless maternity snapshot: "Does this mean I'm allowed to drive in the carpool lane at all times now?" "There is something in the oven and it's not my pizza!!! WOW ... It's kind of surreal processing the fact that another human is growing inside of you," the 'Miss Saigon' actor wrote in the description of her two-minute announcement video.

The 32-year-old says that she doesn't plan on taking a long break from work.

"My entire team knows that there's no maternity leave for me. I do a lot of my work on my phone, and I have another company that I run. I love what I do, so for me, it doesn't feel like work." She also said that she and Babel "agreed right away" on their little girl's name, reported People magazine.

Babel, a Canadian TV star, praised his girlfriend in an Instagram post after her announcement, writing alongside a photo of her showing off her baby bump.

"The strength, vulnerability, and grace you've had during this pregnancy has left me in awe, you're going to be an incredible mom. We're lucky to have you, love you," said Babel.

The couple learned the sex of their little one in an extremely unconventional way: by watching Pink and Blue Power Rangers duke it out, until the Pink Ranger emerged victoriously.

The birth comes after Mitchell revealed in January that she'd had a miscarriage in 2018. In an Instagram story recapping her year, the 'You' star wrote: "Although it was an amazing year, it didn't come without some hardships." She posted this in the context of a miscarriage that she went through in July after 14 weeks of gestation.

She continued expressing her grief stating, "Of course I'm super happy, but I still feel for the one that I lost." Mitchell said: "I know other women and other friends of mine who've gone through a way harder journey ... It's just really tough because you feel broken, as a woman, and that's not a great feeling." 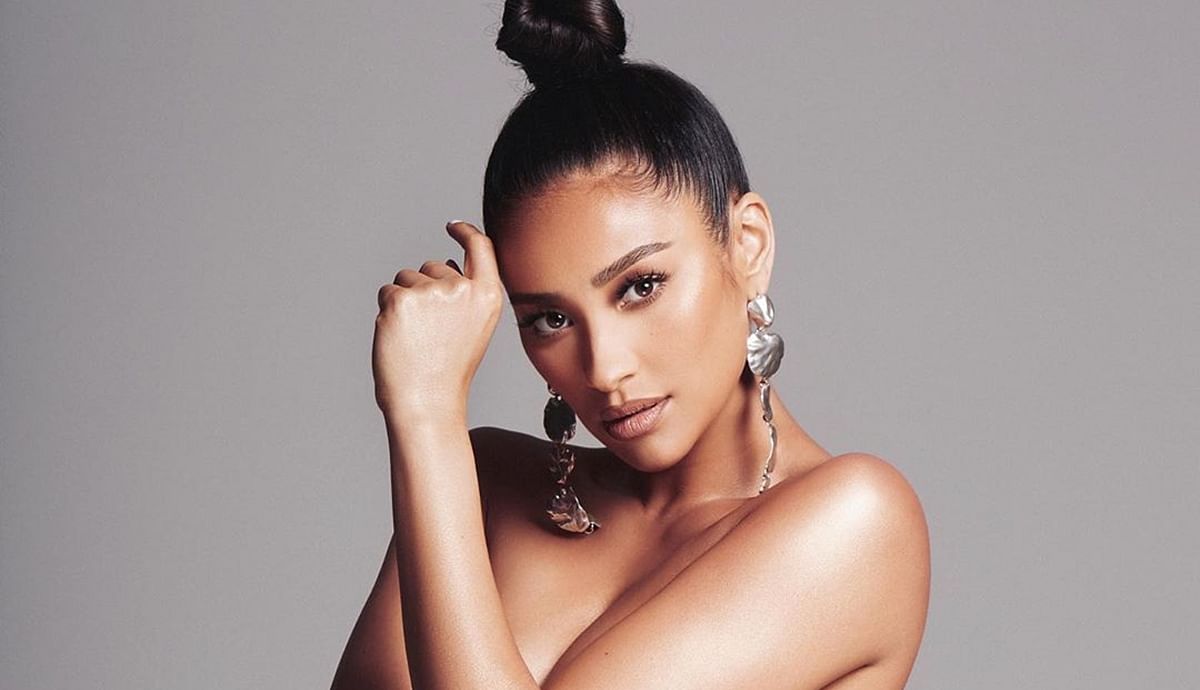