Docu dramas are the king this week as they veer from sports sagas to hilarious comic stars. Hair-raising macabre crimes and thrillers, a fave with OTT audience, too rule. A happening ‘n’ a hip week, indeed. Enjoy!
Sumita Chakraborty 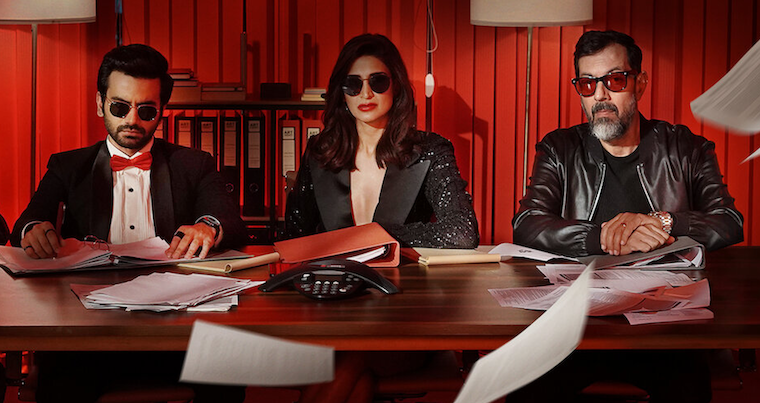 Sintonia is a Brazilian crime drama directed by Kondzilla. It’s based on teens and their lives which revolve around living in slums, hooliganism, religious fascism and petty to hard crime. The first season had a unique storytelling vibe, which ended in a cliffhanger. Season 2 continues with the tale of Rita, Nando and Doni, who months later still remain close. But as the trio embraces new paths, can they continue to thrive while staying true to their roots? This is indeed fascinating.

The first series (2018) ended up becoming extremely popular; the second series, too, got a lot of acclaim. Season 3 that released recently, spotlights Luis Miguel, the protagonist, again. This time, to overcome personal struggle, he’s contemplating talking about his life and relationships, including the one he struck up with Mariah Carey in the ’90s. A tell-all, this is very interesting!

Grisly, shocking and emotional… Decades after a 14-year-old boy brutally killed his family in Jerusalem in 1986, this documentary revisits the horrifying crime. Why did he do such a thing? Was it for revenge, or was this boy a psychopath? Interviews with friends and family add more light to this horrific incident until the shocking truth becomes much clearer. This documentary is indeed well-made.

A spin-off of a French series with the same name, this show spotlights four ‘whiz’ talent agents who are in the rat race to reach the top. Starring Aahana Kumra, Ayush Mehra, Soni Razdan and Rajat Kapoor, this eight-part series delves into the glittering yet grime-tinged world of Bollywood that veers from pulling off casting coups to calming celebrity egos. Indeed the drama never stops for these four Mumbai talent agents hustling to save their sinking company. Hilarious yet so true, this show definitely appeals.

Starring the hunky Jared Padalecki, this hard-hitting crime drama series revolves around undercover cop Cordell Walker, who returns to his hometown Austin after two hard years to be with his family. He’s a widower and father of two, and he must also tackle life after the suspicious death of his wife. Battling the raging hormones of his young son and daughter, his observant mother and prototypical rancher father, Walker trips his way through life, love and lust.

This sports docu-series is an interesting take on Argentina’s football legend Diego Maradona. It narrates interesting anecdotes and so many unknown facts about the legend and his early life. It shows how Maradona became the genius that he was known to be only because of his baptism with fire which was through the various twists’ n’ turns in his challenge replete life. With in-depth interviews from people who matter, this docu-series is fascinating.

It’s funny, smart and sassy. The series features Larry David, Cheryl Hines, Jeff Garlin, Susie Essman and Richard Lewis. Larry David is having a blast enjoying the good life out in Los Angeles, and since he is the king of faux pas, he stumbles through one embarrassing (of his own doing) incident to another. Indeed, this is a laugh-a-thon as Larry David shows a rare ability of having the courage to laugh at himself. Weekend Binge List: From K-sagas to reinvented Sci-fi... Here are the BEST shows/movies on OTT