Weekend Binge List: From K-sagas to reinvented Sci-fi... Here are the BEST shows/movies on OTT

From grisly K-dramas to sci-fi escapades, cute romance to dramatic sagas, this week, the OTT has everything and more for you... Enjoy!
Sumita Chakraborty 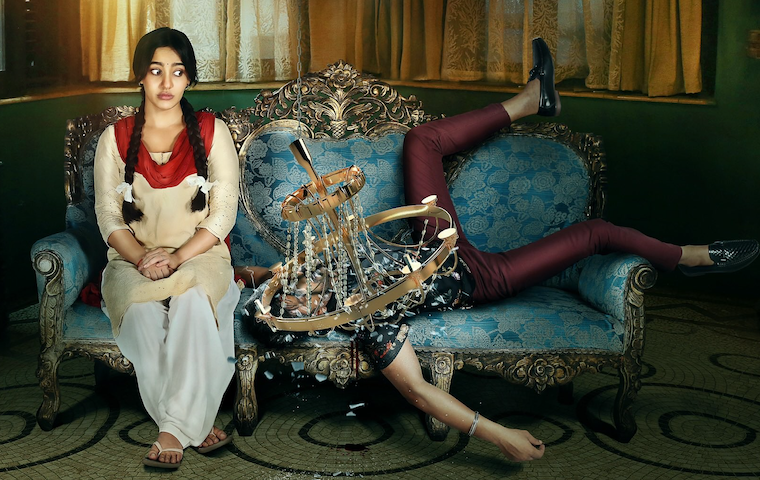 Title: The Raincoat Killer: Chasing a Predator in Korea

This is one of the grisly Korean dramas that have been most talked about. In the early 2000s, Yoo Young-chul hammered his victims to death and cast fear across Seoul. This docu-series recounts the hunt for the deadly killer. It’s shocking, factually correct and visually on point. If you like real-life thrillers, this is for you.

One of the most awaited dramas, this show has everything — a wedding, a funeral, a new family member and a whole lot of drama that up the stakes for the Colbys and Carringtons this season. There’s lots of scheming, heartbreaks, nook ‘n’ corner romances and of course, screeching catfights. You just don’t want to miss this one.

Title: After We Fell

It’s a super passionate, fiery love story that has many twists ‘n’ turns. Tessa and Hardin’s passion burns hotter than ever. But with secrets kept and promises broken, desire alone won’t be enough to build a future together. Can they find a middle path? Can they go beyond their passions to find their true self? It’s a romantic saga that will definitely engross the viewers.

Title: Maya and the Three

It’s a drama set amidst ancient foretelling and promises, a Meso-american-inspired warrior princess embarks on a quest to fulfil an ancient prophecy to save humanity from the vengeful gods of the underworld. Can she achieve it? Or will the vengeful Gods wreak havoc even before she can achieve her goals?

This K-drama is truly remarkable. Yoon Jong Woo, an aspiring crime-fiction writer, moves to the big city for a job. He doesn’t have much money, and his living conditions include a cheap apartment building with questionable neighbours and mysterious occurrences. How will the chapters of his life unfold? Can he control his destiny, or is his life accelerating at an alarming speed with the brakes all jammed up?

The sun, surf and sand… this is a typical beach day fare, which warms the cockles of the heart. It’s a time to enjoy bedtime stories and fun with best friends! So go ahead and enjoy Cory Carson’s Go! Go! that is always on the go for more laughter and heartwarming lessons in Bumperton Hills!

A lot of bingers love sci-fi, and this is a reinvention of the cult favourite sci-fi series, The 4400, which fascinatingly dives into a tale of 4,400 people who mysteriously vanish off the face of the planet. Where they go, nobody knows. But they find themselves back on Earth, 100 years later, without having aged a day or any trace of a memory of what events have transpired since their disappearance. They are now left with the mountainous task of grappling with their newfound existence in the ever-changing world. Fascinating!

This is a story of three young women who have complicated romantic lives. They are in an emotional turmoil until they decide to take control of their personal lives and stand up for themselves. Have they really liberated themselves or have they just adjusted themselves to finally understand what’s ticking in their hearts? This take on what women like is truly enjoyable!

An original Zee5 film, it revolves around the protagonist Lallo, a 30-year-old unmarried girl who lives a life of a recluse but who actually yearns for true love. She works as a caretaker, and just when her life seems to be bereft of any hope, she inherits her employer’s property. This is a well-made film, very watchable!