Want my audience to grow with me and share my taste, says 'Gully Boy' actor Siddhant Chaturvedi

New Delhi: He rose to fame playing rapper MC Sher in "Gully Boy" and is currently enjoying the success of his debut attempt as a singer, "Dhoop". Actor Siddhant Chaturvedi says his goal was not to establish himself as an established singer but to bring happiness and a feeling of hope among people during the lockdown.

Siddhant's track dropped on June 4 and currently it has over 2,06,414 views on YouTube. "My goal was not to showcase myself as an established singer. My goal was that this is my vibe. My taste in music or whatever my taste is as a personality. The films I have chosen or the career graph I have chosen. So, I want the audience to understand me as a person and my taste is whatever I do. I want my audience to grow with me and share my taste. Everything should be inspiring and contributing into their lives as well," Siddhant said.

He stressed that he wants to make a difference in other people's lives with his work. "That's why I am here and not because I want to be famous -- a good-looking guy who made it. Those things don't interest me. I really like it if people listen to my song and are feeling happy and hopeful," he added.

Siddhant himself penned and sung the number. The music was composed and produced by DAWgeek, whom he met during an audio session for "Bunty Aur Babli 2". "The song's purpose is that sitting in home you can do something. I am bored, a lot of people were having mental issues. A lot of them felt low and disconnected. Even I did initially, because it has just been a year for me that I have been on the run and suddenly everything stops," he said.

The actor said he has not been checking the views for his song because they had no marketing planned for it. He was not even sure of releasing the track. The actor shared that he did not want to do a rap number as he is not into the genre. "To be honest I was trying to stay away. Coming out of a musical film if I dropped a rap or anything then people would think I am a rapper, which is not true. It is a skill set acquired in the film. I am not into rap. The music that I like is John Mayer, Ed Sheeran, Armaan Malik or Arijit Singh type -- mellow is my vibe and rap is not. I never enjoyed rap," he said.

But he was always very passionate about singing and would keep practising. "I was just doing all this thinking that someday I will get a role in a good musical. So, I might get to sing my own song because I want to do that. I was just preparing for that."

"I was consciously trying to stay away from rap because a lot of people who don't know me still think I am a rapper," said the actor. He recalls how it all started: "DAWgeek said I am sending you something, just hear it. Using these four-five lines he made this cool musical version of this song. I just had the first four lines and then I wrote the whole song. Then I tried it. I have a very basic mic set-up at home and even record myself at times."

But recording the songs came with a lot of challenges. Siddhant shared that to cut out the other sounds like the dishes clinking or people talking, he set up a "curfew" at home. "I had a different curfew set at my home while recording this at home. There was a lot of comedy too -- for half an hour I used to impose a proper curfew at home. That's how I recorded it," he recalled, describing "Dhoop" as a zero-budget number involving only three people -- DAWgeek, his father and him. 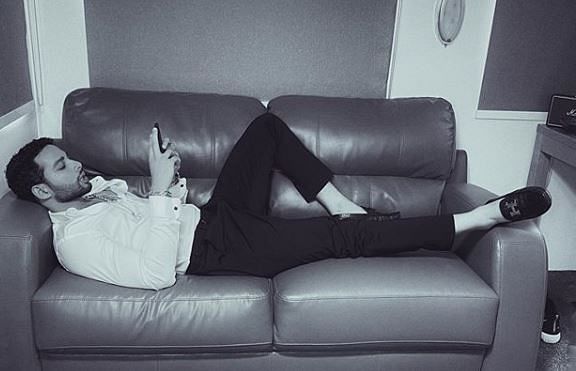 HomeEntertainmentWant my audience to grow with me and share my taste, says 'Gully Boy' actor Siddhant Chaturvedi