The Secrets We Keep: Intense performances keep you hooked till the end

Implausibilities are offset by nail-biting tension in adroitly helmed sequences

How does one forgive something that seems unforgivable? For the happily married protagonists at the heart of this morality tale-cum-psychological thriller, forgiveness doesn’t enter the equation.

Replicating the plot of Ariel Dorrfman’s play Death and the Maiden, which Roman Polanski adapted into a film, Israeli director Yuval Adler, and American actor-writer Ryan Covington, interfuse the minefield of marital intimacy with deception and secrets that test the marriage bond.

Set 15 years after World War II, the film follows European emigre Maja (Noomii Rapace), who lives with her American doctor husband Lewis (Chris Messina) and son Patrick in a small town and soon becomes convinced that new neighbour, Thomas (Joel Kinnaman), is the Nazi who was complicit in the gang rape and murder of Romanis (gypsies who originated front India).

The protagonists are not Jewish, but Christians, a tiny cross round Maja’s neck is discarded after just one scene, an act that parallels her renunciation of the Christian (not to speak of Hindu, Jain and Buddhist) ethic of non-violence and forgiveness. Maja’s happy mood in the idyllic opening sequence quickly segues into the harrowing memory that she thought she had long buried. From thereon, Adler cloaks much of the narrative in a noirish ambience that reflects the psychological repercussions of wartime violence.

Adler-Covington are astute in depicting human nature: When Maja rushes out bloodied and bruised, her son retreats in fear while her neighbour scurries homeward.

The 50s setting is aesthetically recreated, and the director extracts intense performances from Messina and Rapace, who is herself of Romani lineage. Killaman is effective as the hostage trussed up in Maja’s basement, and Amy Seimetz shines in a small role as his distraught wife, Rachel.

It boggles the mind though that Maja is able to easily abduct sturdy Thomas in broad daylight all by herself. Implausibilities are offset by nail-biting tension in adroitly helmed sequences. A war crime is depicted in disjointed chromatic flashbacks, attesting to the fragmented memories of the traumatised victim.

Homage to Hitchcock is evident when Maja pursues Thomas to a theatre screening North by Northwest in which Cary Grant is mistaken for someone he is not. What if Thomas was innocent as he initially claims to be? If not, can revenge be justified? The film skims diverse possibilities. Adler-Covington do not adequately address this issue. But then they crafted a movie, not a book.

Film: The Secrets We Keep

Read Also
This new adaptation of 'The Personal History of David Copperfield' resonates with 21st century... 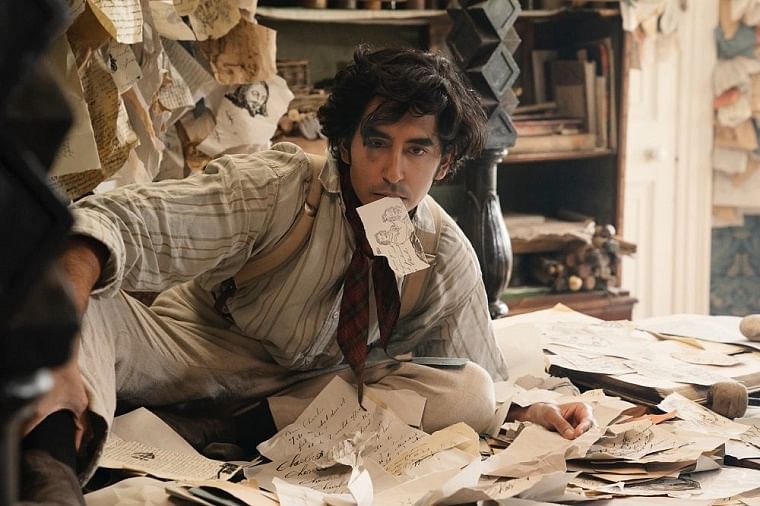 HomeEntertainmentThe Secrets We Keep: Intense performances keep you hooked till the end