At the outset, it is important to note that The Personal History of David Copperfield is the 14th film adaptation of the eighth, and arguably, most autobiographical novel by Charles Dickens who populated it with characters who are thoroughly English, and needless to add, all White Anglicans.

For this cinematic retelling, British director Armando Iannucci, and co-writer Simon Blackwell rostered dusky Indians, yellow Far Easterners, black and mixed race people, as principal and supporting characters in a non-racist society, which is complete impervious to skin tone, though plagued by other societal ills.

A super talented Indian Brownie (Dev Patel) essays the titular hero, in an effervescent, ebullient portrayal, leading the talented multi-ethnic cast, which is somehow representative of contemporary Britain. Traditionalists might find Iannucci's departure from the classic novel disconcerting, but yours truly did not. Rather, I revelled in the director’s path-breaking endeavour.

Iannucci’s Indian protagonist isn't approaching old age at all, but has gone through trials and tribulations that would break lesser mortals. For the iconic character from Dickens’s 1850 novel, writerly success is good to go down memory lane, and recall the vicissitudes, and the forbearance that helped him survive, with a little help from mentors like the affable, perpetually debt-ridden Micawber (Peter Caoaldi).

And, what has David Copperfield not endured as he struggles to make sense of personal tragedy, and fluctuating fortunes in a setting that mirrors today’s world. For a brief spell, our hero sees the good life again with his doughty aunt (Tilda Swinton), and her crazed cousin Dick (Hugh Laurie). But, the slings and arrows of misfortune strike anew, in plot twists that resonate with 21st century living.

Employing flashbacks, Iannucci and Blackwell take some liberties in their tragi-comic reboot of Dickens’s novel, dropping minor characters and subplots, but staying true to Dickens's strong belief in the triumph of good over evil exemplified by the abusive stepdad as well as the crafty, malicious Uriah Heep (Ben Whishaw).

But, where Dickens made profound observations, Iannucci makes light of addictions like alcoholism, social issues like homelessness, and the class divide, thereby glossing over grave problems, which debilitate both, individual and society.

For gas-fuelled and electric cars may have replaced horse-drawn carriages, but the human condition remains the same, rendered bearable by perseverance, courage, honesty, compassion and humour. These themes mark both source material and Iannucci’s adaptation. The comical elements which suffuse Dickens’s text, Iannucci's heart-warming iteration highlights with gusto and great joy. 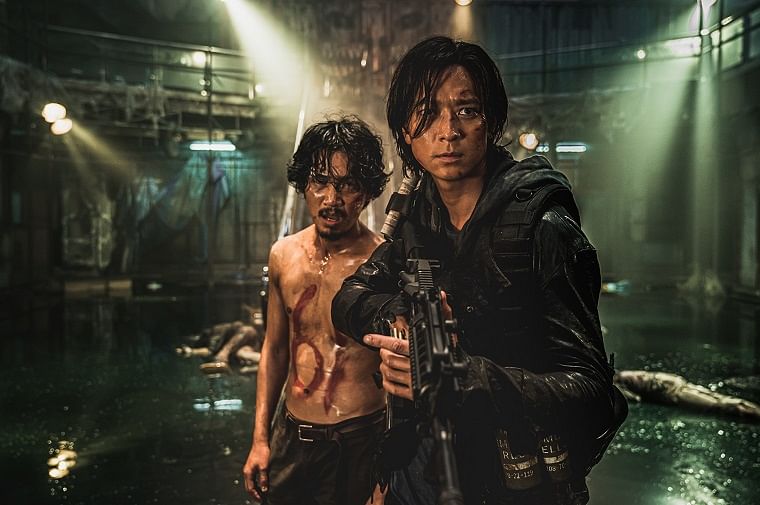