The Courier review: An engrossing spy-thriller

The von Trapp Family of Sound of Music fame fled the Nazis and settled in the US in Vermont on a farm with sweeping mountain vistas reminiscent of their beloved Austria. A Soviet agent in this compelling spy thriller wants to be rehabilitated in Montana because it reminds him of his beloved Russia.

You must be expecting car chases, shoot-outs and frenetic action. Forget it. This isn’t a Bond film. That said, let me add, The Courier is adroitly helmed by Dominic Cooke, an accomplished theatre veteran, brilliantly acted and thoroughly watchable.

The plot revolves around Greville Wynne, the British businessman essayed by Benedict Cumberbatch, who cries at a ballet performance in Moscow. Likewise, his companion, the Soviet military officer Oleg Penkovsky (Merab Ninidze) is unnerved by Soviet supremo Nikita Khrushchev’s rantings against the Western bloc (“We will bury them”) and reaches out to the Americans.

The film asserts that ordinary people can be truly heroic despite the titular character’s self-deprecating description, of being “just a salesman.” Such an unprepossessing one too, most, unlike the flashy show, offs that Cumberbatch customarily essays. It is this very quality of being ordinary that makes him the perfect candidate for the spycraft, whom the viewer sees unspooling during the Cold War. Wynne knows next to nothing of espionage and is deliberately left in the dark as viewers see it in a scene where the door is shut in his face after he escorts Oleg to his MI6 and CIA handlers. It is a brilliant scene capping previous expositions which reveal motivations like loyalty, friendship, patriotism and, prevention of nuclear war.

Read Also
Misbehaviour review: Keira Knightley-starrer is a must watch for brilliant performances and... 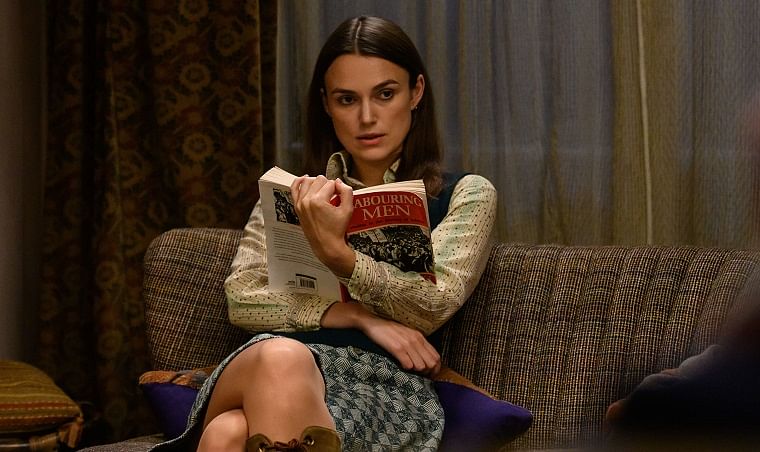 Throughout the film, relationships are well-etched out. Wynne’s long-suffering wife Sheila ( Jessie Buckley) thinks he’s being unfaithful again. From being mere spooks, Wynne and Oleg aka Alex become friends, a bond that is highlighted when Wynne insists on going back to the USSR to help Oleg who has been nabbed by Khrushchev’s murderous cohort. There is an abundance of spy movie tropes and fashionable gadgets like a secret camera, which Oleg locks in an easily accessible drawer!

Tension ramps up in Lubyanka Building, the headquarters of the Soviet Federal Security Service, its grimness showcased through moody cinematography, with the iron hand of Soviet Communism on full display (btw, almost everyone is a snitch.). “Would I be putting myself in danger?” clueless Wynne had asked the CIA/MI6 team. Alas, he never sees what's in store for him from the KGB (Guantanamo Bay seems unreal with waterboarding and rock music all night long.) The end credits elaborate on the tragic consequences of the pervading hostile geopolitics. The more things change, the more they remain the same. Sigh!