People in different time zones are united over a zoom workshop; that's the power of art: Makarand Deshpande

Is physical distancing actually bringing the world closer? It indeed is, and art is the superglue that might keep it together, insists the actor
Ananya Ghosh 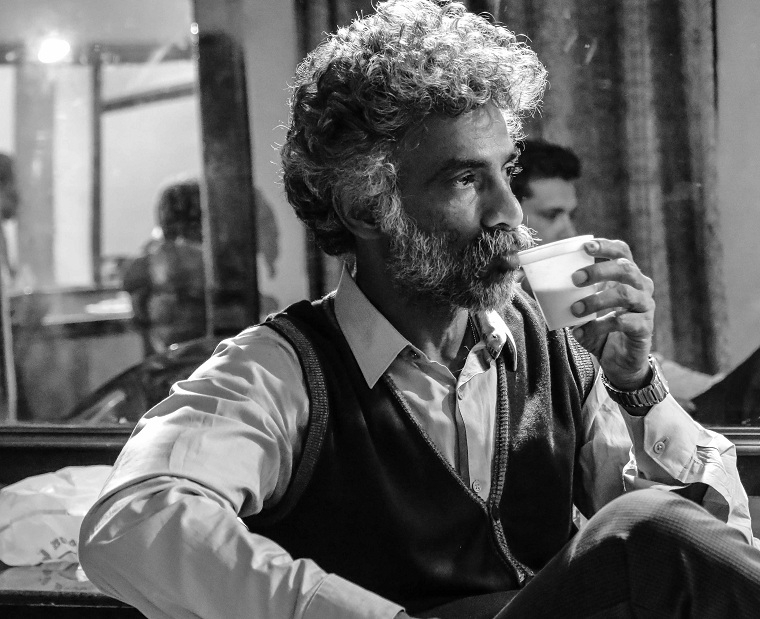 While the theatre community is trying to find newer ways to embrace the new normal, one man absolutely acing the game is Makarand Deshpande, the original rock star of Mumbai stage. Not only is he doing online workshops, he has also recorded his most popular and longest running play, Sir Sir Sarla for TataSky Theatre, and he has almost finished writing his next play!

“I wanted to start an actors’ gym for the longest time. You flex your muscles, tone your body, go to spas for your skin, take care of all the paraphernalia, but what do you do to actually hone your skills as an actor? It is not that you wake up one morning and start acting. You need to constantly keep polishing your skills. You need to do certain acting exercises to keep the actor in you in optimum shape, you need to build an emotional spine,” says Makarand adding that although he was mulling over starting something of this sort for quite some time now, the lockdown actually gave him the time to put his plan into action. “As I went ahead with the sessions I realised that it was working better online as people are actually more relaxed in their own comfortable spaces, they are in their house and they are far less inhibited. You don’t have to coerce them; they are already in the right mind frame. Slowly they get sucked in,” explains Makarand who started his online acting workshops as early as June.

Apart from his own workshops, he was also part of Workshops@Prithvi, a series of specially curated and completely interactive digital classes organised by Prithvi Theatre. “With Prithvi, they created a wonderful set for the workshops where I could go and sit and conduct the session. It had very interesting lighting and backdrop, so it kind of remained like a theatre space from where I was doing the workshop from.”

Makarand has realised the potential of the digital space, especially how a zoom window can break the boundaries created by time and space. “When I would usually conduct a workshop at Prithvi, only people from the city, that too mostly people living nearby would attend. But now I was getting participants from across the globe, from California, Melbourne and Oman to Akola and Bangalore. That was the key realisation. There are so many people who are interested and want to be part of such sessions, but would otherwise not be able to because of the geographical distance.”

Maybe physical distancing is actually bringing the world closer! The very fact that the participants were sitting in different parts of the world in different time zones, some were attending post breakfast, some post dinner, created a very unique ambience and led to unique conversations. “Bahut mazaa ayaa. We talk about how religion, etc., creates a divide, but here you are, people united in a Zoom call for a workshop. That is what art does, it brings people together. Also, I realised that I can stretch myself and reach the word. Aapki filmein chali jati hai and people can watch those across the globe, but you can’t reach out as a person. It is your character that travels. Here I, as Makarand Deshpande, could meet those people.”

Though Makarand has done the Bollywood thing several times, giving stellar performances in mainstream films like Satya (1998), Jungle (2000), Swades (2004) and Makdee (2002), and most recently in Sadak 2, he is first and always a theatre actor.

But Makarand admits that there were challenges as well, as with everything that you try for the first time. “First, we are all so used to meeting people physically that it took some time to get used to the medium. Then there was an issue of the fluctuating internet speed, there were often disturbances with people moving or talking inside the house, also, not everyone is comfortable in front of the camera,” he says adding that for him the surroundings or the noise have never really become an obstacle when he is at work. “I have written most of my plays sitting at Prithvi Café, where people come and go, often stop by to meet me, and there is loud chatter. The only thing one was worried was to figure out and adapt to the technology, which turned out to be fairly simple once you get used to talking to people sitting in Zoom windows.”

Although meant for just a few hours, many of his sessions went for 4 to 6 hours! And that is because people not only found an acting teacher in him but also a life coach, a mentor. “Even at Prithvi, before starting a play, I would always go and talk to the audience for 5/10 minutes to get them in the right zone; I did the same with these workshops. It helped people ease into the sessions. Also, I was not meeting them just as a theatre practitioner but also as a person because I have always believed that life cannot be different from your art.”

In a previous interview we had discussed how theatre cannot and should not be recorded. While talking about the beauty of live performances and theatre as an art form, Makarand had then said: “The real charm of a play is that it is ephemeral: like life, it can’t be replayed. You see it once and then you relive it in your memories.”

But with time, he is adapting to newer ideas and is mighty excited about the play now reaching a much wider audience. “I agreed to it because I wanted to see what happens if we can shoot it well and keep it real-time. It is not that we have just fit four cameras in front of the stage and shot it. It has been adapted for the setup, the sets were done accordingly, there is new imagery, and it was meticulously shot keeping in mind that it should not look like a movie but retains the essence of a play.”

Apart from this, the prolific writer known for his original plays has also finished writing two new scripts during this lockdown. One is a farce in Marathi and the other is a Hindi musical. “I am still working on the music of the second,” he says. Coerce him a bit and he reveals, “It is called Brando ka Pyar. It is my favourite work of me! I might actually even consider turning it into a movie for OTT. I want it to reach out to a wider audience!”