To direct Hindi remake of his recent release, Krack, which is enjoying box office success down south

Director-writer Gopichand Malineni is riding high on the success of his recent Telugu release, Krack. Starring Ravi Teja and Shruti Haasan, the theatrical release has managed to rule the box office down South. And, now, we learn that the director has his eyes set on Bollywood!

Gopichand, who missed the Bollywood train in 2010 when he had the chance to remake his movie Don Seenu, is vying to make inroads into Tinsel town. The director already has a Bollywood connection — he has worked as an associate director for a part of the Aamir Khan-starrer, Ghajini. “Producer Ramesh Taurani had purchased the rights of my first film, Don Seenu, then. He wanted me to direct the film in Hindi. At that time Akshay Kumar and Shahid Kapoor were keen to play the lead, but it could not materialise, since I was busy,” Gopichand informs.

But, now, owing to the success of Krack, the director is receiving many offers to remake his film in Hindi. And, Gopichand is keen on directing the remake himself. “I have been offered to remake Krack in Hindi, which I will be directing. But it will take some time, as nothing has been finalised yet. I want to collaborate with Bollywood producers who will understand the need of the script and have pan Asian audience,” he adds. Ask him if he has names in mind for Krack remake, pat comes the reply, “Salman Khan, Ajay Devgn and Ranveer Singh... They can pull off Ravi Teja’s character with ease.” 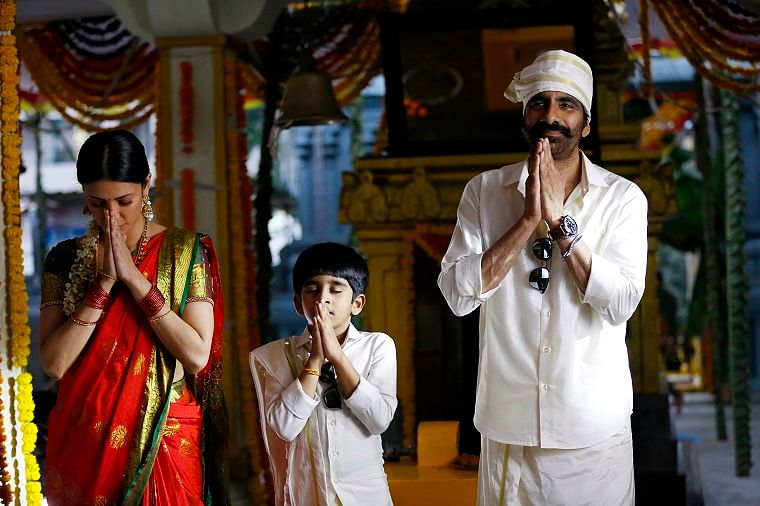 In the past few years, several South Indian movies have been remade into Hindi, and have enjoyed a great run at the box office — Kabir Singh, Bodyguard, Singham, to name a few. So, what is the draw of the South film industry that time a blueprint for many Bollywood films? Is there a dearth of good writers? “Just because Bollywood is remaking our films doesn’t mean there’s a dearth of good writers. I feel, right now, good scripts are being penned in Bollywood and Tollywood. And, we can exchange good scripts. Hindi scripts are being remade in Tollywood as well.”

Gopichand is currently working on an actioner. And, sources in the know reveal it’ll feature Nandamuri Balakrishna, son of the legendary N.T. Rama Rao. But, the filmmaker deftly avoids confirming any news related to the film. “This action entertainer will be made by a big production house, and will feature a big hero,” he signs off.