'It's the highlight of my career': Lara Dutta on her scene with Naseeruddin Shah in 'Kaun Banegi Shikharwati' 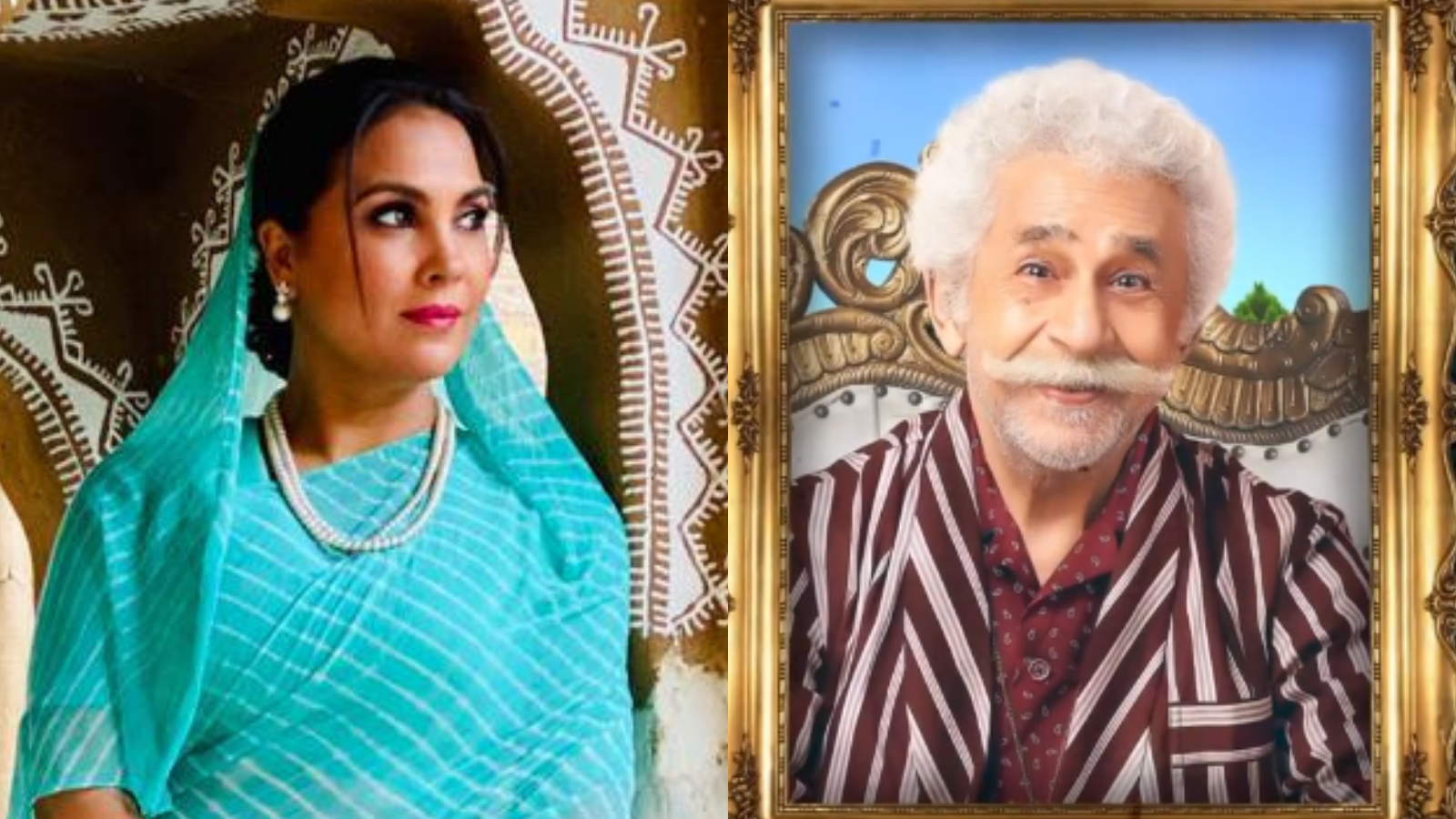 Lara said the scene which she did with the veteran actor was one of the most special scenes that she has done in her career.

"For me, the greatest highlight was the scene that I did with Naseer Sir. That scene was one of the most special scenes I have done in my career. He is an incredible person to observe at work. His dialogue delivery, his timing is so perfect. Every time I was around him on set I would just be gobsmacked. I was trying to soak up as much of it as I could. He is very kind and patient on set," Lara said.

"Having four young women around him who are not as experienced as he is, I am pretty sure we tested his patience a couple of times but he never really lost it. He was very very patient with us. Even Raghubir Sir's comic timing is just incredible and it was such a joy and pleasure to watch him do a scene. As someone who has done a lot of comedy in my career, it's such a thrill to watch another good comic actor watch their timing and delivery. This is a sort of invaluable experience that you get in your career to learn from the actors who are so senior and far more experienced than you are," Lara added. 'Mahesh and I are not living in the industry 24X7': Lara Dutta Bhupathi on striking the perfect...

'Kaun Banegi Shikharwati' is a dramedy based on the life of the Royal King (Naseeruddin Shah) and his dysfunctional family.

The trailer gives a glimpse of all the madness one can expect in the series. It takes one through the exhilarating journey of Raja Mrityunjay and his daughters Devyani, Gayatri, Kamini and Uma who come together after years to save the Shikarwati.

The series comprises madness, the crazy riot and the royal contest the four queens go through to be the ultimate winner. This contest indeed turns the dynamics of this dysfunctional family where they bond, stay together and fight together. It will be interesting to see if they will be able to save the mahal.

The series will premiere on ZEE5 on January 7. When Naseeruddin Shah was introduced to Boomerang by Lara Dutta Bhupathi!