HomeEntertainment'I did my best to heal Parveen Babi': Kabir Bedi gets candid about the late actor, working in Hollywood, and more

'I did my best to heal Parveen Babi': Kabir Bedi gets candid about the late actor, working in Hollywood, and more

The actor has given a candid glimpse of his life in his book, Stories I Must Tell: The Emotional Life of An Actor

For someone like Kabir Bedi, writing a book is not just an episodic retelling of his life. It is more about revealing parts of himself, that almost goes unnoticed by the rest of the world. No wonder his autobiography, Stories I Must Tell: The Emotional Life of An Actor (published by Westland), has been making headlines ever since it hit the stands across the country. Here, the veteran actor talks about his journey in the Indian film industry, working in international projects, and more. Excerpts from an interview:

You have worked in a James Bond film. Did it bother you then that this particular franchise is unabashedly sexist, especially in their portrayal of women?

It was a sign of the times. Everything was sexist in our times — films, advertisements, employment, jokes, and even some laws. Times have changed and even the Bond films are giving women more three-dimensional roles. There’s even talk of a female James Bond. Now that would be interesting! Imagine the possibilities. A lot of things from the past look wrong when viewed through the prism of today’s thinking.

Read Also
'Regret not spending more time with my children': Kabir Bedi gets emotional while interacting with... How racist was Hollywood while you worked there? Have actors like Priyanka Chopra helped the cause of Asians in the West?

I wouldn’t use the word ‘racist’ but they were certainly insensitive to the need for diversity in the writing of roles. At that time, they saw nothing wrong with painting a white actor brown for a South Asian role. Today, diverse roles are being written, hence things are easier for South Asian actors. But, back then, nothing was easy, it was a real struggle. As Priyanka Chopra said when she launched my book, “Kabir paved the way so many decades ago for Indian actors to explore their talent globally…”

Osho was a rising cult figure during your heydays. Have you ever been influenced by him?

In those days, anyone with an inquiring mind was deeply influenced by Osho. I never went to his ashram but loved his thinking. He was a spiritual revolutionary. At the other end of the spectrum, I was fascinated by the philosopher J Krishnamurti, who negated all belief systems and asked people to discover truth on their own. Deepak Chopra also impressed me greatly. Most mind-blowing of all was Seth Material by Jane Roberts. Many streams of thought have led to my present beliefs, which is a chapter in my book.

Read Also
'It took 8 policemen to nail him down': Kabir Bedi on schizophrenic son Siddharth's suicide 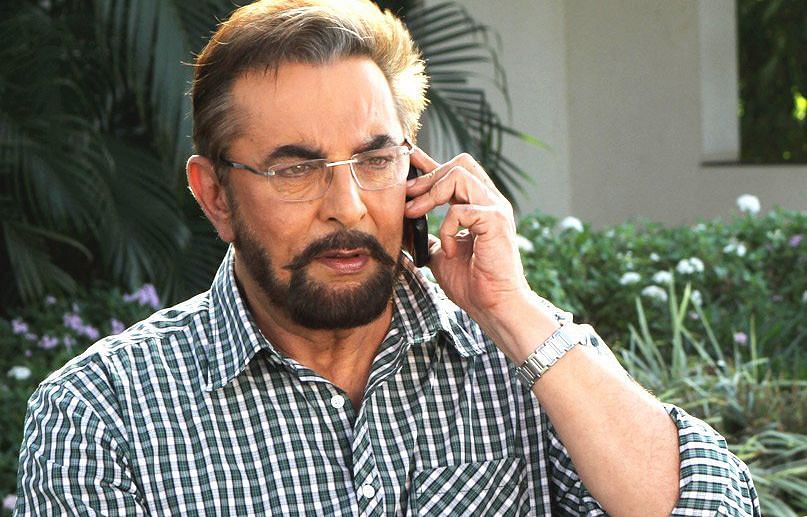 Coming to the book, you have talked about your relationships and the concept of open marriage quite frankly. At an emotional level, how difficult is it to negotiate intimacy in both?

That’s exactly what I have explored in my book. You’ll have to read it to fully understand why a traditional marriage became an open marriage. What it feels like to be in one, and what were its consequences. I was in a tumultuous relationship with Protima (first wife). After our open marriage ended, I found myself in a relationship with Parveen [Babi]. I had given myself no time in between. By the time Parveen left me, I was emotionally drained. I did my best to heal Parveen, even though I got bad press. But I didn’t say anything at the time, because she was rebuilding her career in India.

Has the book helped you to let go of unhappy/unfulfilling experiences?

Even friends that have known me for years have been surprised by many things they discovered about me in the book. My book is not about regrets; it is a celebration of life and how I found personal and professional fulfilment after an adventurous journey.

You have discussed being an emotional mess especially with issues like bankruptcy, suicide and other crises in the book.

Yes, I have faced great crises in my life but also euphoric highs, even Knighted by the Italian Republic. My book is a deeply human story – it’s vulnerable, honest and authentic. It has touched many readers which is deeply gratifying.