Shakuntala Devi explores the life of the late Indian math prodigy, Shakuntala Devi, who made it to the Guinness Book of World Records
Heer Kothari 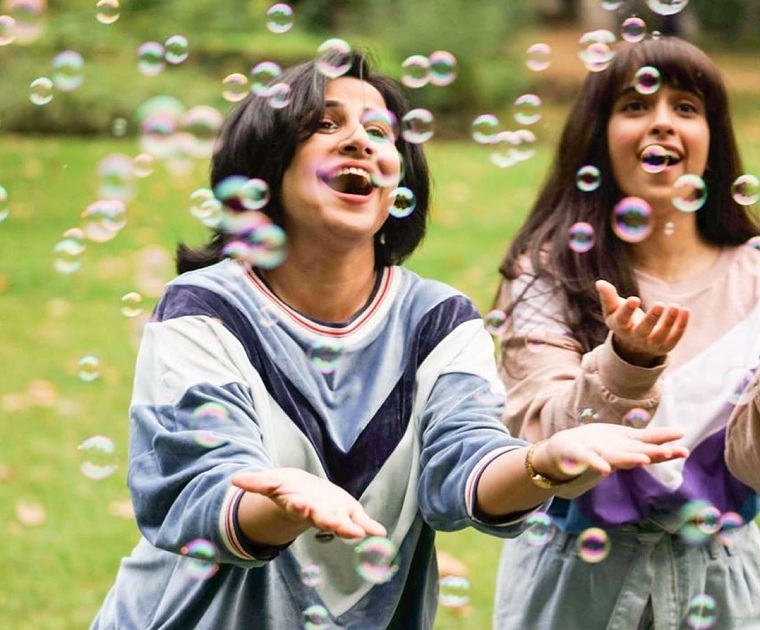 Shakuntala Devi explores the life of the late Indian math prodigy, Shakuntala Devi, who made it to the Guinness Book of World Records. What surprises a ‘gora’ is how an Indian woman with pigtails, who can barely speak English, made numbers the way of her life. The film also beautifully explores the circle of life and mother-daughter relationship: It’s surprising how a woman takes time to understand another woman, even though she has been birthed of her own womb. Beautiful isn’t it?

Vidya Balan has literally thrown herself into the character. It’s possible that even off sets, she would have found herself number-crunching her way to happiness (counting on the box-office reveal)! Vidya’s dialogues have been aptly married with wit. Her comical deliverance has ensured that the audience stays engaged throughout the film. Even though we see Vidya essaying the role of Shakuntala Devi, her character from being a teenager to that of an old woman advances in smooth progression. If we take a look at her career, Vidya has maintained a track record of performing with conviction and engrosses herself in the part she plays. Take Tumhari Sulu, for instance, or even The Dirty Picture for that matter. The roles are categorically different and endearing all the same.

Sanya Malhotra has played yet another very challenging role as Anupama Banerjee. She wonderfully explores the complexity of her character as we observe her transcending from one nuanced emotion to another with absolute grace. For example, there is a fantastic scene in the film where Anupama discovers she is pregnant. At first, she is gripped with fear, but the same fear gradually turns into confusion with subtle tones of joy.

Jisshu Sengupta has been this perfect yin and yang where he ably strikes the balance with Shakuntala Devi’s effervescent energy and Anupama’s budding confusion. Though his participation has been minuscule one cannot negate his overpowering presence at playing that crucial part of allowing Shakuntala to be herself.

It is interesting to note how International faces are now taking to Indian productions and Bollywood. We have seen Sajjad Delafrooz playing the villain in Special Ops. Their participation not only adds value to the plot, but gives the industry (as a whole) its edge. The director has tried to achieve the same with Luca Calvani, the Italian model. Luca plays Javier (‘J’ silent). Interestingly, even though he is an Italian, playing a Spanish gent, in London, he has kept a very neutral and precise accent. He is instrumental at arming Shakuntala with global flavours and setting her up on the International platform.

Anu Menon has directed the film with a certain vision. She has been successful at bolstering an Indian film with global tones, making it more acceptable and fun for international audiences as well.

However, with the pluses come negatives and that involve not being able to define the timeline clearly. Also there are times when Vidya Balan gets boisterously loud and this could have be toned down slightly. It is understandable that biopics are often amplified to entice the audience, but a little toning down could have kept things more realistic.

Name of the film: Shakuntala Devi