Avrodh is based on a book, ‘India’s most Fearless’, by Shiv Aroor and Rahul Singh. The book gives a detailed account of operation Uri that took place in 2016

Avrodh is based on a book, ‘India’s most Fearless’, by Shiv Aroor and Rahul Singh. The book gives a detailed account of operation Uri that took place in 2016. Unlike the film, the series gives detailed insight into how the plan came into being and the kind of political leg-work that was involved in delivering this operation successfully. It also throws light on how the media can ruin a potentially important operation with the simple urge of delivering news ‘first’ to their viewers.

The very versatile Darshan Kumaar, who plays Major Rounaq Gautam, has gotten into the skin of his character by simply adorning the army uniform. After a successful stint with award-winning films like ‘Mary Kom’ and ‘Tere Naam’, he blends well into the character of the perfect army-man who is brimming with pride and patriotism. He skilfully uses tact and forthrightness to assassinate Bilawal.

Anil George can make you want to hate him for how he has played the part of Abu Hafiz. He plays the nuanced shades of grey with great ease, as he does in the film URI as well! Do take this as a compliment Anil!

Amit Sadh, who plays Major Videep AKA Mike Tango, plays a part of great responsibility. Yet, there is a lot of ambiguity in what he does. For instance, in URI, Vicky Kaushal is a lot more invested and his part flows seamlessly as compared to that of Amit's. Scenes show Amit working on the operation, but he is not given the opportunity to voice the same with clarity.

One cannot imagine Neeraj Kabi essaying the role of the Sailesh Malviya, the National Security Advisor to Prime Minister (essayed by Vikram Gokhle). The physicality of Neeraj's character would involve an older, less-fitter, pot-bellied man whose ways are very slow. Just like that of Paresh Rawal in URI. A sense of responsibility resonates through him as he plays this part of National Security Advisor. The scene gets juicer when as Satish Mahadevan (essayed by Anant Mahadevan) and Sailesh (Neeraj Kabi) indulge in political rebuttal over matters of the state. It's interesting how he transforms form being this ruthless diplomat to becoming a kind-hearted man, who has great respect for media professionals like Namrata (played by Madhurima Tuli).

Madhurima plays a very critical role in the series. She reiterates the responsibility of a journalist and redefines the purpose of being the watchdog to the millennial society with grace and poise.

As compared to the film URI, the pace of the series is patchier. Neeraj Kabi and Madhurima Tuli emerge as protagonists, while Amit gets sidelined. It is very possible that director Raj Acharya would want to underline the political ongoings and the work of the media, rather than laying emphasis on the operations itself.

The are a few fails in terms of production. The team has recreated an ‘operations room’, just like in the well-known international series ‘Madam Secretary’. However, the movement of the soldiers on ground don’t quite match up to what’s shown on screen.

Anil George takes to speaking in fluent Kashmiri. However, one can barely understand what he says, as there are no subtitles added to these parts. Overall, a must watch, as ‘Avrodh - the siege within’ gives cadence and meaning to ‘Uri-the surgical strike’. 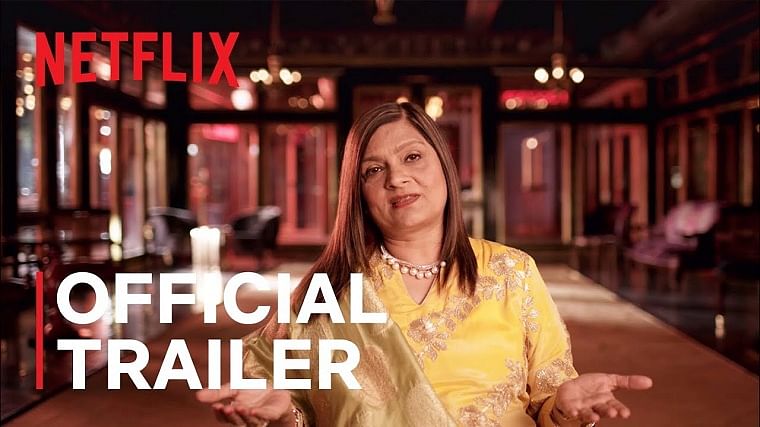