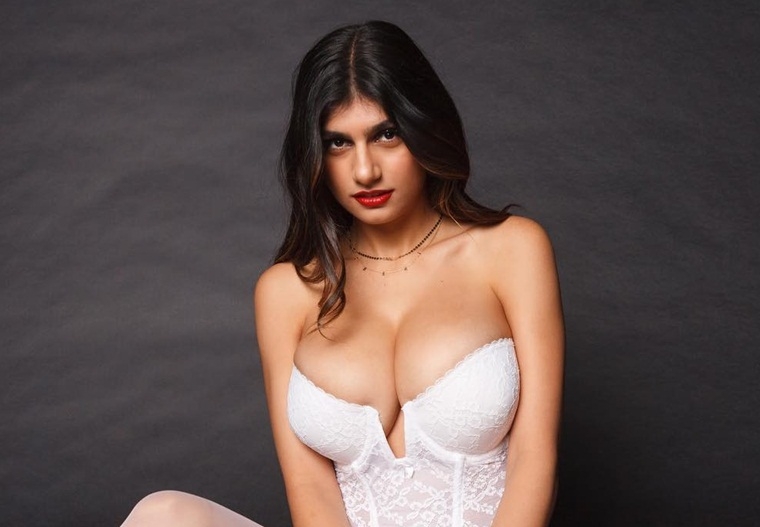 Malala Yousafzai is a Pakistani activist for female education, and the youngest Nobel Prize laureate.

Gonna tell my kids this was Malala

Mia got engaged to long-time boyfriend and Swedish chef Robert Sandberg, in March this year. She posted a picture flaunting a white dress, and captioned it as, ""If anyone is wondering (no one), I will be living in @markarian_nyc's white dresses until the day I walk down the aisle (sic)."

If anyone is wondering (no one), I will be living in @markarian_nyc’s white dresses until the day I walk down the aisle 👰🏽

It was a fairy tale proposal in Chicago, as Sandberg reportedly hid a ring in a bowl of dried ingredients and the Lebanese-American star almost ate the ring but he was on ground to warn her, and he proposed to her on the spot. She said yes, reported guardian.com.

Mia quit the porn industry when she received death threats from the Islamic State of Iraq and Syria (ISIS) after her controversial videos. Mia also revealed that she has been under stress even after quitting the industry because of the people around her and how they look at her. In an interview mentioned in IBTimes, she said, "I think post-traumatic stress kicks in mostly when I go in public. Because of the stares I get, I feel like people can see through my clothes. And it brings me deep shame. It makes me feel like I lost all rights to my privacy, which I did because I am just one Google search away."