From Sushmita Sen to Harnaaz Sandhu: Know everything about the Indian winners of the Miss Universe crown

India had earlier won the coveted crown twice with Sushmita Sen bagging the title in 1994 and Lara Dutta in 2000.
FPJ Web Desk 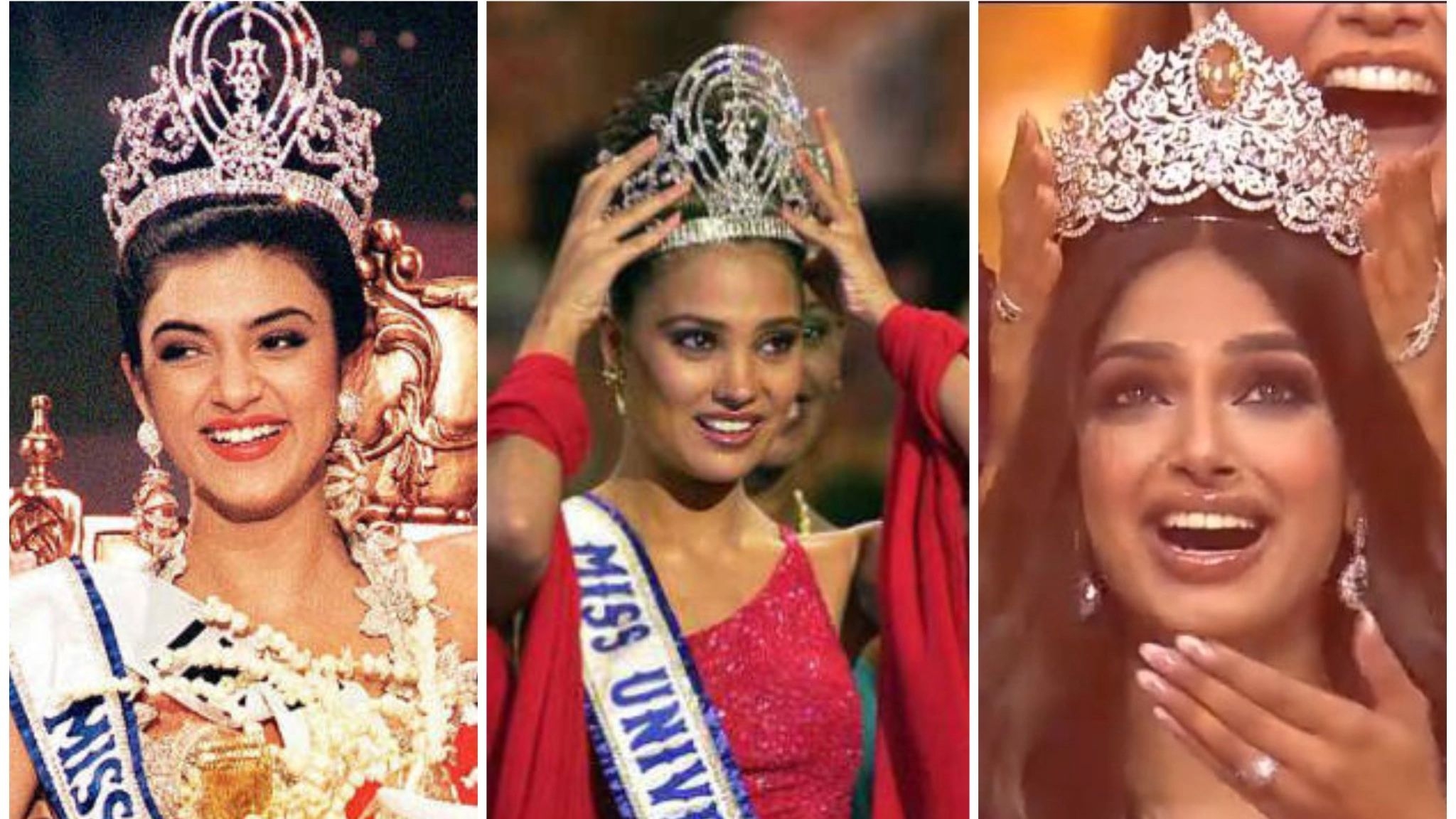 Harnaaz edged out contestants Paraguay and South Africa to bag the crown. The moment her name was declared as the winner, Harnaaz broke down with tears of joy. She could also be seen joining her hands in gratitude. Mexico's Andrea Meza, the reigning queen, passed on her crown to the new successor.

India had earlier won the coveted crown twice with Sushmita Sen bagging the title in 1994 and Lara Dutta in 2000. Here's everything you need to know about Indian winners of the Miss Universe Crown. 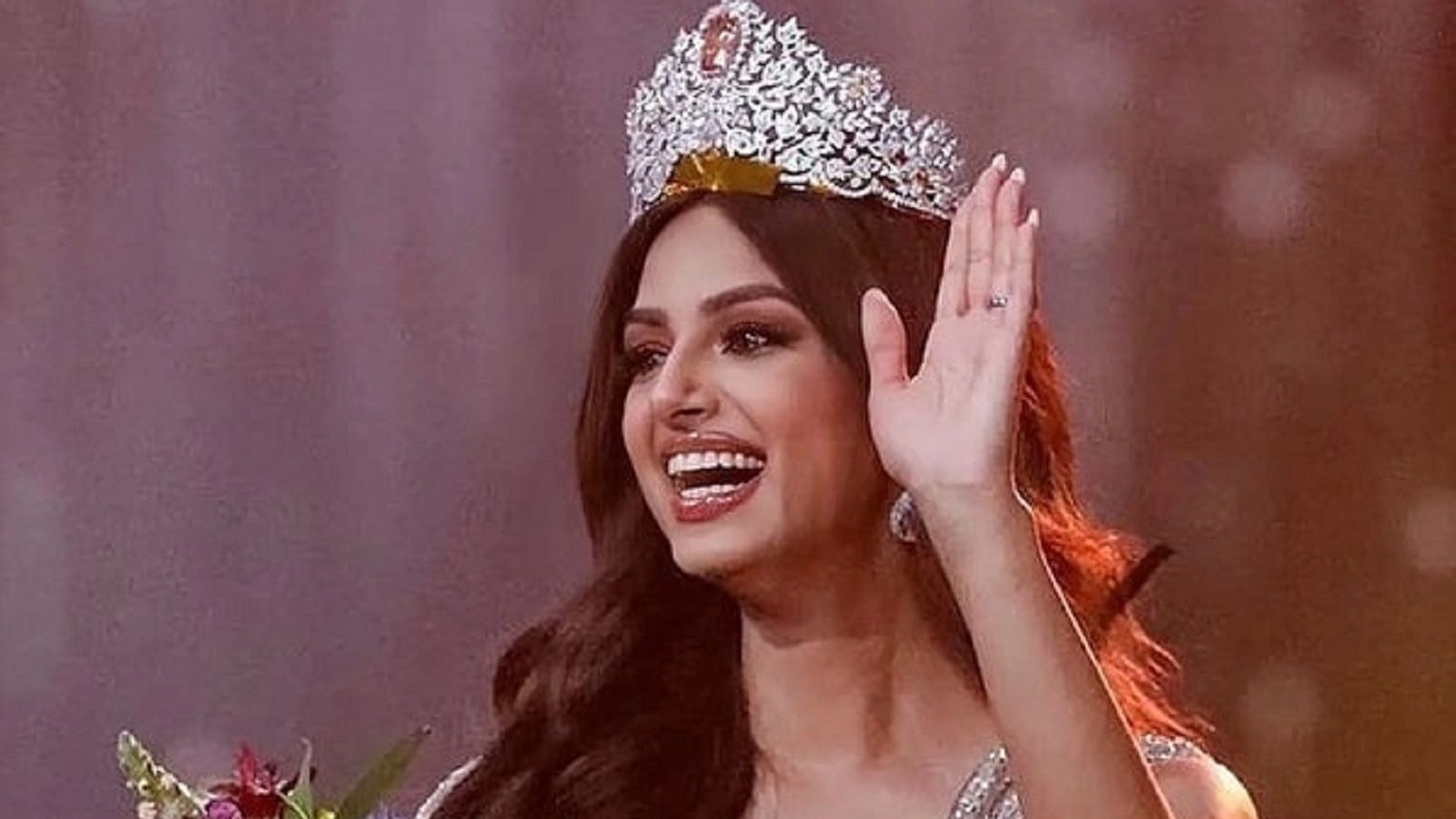 Harnaaz is a Chandigarh-based model who is pursuing her master's degree in public administration.

She started her journey in pageantry when she won Times Fresh Face in 2017, representing Chandigarh at the age of 17. She later won the LIVA Miss Diva Universe 2021 title.

She was crowned by her predecessor Andrea Meza of Mexico, who won the pageant in 2020. The 70th edition of the event was held in Eilat, Israel, where the 21-year-old bagged the coveted pageant. 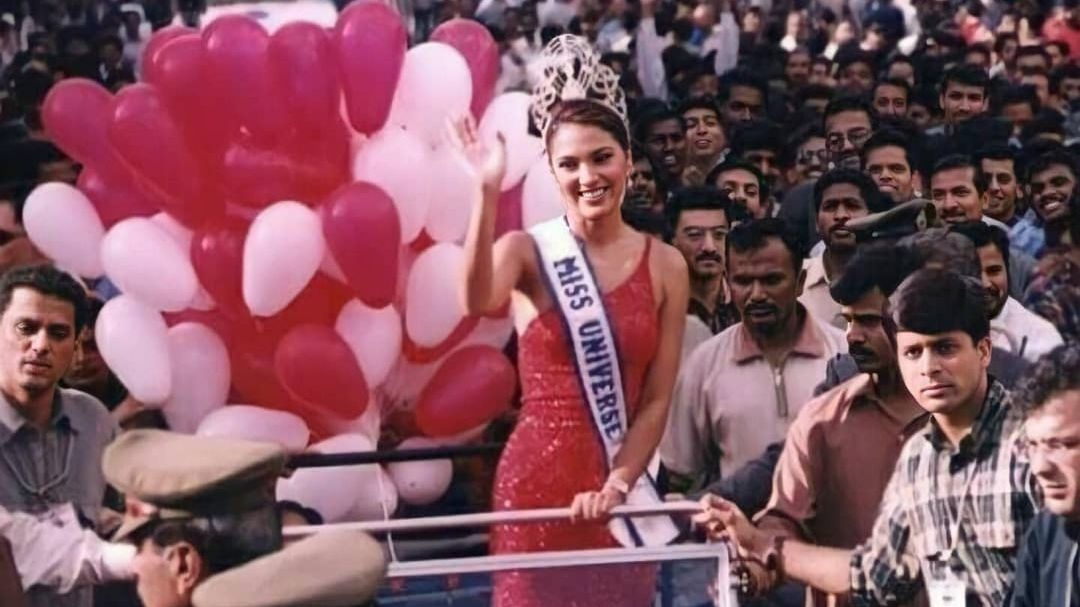 Lara Dutta Bhupathi was the second Indian to win the Miss Universe Title after Sushmita Sen who became the first one to bring the title to India in 1994. She was previously crowned as Miss Intercontinental 1997.

The Bollywood actress’ outstanding performance at the event made heads turn since she scored 9.99 from almost all the judges in the panel. Moreover, Lara Dutta had scored the highest marks in the swimsuit round too during the final interview. Thus, making her the highest scorer that year.

Born on 16 April 1978, she has worked primarily in Hindi films, some of her best films include Bhagam Bhag, Billu and Partner.

She has been married to Indian tennis player Mahesh Bhupathi since February 16, 2011. Their daughter Saira Bhupati was born on January 20, 2012. 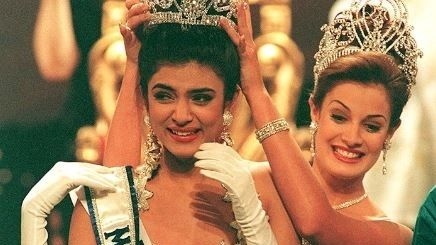 Sushmita, who is known for her infectious smile and gracious persona made history after she brought the Miss Universe crown in India in 1994 in the competition held at Philippines. The bong beauty was instantly hit among fans and won hearts with her unconventional sex appeal. Sushmita’s win brought India into limelight and Center stage when she was just 18-years-old. 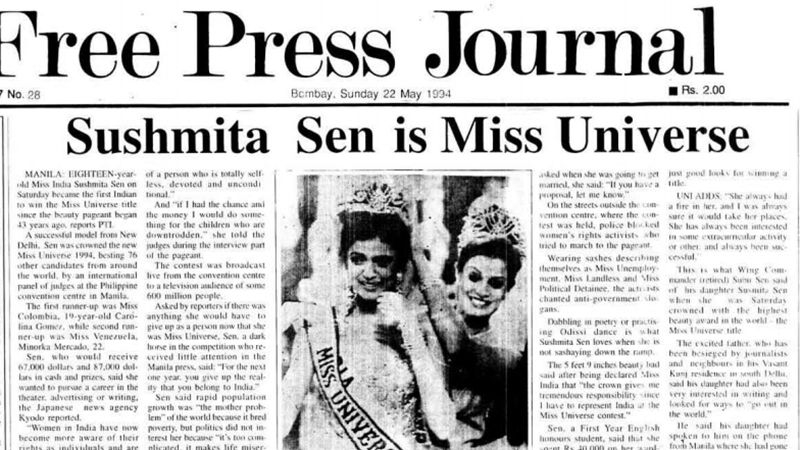 Sushmita Sen had also revealed that her Miss India gown was stitched by a local tailor in a garage in Delhi's Sarojini Nagar and she wore socks as gloves.

Sushmita is a mother of two daughters- Renee Sen and Alisah Sen. To raise her daughters and give them the proper nurturance they require, Sushmita took a break her from acting career.

But as her younger daughter Alisah turned 10, Sushmita made her comeback with the Indian crime drama web television series 'Aarya' for which she had bagged the title 'Best Actor in drama series' at eminent entertainment award platforms like Filmfare, Dada Saheb Phalke, Film Critics Guild, Raj Kapoor Award.

Currently, the actor is enjoying the success of Aarya's season 2. Directed by Ram Madhvani, Sandeep Modi, and Vinod Rawat 'Aarya' is an official Indian remake of a popular Dutch show 'Penoza'. 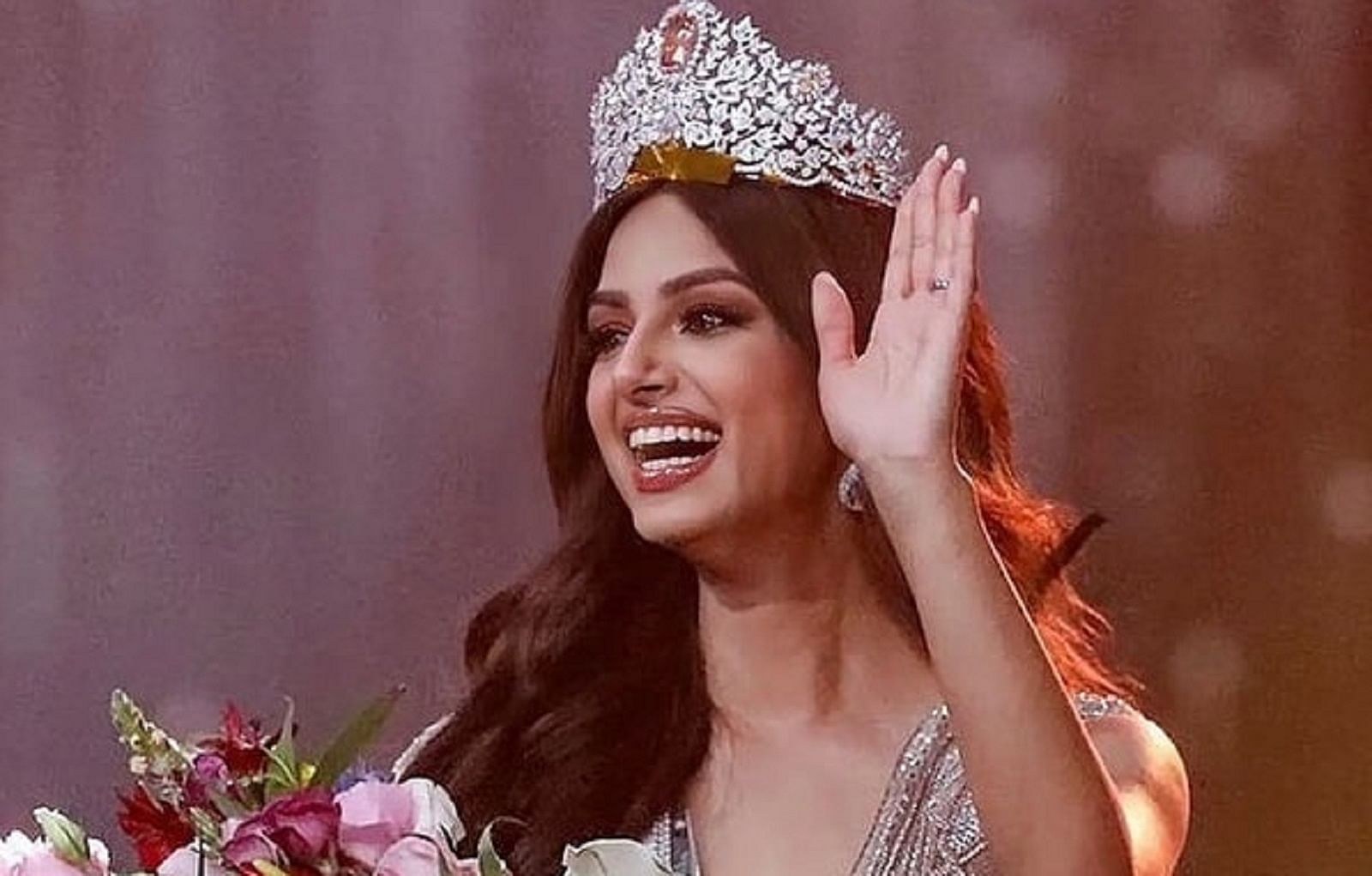 Who is Harnaaz Sandhu? All you need to know about Miss Universe 2021