From Lights out to Piku... Here are some movies that are based on short films

Did you know there are short films, which have provided blue print to filmmakers for their feature-length movies? We scour through the internet and bring you some of them
Cinema Journal Desk 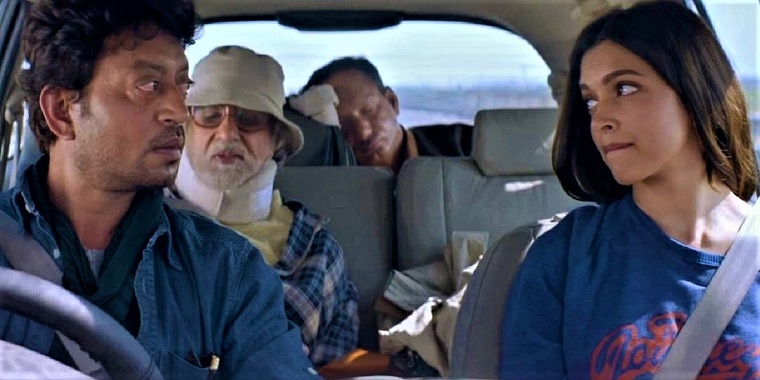 A still from Piku |

Writer and director Damien Chazelle didn't have sufficient funds to make a feature film, despite have gained recognition in the industry for his previous works. In a bid to win the trust of producers, Damien shot only one scene from the movie with a little amount of money. In fact, this short also was an entrant at various film festivals. This plan worked, and helped him launch his career with Whiplash. He went on the make La La Land, which fetched him an Oscar.

Back in 2013, director-writer Sriram Raghavan saw L’Accordeur (The Piano Tuner), a 2010 French short film about a blind pianist, at the recommendation of his friend, filmmaker Hemanth M Rao. This became an inspiration for his critically-acclaimed movie Andhadhun, starring Ayushmann Khurrana, Tabu and Radhika Apte in the lead roles.

In 2005, director Jennifer Kent made a short film named Monster that inspired her 2014 horror feature The Babadook. Called Baby Babadook by the director, Monster is shot in an eerie black and white reel. While both the films stand true to their gut-wrenching horror, ‘The Babadook’ displays some truly terrifying moments that are far too rare in short-form horror.

What if something lived in the dark that you could only see when you turned out the lights? This simple question became the entire premise of a three-minute low-budget experimentation and gave birth to the short film called Lights Out in 2013. Unlike most other shorts, its maker David F. Sandberg didn’t showcase it at any mainstream film festival but instead entered it into a niche horror filmmaking challenge and won a prize. Several months later, studio heads got a whiff of the short streaming on YouTube and Vimeo, after which it went on to become a successful feature-length film of the same name and by the same director.

Created in 2015, Patrick Jean’s Pixels became quite a sensation on YouTube. The brilliantly-crafted short film shows New York City invaded by characters from ‘80s video games. Its popularity made Adam Sandler’s Happy Madison Productions acquire its rights, which then resulted in a feature film in theatres that we know of today.

Writer and director Destin Daniel Cretton made the short film named Short Term 12 first before it manifested into the acclaimed feature of the same name. The feature film is an emotional indie starring Brie Larson, Kaitlyn Dever, LaKeith Stanfield and Rami Malek that deals with a group of young instructors at a treatment centre for troubled youth. It’s interesting how there are certain similarities in the two versions, most notably Stanfield who appears in both.

Elements of the 2015 hit film Piku are loosely adapted from a short film made in 1980 by Satyajit Ray. Named Pikoo, the short was directed by him for a French television channel, France 3. It’s based on a short story named Pikoor Diary (Pikoo’s Diary), written by Ray for one of his books, Pikoor Diary O Onyanyo (Pikoo’s Diary and Other Stories). While Pikoo showcases a day in the life of a six-year-old child, Pikoo, in the backdrop of his mother’s extramarital affair, Soojit Sircar’s quirky comedy Piku is about the relationship between a daughter and her ageing eccentric father. The hit film stars Amitabh Bachchan, Irrfan Khan and Deepika Padukone in the lead roles.

Yes, God, Yes is a 2019 comedy feature film written and directed by Karen Maine, co-writer of the 2014 hit comedy Obvious Child. The film, starring Natalia Dyer, is a story of a Catholic teenager in the early 2000s, who after an innocent AOL chat that turns racy, discovers masturbation and struggles to suppress her urges in the face of eternal damnation. It was originally a short film written and directed by Karen Maine herself, which premiered in 2017 as a Vimeo Staff Pick. The short received 2.9 million views and also won “Best Short” at the St. Louis International Film Festival. It was after the success of the short that its makers, Karen and producers Katie Cordeal and Colleen Hammond, went ahead to make it into a full-length feature film.