HomeEntertainmentDirector Kamakhya Narayan Singh talks about his film, Bhor, based on rat-eating community of India

Director Kamakhya Narayan Singh talks about his film, Bhor, based on rat-eating community of India

The movie is now streaming on MX Player

Apart from making the right noises at the festival circuit, ‘Bhor’ has also received widespread critical acclaim at Cairo International Film Festival, International Film Festival of India (GOA), Indo - Berlin Film Week (Berlin) and Melbourne India Film Festival, Australia. We spoke to the director Kamakhya Narayan Singh, who travelled the world before settling down to make a film that dealt with intrinsic caste dynamics faced by the rat-eating community in India, with a fresh perspective. Excerpts from the interview:

Tell us about the subject of the film ‘Bhor’

The film deals with the community of musahars. Musahars are also known as the rat-eating community of India and are socially excluded, economically deprived, and a politically marginalised community placed at the bottom of the rigid caste system in India. They are mostly found in Bihar, Jharkhand, Uttar Pradesh, and West Bengal. They may not have money or infrastructure, but they are people who lead happy and content lives. That was a really good arena to explore. 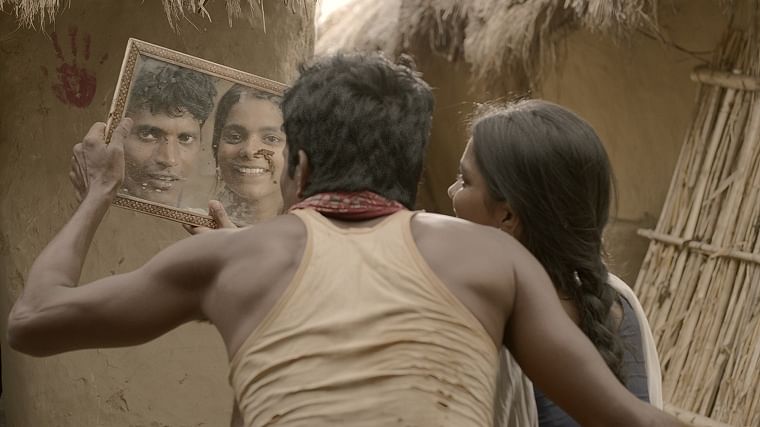 A lot of filmmakers end up portraying more of poverty than caste dynamics while handling a story like this. How have you negotiated that path?

In the 1960s-70s films like ‘Do Bigha Zameen’ and ‘Pather Panchali’ showed uninhibited poverty scenes. Those were realistic portraits of rural India and their living conditions made by stalwarts like Bimal Roy and Satyajit Ray. But commercial Hindi cinema is not even close to doing that. In the last 10 years or so, rural India has disappeared from the narrative of popular Hindi cinema and that needs to be brought back. Where are the stories written by Munshi Premchand? This was one of the reasons I decided to take up this subject. Musahars lead minimalist lives, have a small income and a tiny makeshift shelter. Yet, they are happy in life. The caste dynamics also play a huge role here. Whenever we see a film about caste dynamics, one always tends to show clash and suffering. But one can also show aspiration without showing clash. Aspiration brings infighting and struggle. I found that aspirations can also be nurtured without struggle. This is where my film is different.

Stories based in UP and Bihar seems to have suddenly become 'trendy'...

There is a lot more to the culture of Bihar and Uttar Pradesh than what is depicted in gangster films. My films brings out nuances of that culture, without any clash. For example marriages in rural India are completely different from what we have seen till now. No one shows the true picture. The way people eat, the way they talk is very intrinsic to basic heartland culture. Also, they have a quirky sense of humour something that I have brought to light in my film. Gangster films don’t do justice to that culture, which also has a soft side to it!

As somebody who has grown up in rural areas, do you think the small towns and villages have been portrayed in their true character in Indian, especially in Bollywood?

Small towns yes, but not rural areas. Bollywood has not been able to touch the right nerves in the rural areas. I also feel that the last two generations have not seen original marriages. What we see in Yash Raj and Karan Johar films are richie-rich weddings. I wanted to show how the poor get married in India. That was very important for me as a storyteller. India is a colourful country then why look at it only through a single toned prism?