The actor also talks about perks of hailing from a filmy family, his superstar uncle, and not vying for 'Baahubali' actor Prabhas's place in the film industry

Vaishnav Tej is from a family which has given the Indian film industry some of its most talented names. He is the nephew of superstar Chiranjeevi, and the brother of actor Sai Dharam Tej. And, now, the young lad is all set to enter the film industry with his debut Telugu movie ‘Uppena', directed by Buchi Babu Sana, which releases in theatres today. In a candid chat, Vaishnav speaks about the film, his rapport with uncle Chiranjeevi, and actor Prabhas. Excerpts from the interview:

You hail from an illustrious filmy family. Tell us about your initiation into the film industry.

I wanted to be a director. But I thought it’s very difficult to handle artistes and everything. I write good stories and write pretty well, so I can do that later. I never assisted any director. I was working on a web series — from writing down all the points to casting. Unfortunately, the web series didn’t take off though.

To be honest, I never wanted to get into acting. I thought I would become a director, 3D animator. I sketch, I’m an abstract sketcher. I wanted to be a gym trainer, do kickboxing... I wanted to explore so many professions. I even wanted to be an astronaut, scientist. For almost two years I was struggling as to what to do. I lost weight, put up a photo on Instagram, and people started recognising me... Soon, I started getting acting offers. My motto is 'kuch bhi karo apna 100% do'. It's destiny I think.

Do you think you got the film quite easily?

I wouldn’t lie, it was very easy. I had put a photo on Instagram. He [director Buchi Babu Sana] saw my photo and said, 'I want to work with this guy.' I’m am lucky to be recognised. I’m very fortunate to have been born in this family.

Tell us about the film, Uppena, and your character.

I can’t reveal much about my character or the story of the film. All I can say is that it is a love story. And, I hope after watching the film everyone will fall in love with the character. I remember he would always spend quality time with the family. Every Sunday, either he would come to our place or we would visit him. He would play with us. I remember once he came home with some fake blood on him, scaring us all. Sometimes he would also apply that on us and we would go crying to our mother, claiming we were hurt.

You are starting in Tollywood, did you not think of venturing into Bollywood?

There was a lot of doubt... and I was not even sure if I could become an actor. Whenever I faced the camera, a lot of questions went through my mind — am I performing well? am I doing okay? Is everyone is happy? When I got ‘Uppena,’ I kept wondering if I would be able to perform well. There were so many things going on within my head. I also kept thinking, if I really was making a debut.

Read Also
‘I am okay with bold content as long it is shot aesthetically,' says ‘Helllo Jee' actor Nyra... 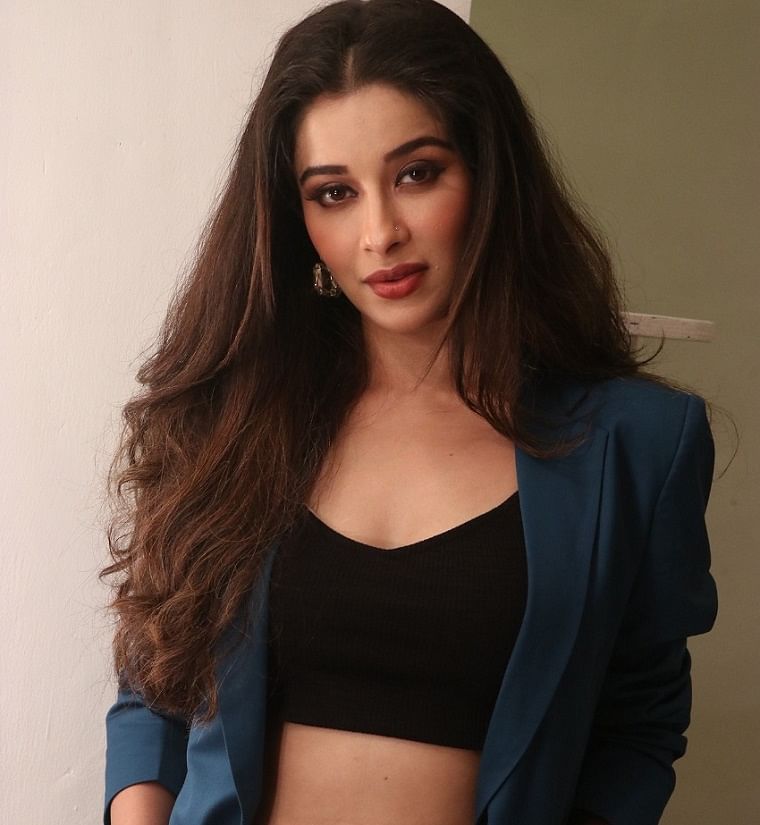 What's your take on the whole insider vs outsider debate in the film industry?

Frankly speaking, whether you are an insider or outsider, destiny and luck play a key role. Yes, there are a lot of advantages when you belong to a filmy family. I was fortunate to be recognised easily. But, if he/she is an 'outsider' and has talent, the director will give them a chance too. Even I had to audition before embarking onto the sets.

Prabhas has a pan India presence. Would you follow his footsteps by doing Bollywood films and give him a tough competition?

I don’t have the slightest thought that I want to give him competition. I just want to work hard and make everyone happy. Work is worship to me. I want to give my 100%. First, I want to prove myself in Tollywood. People should feel that this guy acts well. I wish my films do well at the box office and allure the audience. I need to get the acceptance here first. And after that if anyone from Bollywood comes to me with a good role and a good script, then I will work there as well.

Read Also
'We are madly in love': TV actor Pooja Banerjee gets candid about her married life Priyanka Chopra’s extraordinary journey made her the obvious choice for ‘Citadel’, reveals...