‘We hit 20 years suddenly, and only when we began pulling out statistics did the volume of our work hit me!’ the director-actor says

With the twinkle-eyed Akarsh Khurana at its helm, Akvarious theatre group celebrated 20 eventful years last week, at Prithvi Theatre. “The fact that Prithvi had re-opened was celebration enough!” exudes Akarsh. “Prithvi has always been a second home to me so it was really like a wonderful, happy reunion with the Prithvi team. Earlier, when we were wondering how to celebrate online, nothing seemed adequate. So, the timing of Prithvi’s re-opening was perfect.”

But Akvarious did keep itself busy online, all through the lockdown. “We created digital plays on Zoom and Insider; and started our Instagram channel AkvariousLive where we curated live performances and talks. We are resilient creatures and will find ways to present our art,” shares the writer-director-actor.

Resilience is a key word in Akvarious’ two-decade relationship with theatre. Starting out, while its members were still studying in St. Xavier’s college, with a much-awarded Brothers, the group got its first jolt with its ambitious second production, They Shoot Horses Don’t They, when they almost got booed off the stage. But theatre veteran Naseeruddin Shah watched it till the end. Akarsh, who ‘was shitting bricks seeing him there’, was gifted a book, the next day, by the senior actor, Towards a Poor Theatre. The youngster took Shah’s ‘disguised punishment’ in the right spirit. “That book was a real eye-opener and a life lesson,” he recalls, sportingly.

Akvarious bounced back from that disaster by staging a short play, Three’s A Crowd. Other plays inspired by The Beatles and Pink Floyd followed. Having been born at the start of a new century, the group embodied optimism and youthful confidence. They tried their hand at various genres including children’s theatre by dramatizing Ruskin Bond’s short stories that were hugely popular and performed all over the country. From Bond’s short stories to Khaled Hosseini’s The Kite Runner, Akvarious has, over the years, adapted many a literary tome for the stage. Compressing huge volumes into a few hours of drama is no easy task, but Akarsh readily reveals that a lot of adaptations had already been done, with the blessings of the authors, before Akvarious picked them up. “I don’t have any illusion that I can make the text work better. What the play evokes should be close to what the literature evoked,” he explains.

An avid reader, Akarsh has found many a literary gems at bookshops of airports which seem to get his creative juices flowing because it was in the smoking zone of one such airport that he conceived the plot of Dhumrapaan. Also, a chance meeting with an old classmate, Adhir Bhatt, while waiting for a flight developed into a long, fruitful collaboration. Laughing at my observation, the much-travelled theatre-man agrees, “I hadn’t seen it like that till you mentioned it. But, yes, I do spend a lot of time at airports since we travel a lot with our shows. Also, my wife and I enjoy travelling. And yes, I like airports because you get a semblance of a pause here. They’re a microcosm of life in transit. Richard Curtis had described airports as fascinating places and used this at the end of Love Actually, one of my favourite films. The Terminal being another.” With the group living up to its name and doing various types of plays, does the man who set it up have any favourite? “Tough to say as I have favourites in all genres and I consciously try to mix things up. But I do have an inexplicable fondness for stories from the Middle East…something about the triumph of the human spirit in the midst of strife that makes me culturally attracted to them.”

Over the years, Akvarious has evolved into one of Mumbai’s leading theatre groups. Of course, being the son of an established theatre person like Akash Khurana gave Akarsh an edge when he started out. “Having access to theatre from a young age was definitely a privilege,” agrees the inheritor of drama, who has done a fair amount of acting as well, starting with plays like Waiting for Godot when he was all of six. “Theatre is a part of my DNA.” His father’s colleagues, too, did their bit of hand-holding. So, what was the status quo when he directed some of these stalwarts? “I have been very fortunate,” he says. “I have directed Akash Khurana, Benjamin Gilani, Rajit Kapur, Shernaz Patel…all of them would come for the rehearsals well-prepared, hungry to be directed. It’s bizarre how easy they made the process for me! It was always a healthy collaboration without any baggage of status or hierarchy. Theatre, in my experience, is a great leveller.” Endearingly, one has never seen this privileged, portly, genial theatre-lover ever throw his weight around.

What is the road ahead? “Honestly, I don’t know. I know we’ll keep at it, but I don’t know the direction. I didn’t plan a lot of things that have happened. We hit 20 years suddenly, and only when we began pulling out statistics did the volume of our work hit me. I like to go with the flow. There are a few pet projects, including a sequel to our runaway hit Dekh Behen, that I want to mount, but given the current circumstances, I don’t know when. I’ll probably mull over it the next time I’m at an airport.” 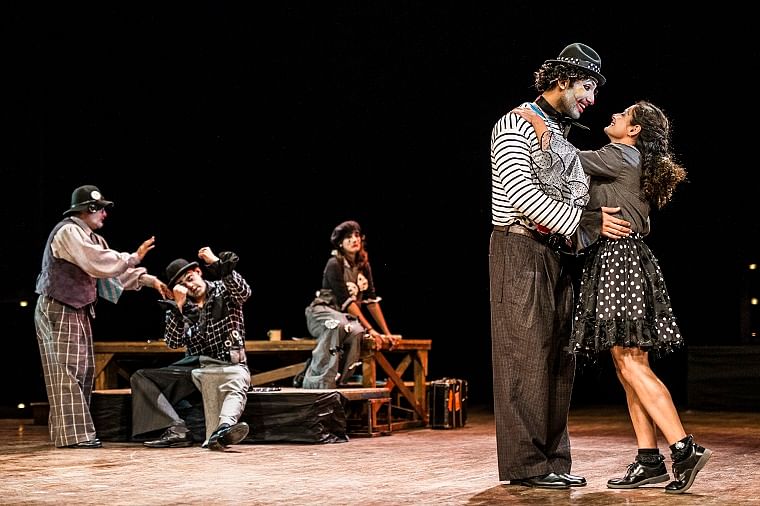 Talking Theatre: Rajat Kapoor’s play ‘I Don’t Like It As You like It’ set for a virtual...