Advertisement
Home / Entertainment / Talking Theatre: Rajat Kapoor’s play ‘I Don’t Like It As You like It’ set for a virtual debut

Talking Theatre: Rajat Kapoor’s play ‘I Don’t Like It As You like It’ set for a virtual debut

'The challenge in filming I Don’t Like It As You Like It was really to capture its soul,' Kapoor says

From large auditoriums to desk-top spaces, theatre continues to find new avenues, even as a few haunts like Prithvi and Tamaasha have opened their doors for live performances once again.

So, Aaadyam, a theatre initiative by Aditya Birla Group, is filming some of its spectacular productions for an online festival. The Rajat Kapoor-written-and-directed laugh riot I Don’t Like It As You like It is one of these and will stream on December 12 and 13. Kapoor’s play has a bunch of down-and-out clowns doing a delightful take on Shakespeare’s As You like it, with Popo, the director, making his clowns change gender to hilarious results. Interspersing the side-splitting tomfoolery are serious one-liners about identity, gender roles, relationships, and a puppet dead-panning sharp satire.

It is quite a serendipity that Kapoor’s theatre group is called Cinematograph. But filming a play is quite different from making a film, points out Kapoor who has directed films like Raghu Romeo, Mithya, Mixed Doubles and many more. “The purpose,” he says “was not to make a film out of the play, or even pretend that it was possible. The challenge in filming I Don’t Like It As You Like It was really to capture its soul.” Easier said than done as his play has a large cast of clowns doing their own crazy things simultaneously on stage.

“The question was how do you frame and lens such a play,” continues Kapoor. “Chaos is a large part of the performance with a lot of things happening at any given time. At a live show, the audience is free to decide what or whom it wants to watch, with its eye travelling from one part of the stage to another, sometimes even choosing to watch an actor in the background who has no lines but is reacting to another actor. While filming, we are, in a way, directing the eye of the audience by choosing what we film.”

If that required a whole new set of skills, editing was even harder. “Hopefully, we have achieved a seamless flow,” concludes Kapoor.

For the actors, too, acting before multiple cameras meant adjusting to the new concept. Faezeh Jalali who plays the adorable Mimi, the clown who has no qualms about stealing other actors’ lines or even their pauses, points out, “The energy flow is different when your play is being filmed, as there are ‘cuts’ when we have to stop and re-start.” In a live show, Jalali is all over the stage with her nimble somersaults, splits and tap dancing. So, it will be interesting to see how the filmed version captures her lively movements.

Vinay Pathak, playing the simple Fido, who devotedly makes coffee for a flirtatious Fifi because if he didn’t, he’d lose a friend, found it thrilling to rehearse again for I Don’t Like It…, slipping into costumes, applying the pancake and ‘facing the audience’. “We have done so many shows before a live audience that we could imagine them and keep going,” he explains.

Like Jalali, he explains what was different when filming the play, “We performed the play in parts, and sometimes had to do several ‘takes’ for the camera. So, a 90-minute play took two days to film. It was very demanding physically, and a unique experience!”

Unique indeed. “It is like settling down in a new country and getting used to its language and customs,” points out Kapoor. “Believe me, it is a very difficult task.”

A task that he thinks will reap results. “Since there are three shows at fixed timings and the audience has to be there on time after buying a ticket, it is a bit like going to the theatre…” he states, quite satisfied. 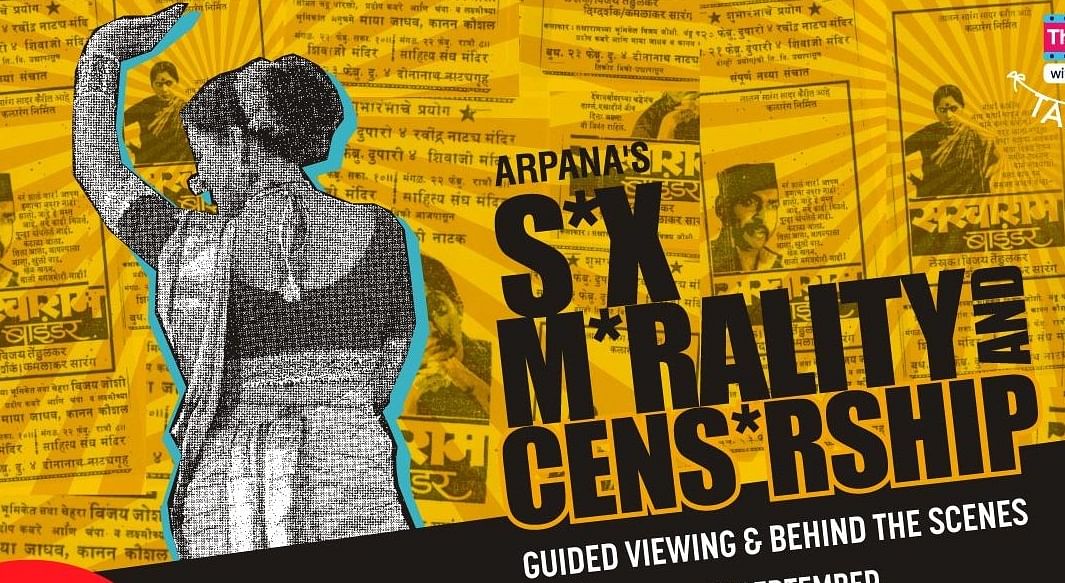