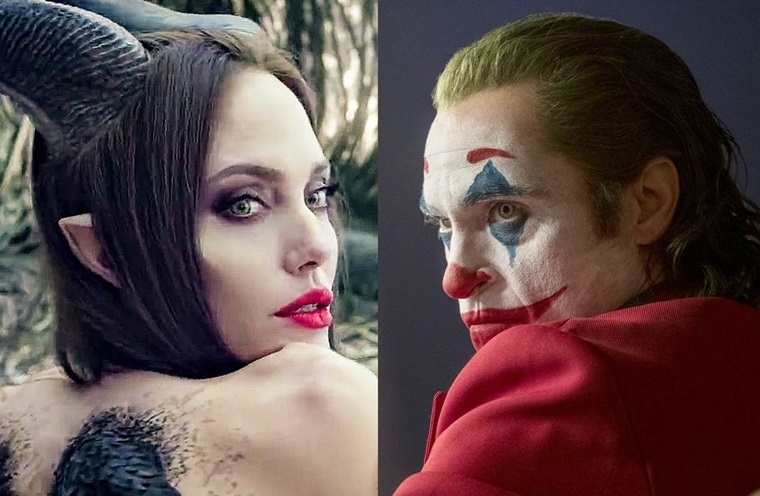 Washington DC: The two latest releases, 'Maleficent: Mistress of Evil' and 'Joker', are competing for the No 1 position as both are smashing box-office records.

'Maleficent: Mistress of Evil' minted USD 4.82 million on Friday while 'Joker' yielded USD 5.4 million, which seems to hint that the later might end up winning the spot.

The gritty drama 'Joker' starring Phoenix in the titular role has so far totalled USD 258 million domestically for Warner Bros. with an additional USD 512 million overseas.

Filmmaker Todd Philipps garnered controversy ahead of its release for its sympathetic depiction of the villain, from a script he co-wrote with Scott Silver. The film also stars Zazie Beetz, Robert De Niro, and Frances Conroy. Recently the film surpassed 'Deadpool 2' as the highest-grossing R-rated movie worldwide.

On the other hand, Disney's 'Maleficent' sequel has earned USD 51.7 million through Friday. Jolie returned to her role in the film alongside Elle Fanning.

Meanwhile, 'Black and Blue' is launching with about USD 8.2 million from 2,062 locations, which could land it at the No 5 slot. The action thriller reeled in about USD 3 million on Friday. What do you get when you cross Joaquin Phoenix with 'Joker'? The highest R-rated movie of all time...