HomeEntertainmentAamir Khan-Kiran Rao divorce: What led the two call it quits on their 15-year-long marriage?

Aamir Khan-Kiran Rao divorce: What led the two call it quits on their 15-year-long marriage?

Their separation came as a shock to all. While there are rumours galore about what led the couple to call it quits, it is said the two had emotionally drifted apart a few years ago

I have known Aamir Khan for over 20 years and what I know about him is that he is probably one of the most misunderstood stars of Bollywood. He is one of the least calculating actors I know. I met Aamir first on the sets of Sarfarosh (1999) and he had impressed me with his knowledge about many things. There is a childlike enthusiasm and passion in his approach towards everything — be it in his personal or professional life. Contrary to popular belief, Aamir is a heart and not a head person, and yet he is highly intelligent to carry out any extreme step with plenty of thoughtful consideration — be it marriage, divorce or in his career.

After 15 years, Aamir and his wife, Kiran Rao, announced their separation on July 3 with a joint statement, which also stated that they wanted to ‘begin a new chapter in our lives — no longer as husband and wife, but as co-parents and family for each other.’ The star had met Kiran in 2001 on the sets of Lagaan where she was an assistant director and they got married four years later. Earlier, Aamir was married to Reena Dutta for 16 years and the couple got divorced in 2002. 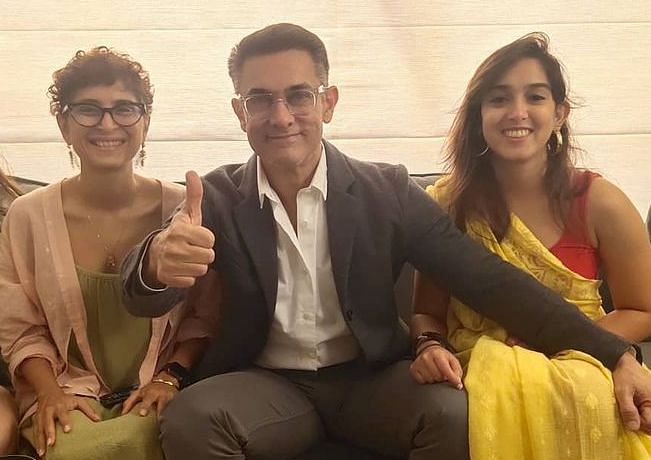 After speculations swirled about his separation from Kiran, initially I decided to stay away from it. But as the discussions (and criticism of what is actually the couple’s personal life) continued to rage, which included talking about some of his relationships over the past 30 odd years of his career, I felt it was time to, perhaps, reflect on what may have really happened in Aamir and Kiran’s love marriage. They were open enough to put out an honest statement rather than carry on a marriage for appearances sake as some do.

The gossip on Aamir and Kiran’s separation ranged from his association with a young actress who had been a co-star in one of his home productions to associations with other beautiful women —thus branding him as a colourful personality who loves the company of the opposite sex. But Aamir in reality is none of these — he is far more pragmatic and practical than people understand him to be. Also, he has always been an exemplary father, doting on all his three children, Junaid and Ira (from Reena) and Azaad with Kiran. 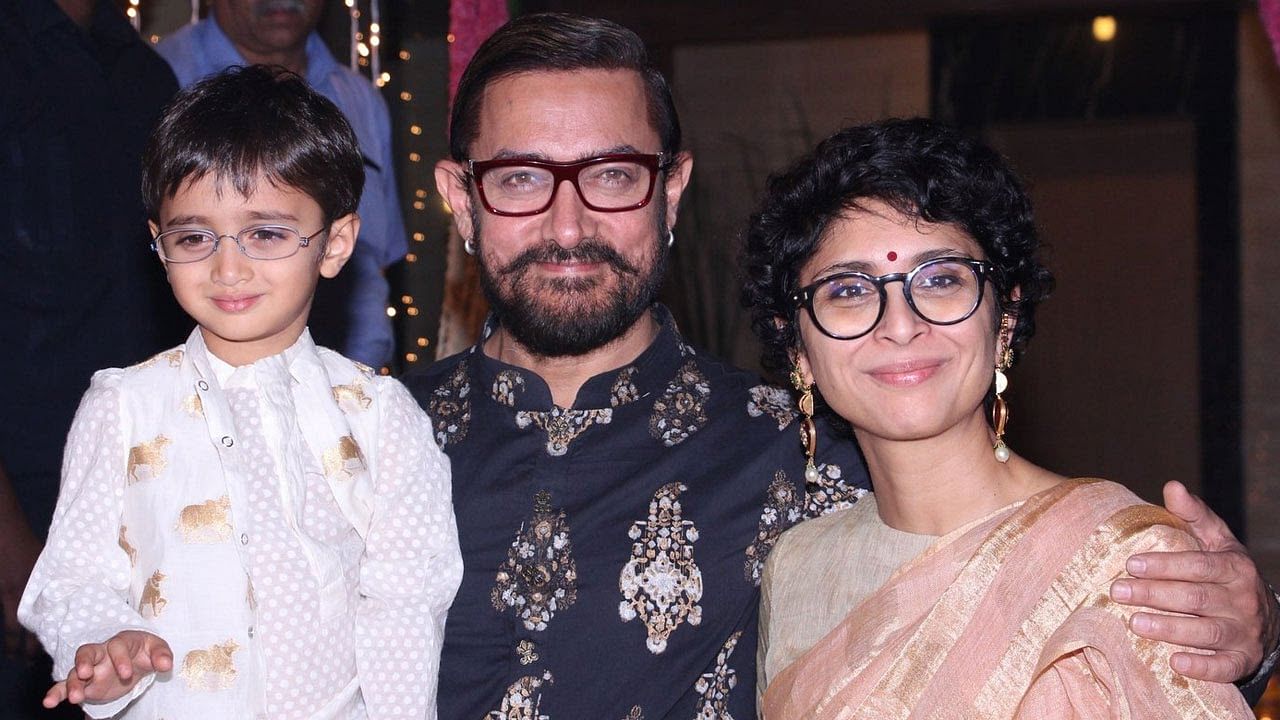 Says a Bollywood insider, “Marriage and divorce are extreme steps and for Aamir every decision made has always been well-thought and carried out after deep reflection. People have even speculated that he will eventually get married to Fatima Sana Shaikh, but it is not true. Even if they were close friends, at some time in life, but today she has moved on. Aamir is, by nature, a friendly person who likes to know about his co-stars, associates and colleagues. He likes an informal, casual, friendly atmosphere on the sets where people can give their best while working. People have even speculated about him getting married twice, but isn’t it better to stay friends than stay in a marriage that has outgrown its meaning over the years?”

Talking about what he feels happened between the power couple, the source explains, “The reason why he and Kiran decided to separate is simple — over the years, apparently, both of them outgrew the institution of marriage. There were no differences or issues as such. You continue loving your partner, but as a friend. While your values and beliefs may remain the same, your needs, views on life, wants and opinions change with time — including your perspective on love and marriage. It happens with everybody; you simply grow apart as you evolve and mature as individual human beings with times and the challenges that life throws at you. And then, at that phase in one’s life, it is better to live apart in harmony than stay together with acrimony in a marriage that has lived its times. While Aamir and Kiran are said to have emotionally separated in 2019, they decided to have an actual trial period of separation after that for a couple of years.” 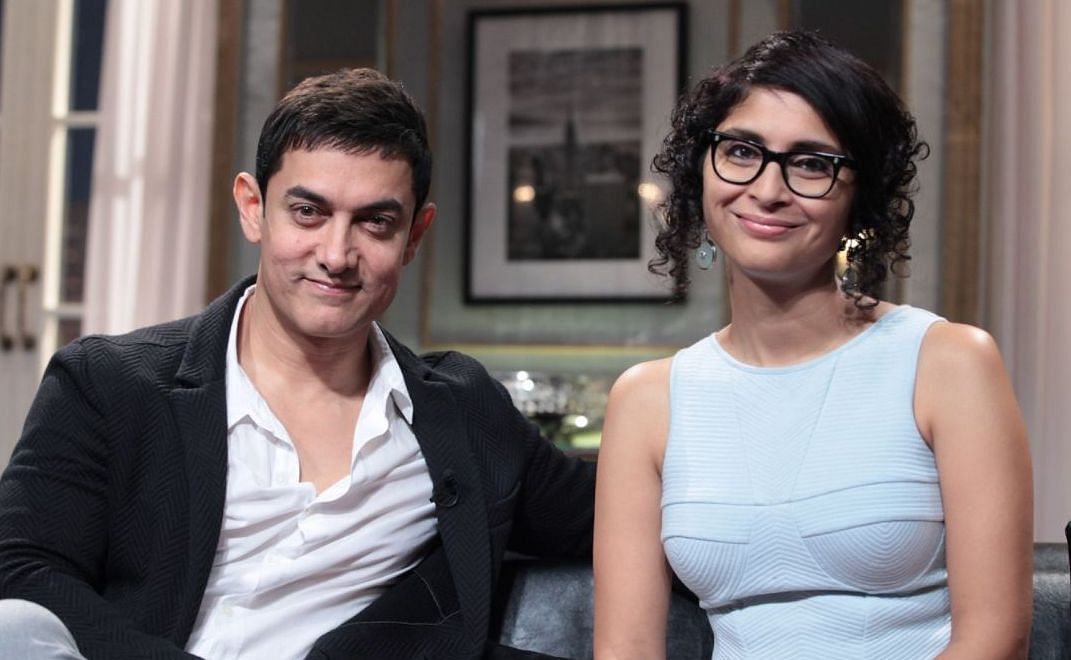 The maturity and balance that Aamir and Kiran are handling in their new relationship is clear in the fact that today both are in Ladakh with Azad. “Aamir and Kiran enjoy a beautiful, loving relationship today — as friends and co-parents. The three decided to have a brief holiday in Kargil before the shoot started and spend some quality time with each other. Both are devoted parents and want to make sure that their son passes through this sensitive phase of his life with love and care. Last year, before their 15th wedding anniversary in December, Aamir, his nephew Imran Khan with daughter Imaara, Kiran, Azad, and Ira were spotted at the Mumbai airport leaving for an undisclosed location to ring in the New Year. He is currently shooting in Ladakh for the final schedule of his much-anticipated next release, Laal Singh Chaddha, directed by Advait Chandan and spending time with Kiran and Azad.”

Four years ago, while Aamir was facing rumours of his close friendship with Fatima Sana Shaikh after the blockbuster success of Dangal, he had taken a much-needed break from work to travel to Italy with Kiran and Azad. The source adds that Aamir has always treated his relationships with ease and comfort and yet been open and honest about everything. “If Aamir has not spoken about something it is only because he respects the other person too much. 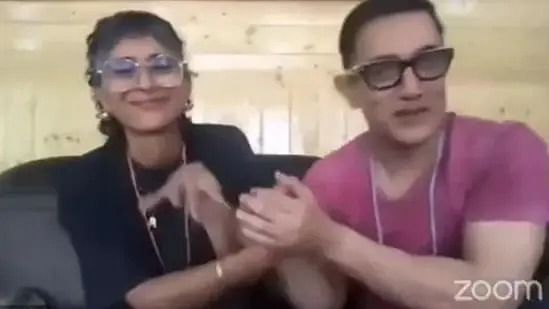 Last year, Aamir and Ira watched Suraj Pe Mangal Bhari, which featured Manoj Bajpayee, Diljit Dosanjh and Fatima Sana Shaikh, in the theatre. Aamir’s ex-wife, Reena, and Kiran extended their support to Ira when she started her new company, Agatsu Foundation. Reena had been part of almost every celebration that Aamir’s family held, while he and Kiran had attended her 50th birthday party a few years ago.”

The last year has been a tough one for everybody, including Aamir and Kiran. Aamir is also producing Laal Singh Chaddha and due to the pandemic, even the film’s release has been delayed. The source sums it up succinctly, “It is nobody’s business but Aamir and Kiran’s what they do in their personal life. They share a beautiful bond and they always will. Let’s wish them the best and move on too…”

Read Also
From cameo in ‘Dil Chahta Hai’ to Aditi Rao Hydari’s cousin – Who was Kiran Rao before... 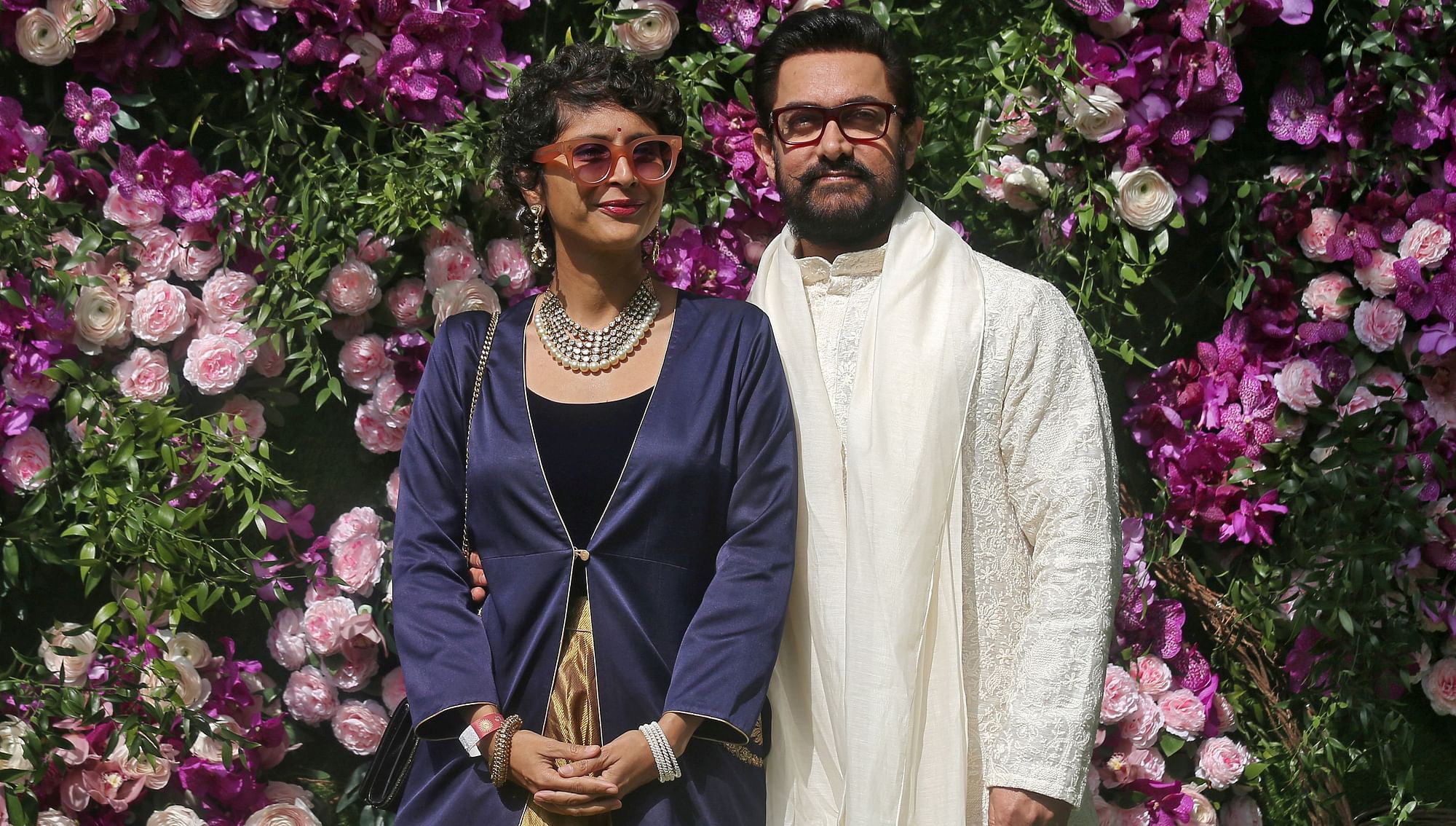