The numbers show that the Tablighi Jamaat at Nizamuddin accounted to only 4000 people, whereas Hindu congregations at several temples round up to 1.7 lakh.
FPJ Web Desk 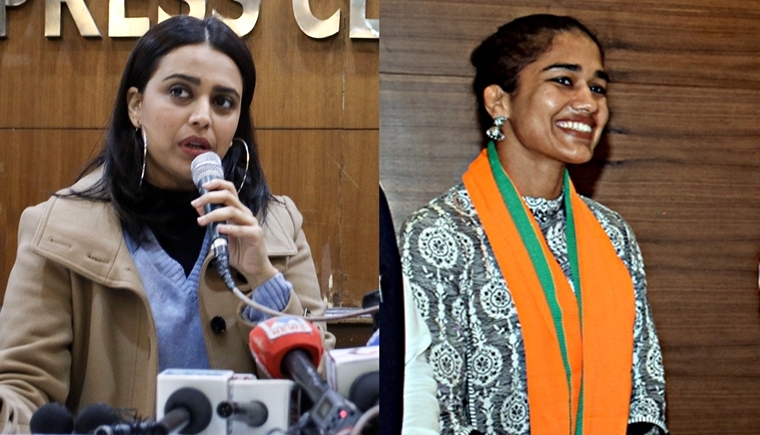 Twitter is abuzz with Swara Bhasker trending for calling out wrestler Babita Phogat, who said that the Tablighi Jamaat was the biggest danger in India, followed by coronavirus. Swara shared a statistical chart of footfalls at religious gatherings in India from March 9 to 19, 2020. The numbers show that the Tablighi Jamaat at Nizamuddin accounted to only 4000 people, whereas Hindu congregations at several temples round up to 1.7 lakh.

Swara wrote, “Babita ji See also this statistics! Have these millions of devotees been corona tested? Please comment on this too! And why did the Delhi Police give permission to the program of Tabligi Jamaat .. Raise this question too! The rest of us are your fans!”

Here's what Babita had tweeted.

‘In Hindustan coronavirus was spread by illiterate pigs’: Babita Phogat lashes out at...

However, after facing severe backlash for her tweet, she took it down and put out a clarification. She said, "What else should I call those who attack doctors, police, nurses in this crisis."

"I have no motive to write against any particular caste. I have written against the attackers and will keep writing even further," she added.

The tweets also led to many asking for her account to be suspended, just like Kangana Ranaut’s sister Rangoli Chandel, who incited hate on the micro blogging platform for by stating ‘mullahs and media should be lined up and shot dead’. Incidentally, Babita stood behind Rangoli stating that people on Twitter couldn't 'handle the truth'

In 2019, Phogat had joined the Bharatiya Janata Party. She contested the Haryana Assembly elections, but lost to rebel BJP leader Sombir. She also donated Rs 1 lakh to the PM Cares Fund to fight the coronavirus outbreak in India.