HomeEducationWBSSC scam: Maximum illegal recruitments made for teachers of Bengali

WBSSC scam: Maximum illegal recruitments made for teachers of Bengali

Four illegal recruitments were made for English, followed by three for Life Science and one each for Geography and Physical Science.

Kolkata: As per the fresh list of 40 illegally recruited teachers for Class 9 and 10 in the state-run schools published by the West Bengal School Service Commission (WBSSC) following a Calcutta High Court order, the maximum illegal recruitments were made for Bengali.

Out of the 40 candidates mentioned in the list, as many as 21 candidates (52 per cent) were recruited as Bengali teachers. History comes second 10 or 25 per cent illegal recruitments.

Four illegal recruitments were made for English, followed by three for Life Science and one each for Geography and Physical Science.

In the previous list of 183 the "wrongly recommended candidates" published by WBSSC on December 2, the maximum number of illegal recruitments was done English with 57, followed by geography -- 30, Life Sciences -- 22, Bengali -- 21, Mathematics and Physical Science -- 18 each and finally history -- 17. They all got appointments in 2016. 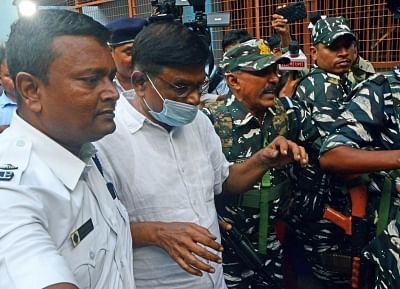 WBSSC has also published the optical mark recognition sheets of the 40 candidates in the fresh list and many of the OMR sheets show that the candidates concerned did not attempt a single multiple choice question and have attempted only a couple of questions.

However, all of them received recommendations for appointment since their marks were later increased to between "49 and 52" at the commission's server as per the findings of Central Bureau of Investigation (CBI) which is probing the multi-crore teacher's recruitment scam.

On Tuesday afternoon, while directing the WBSSC to file a fresh list of 40 candidates along with their OMR sheets, Justice Abjijit Gangopadhyay observed that such manipulations cannot be the handiwork of ghosts and surely some people within the commission were involved in it.

As per the CBI's submission to the court, a total 21,000 candidates were recruited illegally in all categories of WBSSC and more than 9,000 OMR sheets were tampered with in the process.

Budget 2023: 30 Skill India International Centres to be set up across states

Budget 2023: Top institutes to get Centre for Excellence in Artificial Intelligence