Mumbai: The second day of IIT-Bombay’s Mood Indigo fest began with an explosion of fun among the participants and spectators. Strolling on the institute’s campus, students and visitors from all over the nation looked forward to attending interesting events and workshops. However, street performances and musical events caught the eyes of most of them.

One such event was ‘Mantra’, a music festival, where artists pumped the crowd with their performances. Bands from colleges from all over the country participated in the event. A performance that fascinated most of the viewers was given by 440 Hertz, which was a band of students from Delhi College of Engineering. “Attending and participating in MoodI is a dream for many. We’re glad we got to take part this year,” said Abhishek Jangid, a vocalist of the band.

Jangid stated that this was the first time they had participated in Asia’s largest college cultural festival. “It felt nervous at the start to perform in front of such a huge crowd. However, it was an incredible experience,” the vocalist added.

Every performance witnessed even more hooting and the sound of applause than the previous one, grabbing more crowds at the NCC ground.

Alongside ‘Mantra’ was the ongoing hip-hop rap battle face-off, ‘Mi’nem’, at the SAC parking lot of IIT-Bombay. Street hip-hop performances from different colleges in India participated with an aim of keeping the art alive.

Delhi’s Maharaja Agrasen College’s team Do Nawaab, including members Vishy and Shivaay, was one of the first teams to reach the finals. Participation in MoodI was so important for the hip-hop duo that they opted to miss their vivas and other internal exams.

“Hopefully we’d take back a trophy and show it to our HOD so that he might allow us to appear for our exams once we go back, or else I lose as many as 90 marks in internals,” said Vishy. “Though we missed those essential exams, we feel that we couldn’t have afforded to miss this participation,” added Shivaay.

A crowd gathered to listen to the rap battles. Visitors from outside India, too, gave undivided attention to the competition. One such spectator from Denmark, Ole, said that it was too unique of an event for him to attend.

“Though I don’t understand the language in which these people are delivering their rap songs, the beat-boxing is amazing to hear,” said the Danish spectator.

Another such visitor John, who was from Scotland, was confused about which event he should attend. That’s when he occupied his place at the SAC parking lot for the following event called ‘Beat the Street’, which was a street dancing event.

As the participating teams started dancing on the black mat spread on the ground, synchronizing to the beats of the music, they were surrounded by spectators from all four sides.

One of the teams of Punjab’s Lovely Professional University that called themselves the ‘No Name Crew’ consisted of students across courses offered by the varsity. “It is something very important and new for us to perform in such a fest that witnesses lakhs of visitors daily,” said Pankaj Pal, who headed the team.

Pal added that their aim was not to win the competition and go back with a trophy, but just to represent his university at a recognized annual college fest.

The second day of MoodI continued with a humorous performance by stand-up comedian Anubhav Singh Bassi followed by a musical performance by Bollywood singer Sunidhi Chauhan. 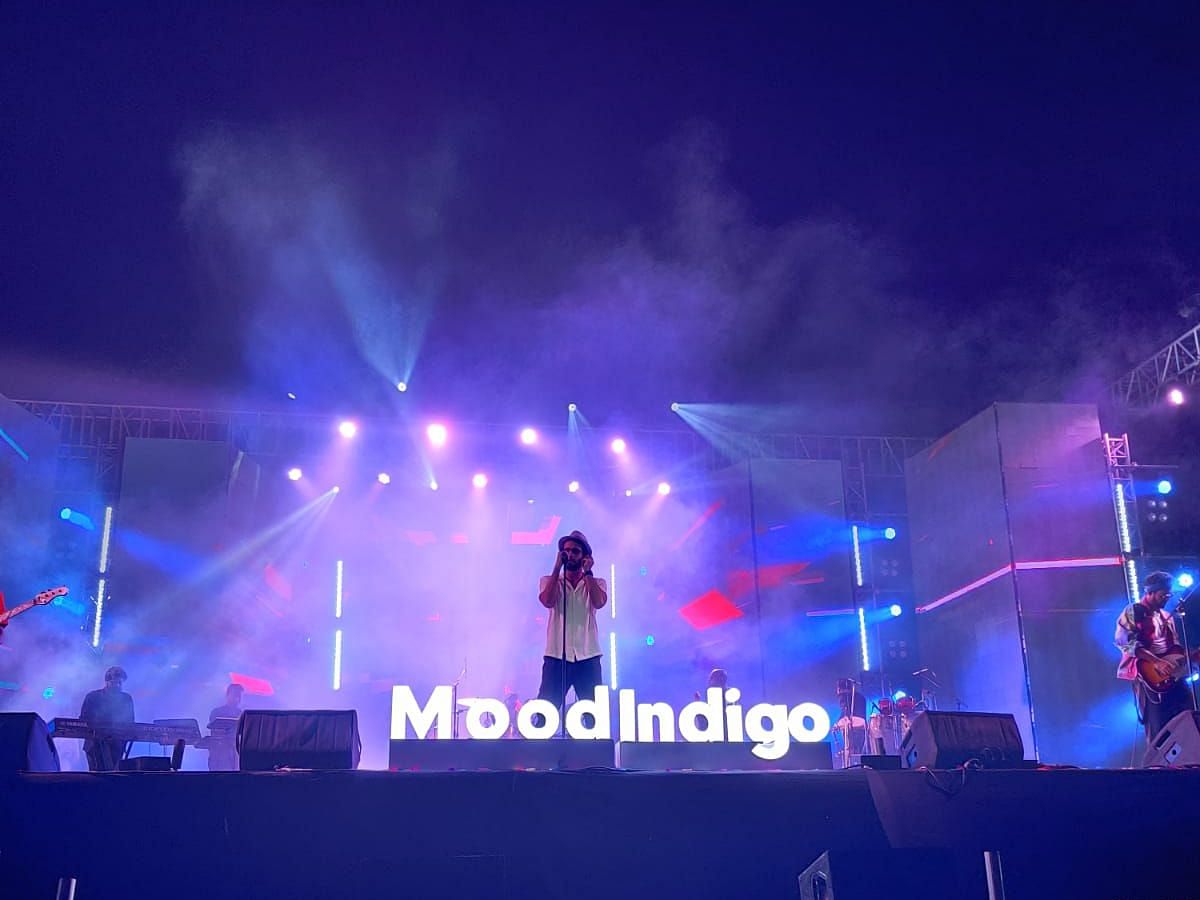