These teachers would not teach classes for five days while a judicial inquiry is conducted into the allegations of the RSS-affiliated student union, the college principal said on Thursday.

Indore: A government-run law college here has taken six teachers, including four Muslims, off duty temporarily after the right-wing student group Akhil Bharatiya Vidyarthi Parishad (ABVP) accused them of "promoting fundamentalism" and "negative thoughts" about the government and Army.

These teachers would not teach classes for five days while a judicial inquiry is conducted into the allegations of the RSS-affiliated student union, the college principal said on Thursday.

Members of the ABVP, the student wing of the Rashtriya Swayamsevak Sangh (RSS), created a ruckus on the campus of Shasakiya Navin Vidhi Mahavidyalay (Government New Law College) on Thursday, demanding action against four Muslim and two Hindu teachers.

Dipendra Thakur, head of the ABVP unit at the college, alleged in a complaint to Principal Dr Inamur Rahman that some teachers promoted "religious fundamentalism and negative thoughts about the government and the Army" among the first-year students.

On Fridays, the principal, Muslim teachers and students offer namaaz and during this time classes are not held, he alleged. 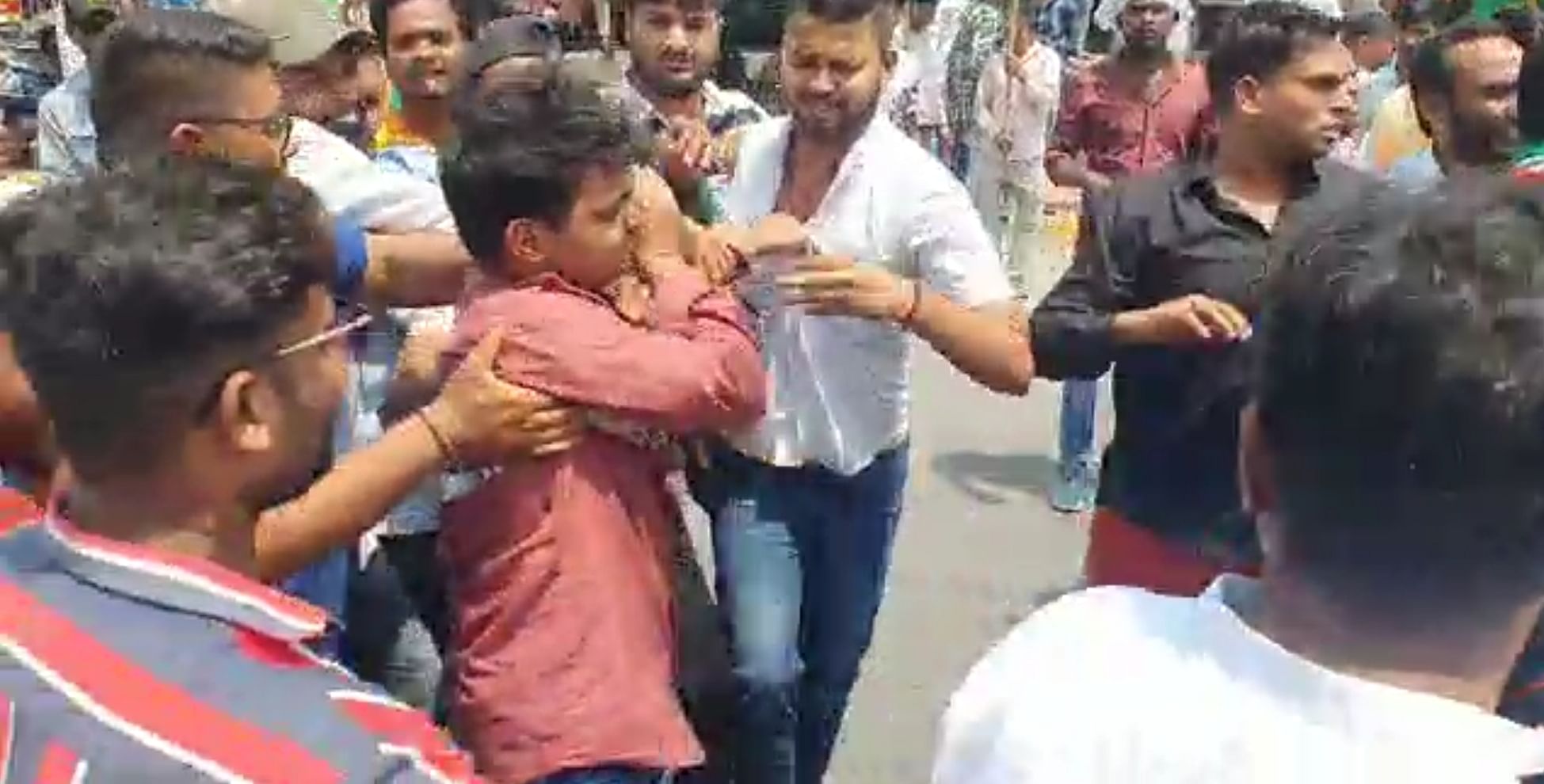 "Love jihad" and "non-vegetarianism" was being promoted on campus, the complaint further said.

Love Jihad is a term used by right-wing Hindu groups which claim that there is a "conspiracy" to lure Hindu girls into marriage and convert them to Islam.

Principal Rahman said the atmosphere in the college was not like that described in the complaint.

"As the ABVP's complaint is serious, I have decided that an inquiry should be conducted by a retired judge of the district court," he told reporters.

To ensure that the inquiry can be conducted in a fair manner, the six teachers who faced accusations have been taken off duty for five days, he said.

As to the two Hindu teachers among them, he said the ABVP has accused them of behaving in autocratic way and not talking properly with students.

UP: School without electricity 'powers' itself; read details