The vice-president of tribal organisation Mahesh Damor objected to ABVP membership drive inside college premises leading to clashes between both sides.

Dhar (Madhya Pradesh): Members of Tribal Students Organisations and the NSUI held a massive demonstration following a dispute with ABVP members here at PG College in Dhar on Tuesday. Members also handed over a memorandum to naib tehsildar addressed to Governor Mangubhai Patel.

A few students were injured after clashes broke out between Tribal Students Organisation and ABVP members. The vice-president of tribal organisation Mahesh Damor objected to ABVP membership drive inside college premises leading to clashes between both sides. Following which, agitated students held a demonstration outside the principal's office for an hour, demanding action against other group members. As per report of Mahesh Damor, a case was registered against Akash Khichi, Mahendra Thakur, Rahul Chavda and Shubham.

Whereas on the report of Rahul Chawda, a case was filed against Mahesh Damor and Mahesh Mod.

District president Ayaz Khan (NSUI) also handed over a memorandum for withdrawal of cases against tribal students' union. District vice president Rakesh Akhadia said that the membership drive was being run by ABVP in the college, which was opposed by the activists, which resulted in clashes. They used casteist remarks against Dalit students during the fight and implicated Mahesh in a false case. Student organisation's Ashish Sharma was also present. In the memorandum, members demanded to book ABVP members under Section 307 of the Atrocity Act. Students also took out a rally to the SP office and submitted an application. Tension still prevails in the college but the situation was under control, police said. 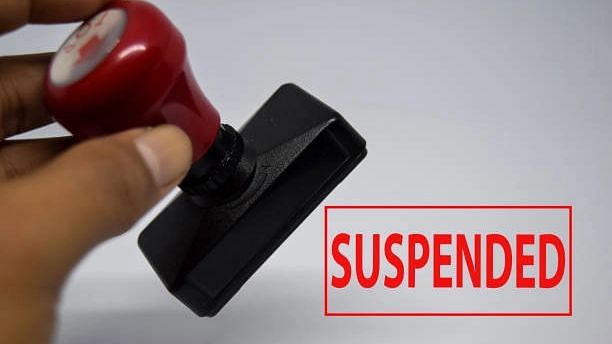