Vice President M Venkaiah Naidu on Friday said good quality education should be affordable and accessible to each and everyone, while stressing that education is the most powerful catalyst to speed up a country's development. Naidu was addressing the 69th convocation of the Panjab University here.

"Education of good quality must become accessible to all, be affordable and should lead to a positive transformation in an individual's outlook, societal cohesion and inclusive national development," the vice president said.

"There has to be cohesion in the society... We must always harness the power of education and unleash the creative energies of young minds," he further added. "The new India we are dreaming of will be built on soaring aspirations and acquisition of new competencies. It will be built on the knowledge, skills and attitudes we impart in our classrooms, and the innovation we foster in our workshops and laboratories," Naidu said.

"We have to work for a knowledge economy, that is where the future of our nation lies," he added. Punjab Governor Banwarilal Purohit, Haryana Governor Bandaru Dattareya, Punjab Chief Minister Bhagwant Mann and his Haryana counterpart Manohar Lal Khattar were present during the occasion.

Naidu said education is truly the most powerful catalyst that can change the pace of a country's development. He noted that 65 per cent of the country's population was below 35 years and 50 per cent below 25 years.

"If we empower, educate, enlighten, and encourage them, they will excel in their lives and make the country excel in the world," he said. Noting that universities must be at the forefront of the knowledge revolution through path-breaking innovations and cutting-edge research, Naidu said, "The ultimate aim of research is to make peoples' lives better, to make their lives happier. That should be the objective for taking up any research."

Naidu further said that there should be closer interaction between universities and governments so that robust policies can be formulated. India was once known as 'Viswaguru', he said, adding: "Students from across the globe used to come and study here. Because of colonial rule, we lost our momentum, and we are taught in an educational system which is more influenced by colonial rule."

He said the new education policy would take into consideration the need for really making the education system Indian. Naidu also emphasised that peace is a prerequisite for progress, and appealed to all the universities in the country to ensure peace is maintained on campuses and focus their attention on academic excellence.

"Our life should be illuminated by the five virtues of Guru Nanak Devji namely Sat (honest, truthful behaviour), Santokh (contentment), Daya (compassion), Nimrata (humility) and Pyaar (love). I hope these principles will continue to inspire us to be better human beings," he said.

Naidu also emphasised the need for universities to accord greater importance to implementable patents under intellectual property rights to give a fillip to the economy and the industry.

"We should move away from mediocrity and not be satisfied with what we have achieved," he said, as he exhorted the Panjab University to work towards attaining a place within top 10 universities globally.

"Aim high, devote yourself to building a bright future for yourself and for the nation at large. Success and fulfilment will then follow," the vice president told students. Naidu also asked people not to fight on the basis of caste and religion and create unnecessary divisions in society.

He pointed out that he has always told people to keep character, calibre, capacity and conduct in mind while electing their representatives. But some people try to replace these four Cs with caste, community, cash and criminality, he said, adding, "This is not required for the nation." 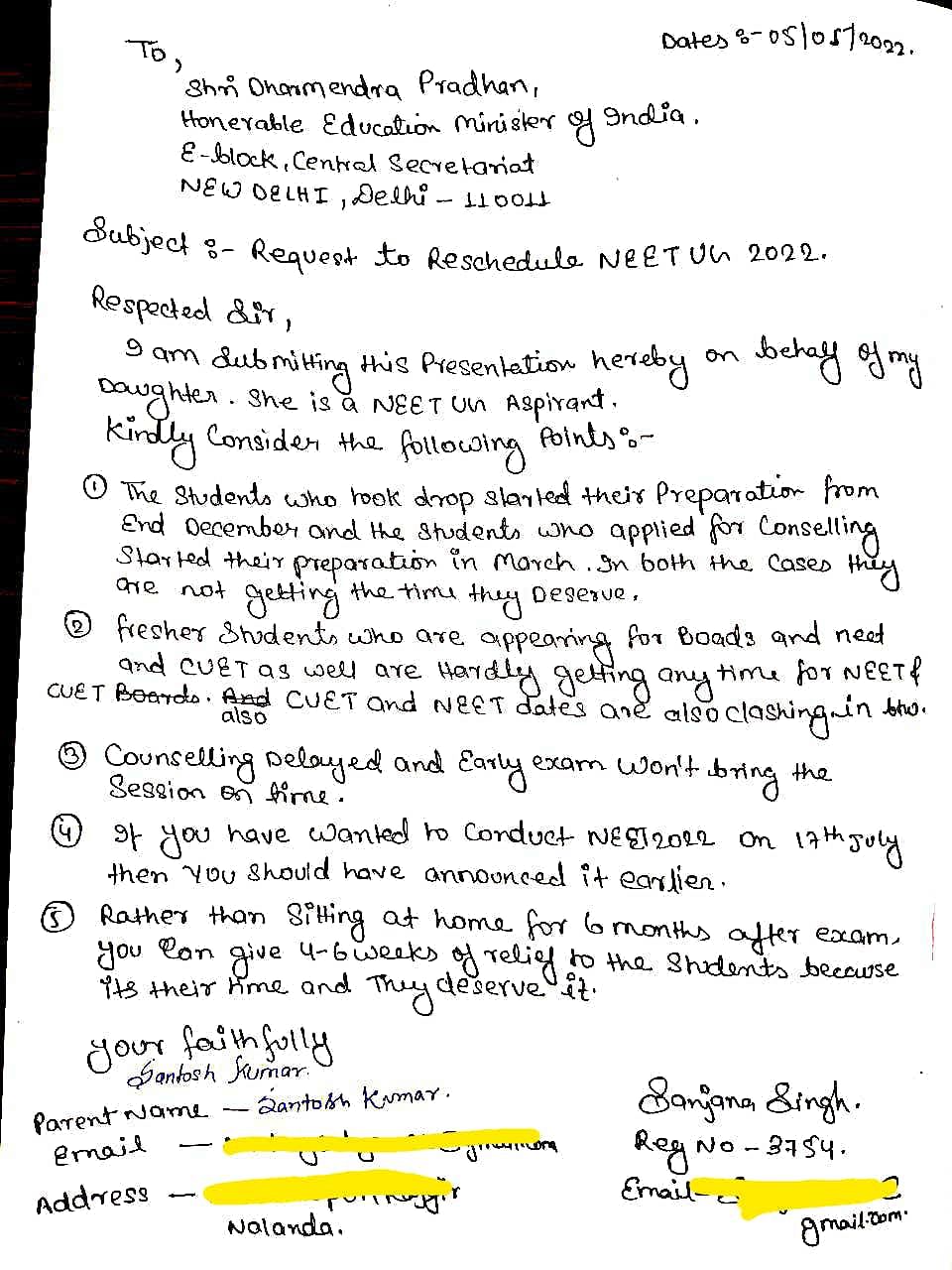 Parents write to the Education Minister for NEET postponement