HomeEducationWBBPE TET 2022: Normal life thrown out of gear in Kolkata as protests intensify against police action

WBBPE TET 2022: Normal life thrown out of gear in Kolkata as protests intensify against police action

Scuffle between police personnel and BJP supporters broke out after the latter tried to move ahead breaking through the police barricades.

TET protests in Kolkata, teacher aspirants clash with police officers over allegations of corruption in TET requirement. | Twitter/@MayukhDuke
Follow us on

Kolkata: Normal life in parts of Kolkata and Salt Lake collapsed in phases on Friday following waves of protests over the late-night police action to remove protesters agitating in front of the West Bengal Board of Primary Education (WBBPE) office against the alleged irregularities in the recruitment of primary teachers in the state.

The protesters, who were removed following the late-night operations, started returning to the protest venues on Friday, but to avoid violation of Section 144 of the Code of Criminal Procedure, they came in small groups of three. 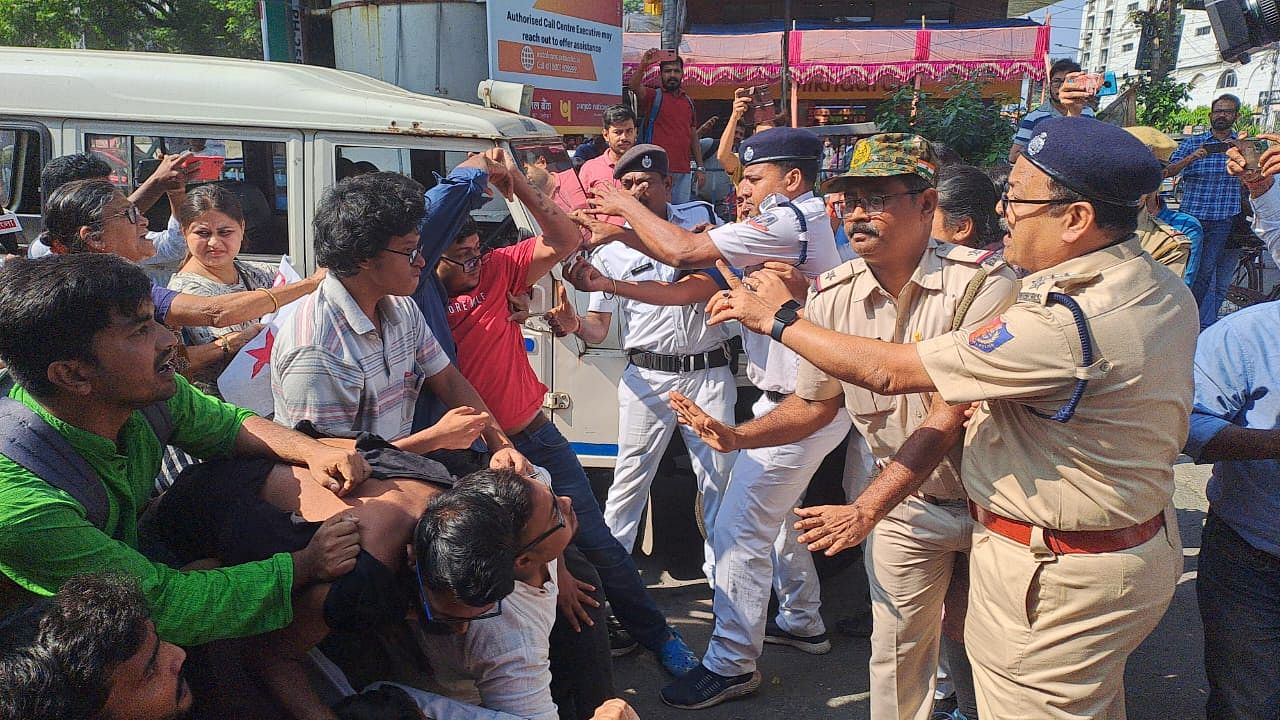 After the police started removing them from the sport, they sat on the streets and started protesting. Finally, like Thursday midnight, the police dragged the protesters into prison vans and took them to a local police station. But by that time the traffic had come to a standstill while normal operations totally collapsed in the area.

Meanwhile, at Esplanade in Kolkata, BJP supporters led by the party MLA Agnimitra Paul, Kolkata Municipal Corporation (KMC) councilor Sajal Ghosh and other senior party leaders staged a sit-in demonstration after the police stopped them from carrying out a protest rally there.

Scuffle between police personnel and BJP supporters broke out after the latter tried to move ahead breaking through the police barricades.

Several leaders and supporters of BJP, including Paul, were arrested. Traffic came to a total standstill in the busy hours on Friday afternoon following this development.

Elsewhere, Congress took out a rally from near Moulali to Mayo Road protesting against the late-night police action. The rally was led by the state Congress president and Lok Sabha member Adhir Ranjan Chowdhury, who walked all the way sporting a black ribbon

However, the rally was more and less peaceful and no report of scuffle came from there.