A police contingent had clashed with the protesters, who claimed to have qualified for the 2014 TET exams but were still omitted from the merit list, after 84 hours of sit-in near the head office of the West Bengal Board of Primary Education in Salt Lake area in Kolkata.

TET protests in Kolkata, teacher aspirants clash with police officers over allegations of corruption in TET requirement | Twitter/@MayukhDuke
Follow us on

Kolkata: Opposition parties and prominent personalities of West Bengal on Friday condemned the police action while removing primary teachers' job applicants from their agitation site, saying the TMC government had violated the democratic rights of the protestors.

The opposition parties hit the streets against the police action, while prominent personalities raised their voice against the police crackdown on the agitating Teacher Eligibility Test (TET) 2014 candidates on the intervening night of Thursday and Friday terming the manhandling of "would-be teachers" as an attack on democracy. A police contingent had removed the protesters, who claimed to have qualified for the 2014 TET exams but were still omitted from the merit list, after 84 hours of sit-in near the head office of the West Bengal Board of Primary Education in Salt Lake area in Kolkata. 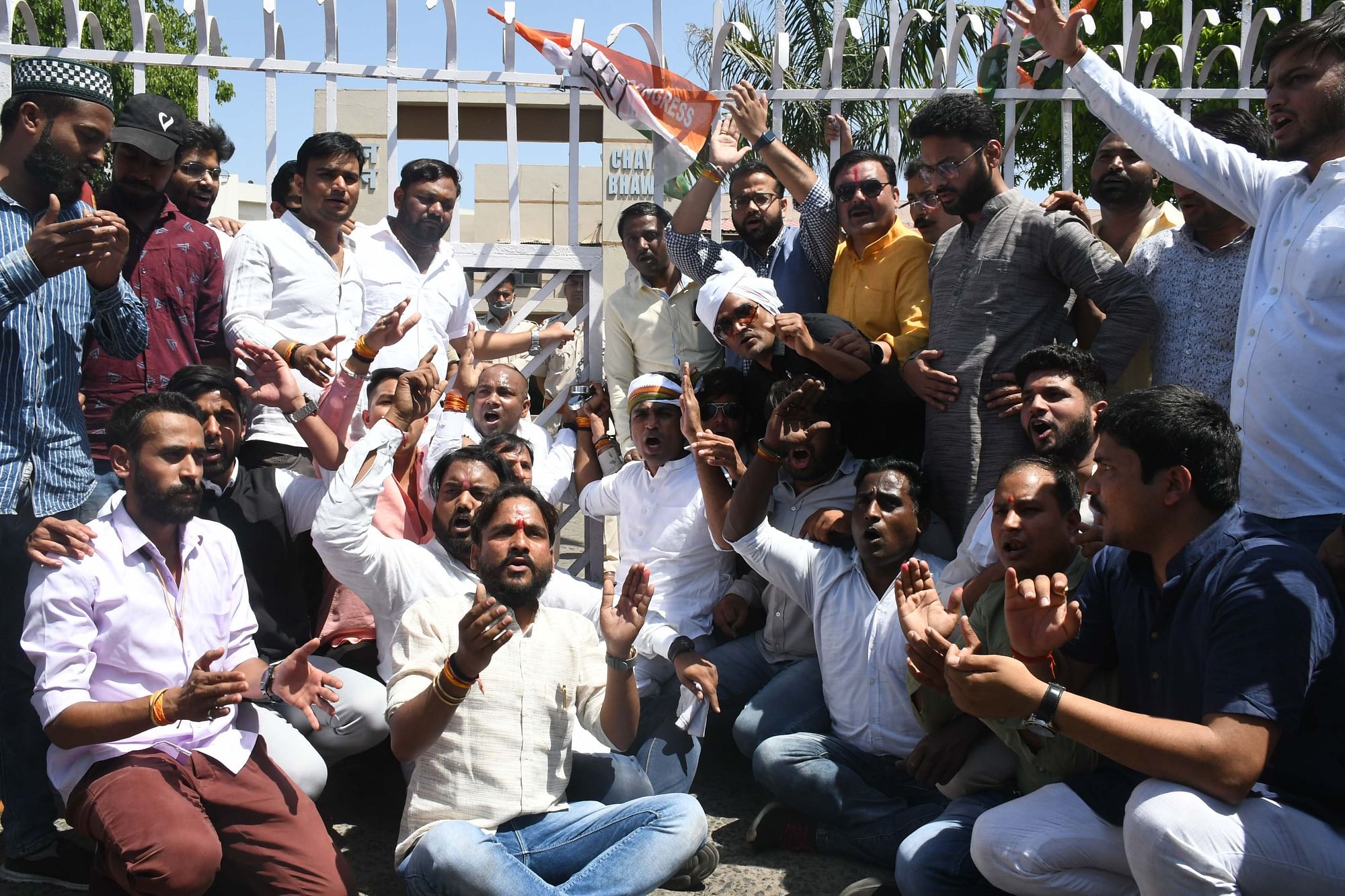 "The Trinamool government is flouting the basic democratic rights of the hunger strikers; Section 144 issued against a non-violent protest. Why? I strongly condemn the undemocratic and unethical action of the West Bengal govt," she tweeted.

Sen also wondered why Section 144 was invoked in the area when the protestors were not resorting to violence and were doing protests peacefully.

The police had dispersed the protesters, saying section 144 of the CrPC had been imposed in the area. Around 20 of the 500-odd protestors, who sat on one flank of the road from October 17, were on fast from the next day and five of them were shifted to hospital after they fell ill on Thursday.

Shila Das, a protestor had alleged, "We were manhandled by the cops who dragged us away and dumped us in three waiting vehicles. Even women were physically abused." Director Srijit Mukjherji also took to the micro-blogging site to slam the police crackdown on TET protestors.

"Sadly, I know SM updates don't affect a single policy maker in any part of the world. Else it would be a different planet...I strongly condemn this crackdown by the police on the protestors and demand justice," he tweeted.

Theatre personality and actor Kaushik Sen told PTI, that the action by police on the young unemployed youth, who were protesting peacefully, was brutal.

Director Kamaleswar Mukherjee also decried the protests in a Facebook post. "There is blood on road, but the walls are still painted blue and white. Police and thieves have conspired to break an agitation," Mukherjee said. " I am shocked and anguished. Such brutal attacks on job aspirants, including women, after dusk, is the hallmark of a fascist regime," he told PTI over phone from Mumbai.

Meanwhile, leaders of DYFI, the youth wing of the CPI(M), Meenakshi Mukherjee, and Kalatan Dasgupta were among 10 activists who were detained by the police for obstructing traffic by holding a road blockade and violating prohibitory orders in the Karunamoyee area of Salt Lake.

Members of the state BJP also took out a protest rally in central Kolkata. About 300 members, led by BJP MLA Agnimitra Paul, walked from the state headquarters of the party to the Esplanade crossing, both in central Kolkata, to express solidarity with the teaching job aspirants to state-run and state-aided primary schools.

Paul and others sat on the road while some of her party members scuffled with the police and tried to overturn the guard rail. WBPCC chief and Baharampur MP Adhir Ranjan Chowdhury led a protest from the state party office, Bidhan Bhavan, to another sit-in protest site of 2014, 2016, 2017 TET-qualified candidates .

CPI(M) central committee member Sujan Chakraborty went to Bidhannagar North police station where the detained DYFI leaders were taken. "A former education minister is in jail in connection with the teaching job scam. His trusted people who helmed the Secondary Board and Primary Board are also behind bars. And the current Education minister is showing his autocratic attitude by not listening to the just demands of the TET 2014 candidates. It seems this government is shameless," he said.

Countering the barrage of criticism, Trinamool Congress state spokesperson Kunal Ghosh said the police were not interfering in the sit-ins as the TMC-run government did not believe in crushing democratic protests. "However, so far as the Karunamoyee incident is concerned, the protestors violated prohibitory orders and sat on a road before the board office. Police had to lift them as the movement was disrupting normal life," he said. Ghosh alleged none of the opposition parties want the qualified TET candidates to get jobs and are intent on prolonging the impasse .