Itanagar: Arunachal Pradesh Chief Minister Pema Khandu called on Governor Brig (Dr) BD Mishra at Raj Bhavan, Itanagar today and submitted the recommendations of the state cabinet on the APPSC paper leakage case regarding the provisions under Article 317 of the Constitution to terminate and suspend the staff and officers of APPSC.

The CBI team as reported had interacted with the state police and special investigation cell (SIC) to know the updates on the APPSC job scam.
Anand Mittal, SP, SIC told the media that though accused Akhilesh has been granted bail, he will be cooperating in the investigation whenever called for interrogation. 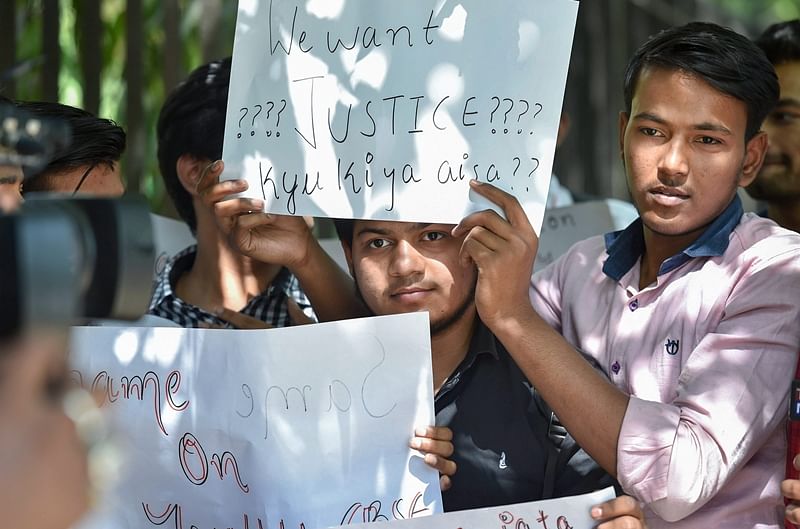 Meanwhile, All Arunachal Pradesh Students' Union (AAPSU) and All Nyishi Students' Union ((ANSU) in a press conference jointly declared 12 hours of protest on November 2 against the unenthusiastic behaviour of the authority in the APPSC fiasco.

According to CBI, the case has been registered at the request of the Government of Arunachal Pradesh, and further notification from the Government of India transferring the investigation of SIC (Vigilance) Police Station corresponding to the Itanagar Police Station registered the case on September 10 this year against a private person of a coaching institute at Itanagar and unknown officials of Arunachal Pradesh Public Service Commission (APPSC) on a complaint related to the allegations of leakage of question paper before written examination for recruitment to the post of Assistant Engineer (Civil) conducted by APPSC on August 26 and 27, 2022.
The complainant (a candidate) had alleged that the accused (a teacher of the institute) was in possession of questions for the said examination disclosing leakage of paper by him in connivance with unknown officials of APPSC.