HomeBusinessRupee falls 7 paise to 79.33 against US dollar in early trade

Rupee falls 7 paise to 79.33 against US dollar in early trade

Sliding crude prices in the international market restricted the rupee's fall, according to forex traders

The rupee depreciated 7 paise to 79.33 against the US dollar in early trade on Monday as a muted trend in domestic equities and risk-averse sentiments weighed on the local unit.

However, sliding crude prices in the international market restricted the rupee's fall, according to forex traders.

At the interbank foreign exchange, the rupee opened weak at 79.30 against the American dollar and slipped further to quote at 79.33, a decline of 7 paise over its last close.

In initial trade, the local currency witnessed a high of 79.24 and a low of 79.35 against the US dollar.

In the previous session, the rupee had closed at an all-time low of 79.26 against the dollar.

“COMEX gold trades marginally lower near $1740/oz weighed down by firmness in US dollar as robust US jobs report has further cemented market expectations that Fed may continue with aggressive rate hikes to get inflation under control. Weakness across commodities and continuing ETF outflows is also weighing on gold price. However, supporting price is renewed virus concerns in China and some other parts of Asia and rise in China’s consumer price at the fastest pace in two years. Gold has already fallen sharply on Fed’s tightening expectations and we may see some consolidation unless there are fresh triggers. ”, said Ravindra Rao, VP- Head Commodity Research at Kotak Securities

Rahul Kalantri, VP Commodities, Mehta Equities Ltd said, Gold & silver suffered heavy losses in the first half of the last week and dropped to their weakest levels since September 2021. The broad-based dollar strength amid growing recession fears and the worsening demand outlook for the yellow metal caused precious metals to close in the negative territory for the fourth straight week.

The dollar index settled at 20 year highs and the U.S. 10-year bond yields also gained last week. The euro plunged to its lowest levels in the last two decades due to higher inflation, recession fears and energy crisis in the European Union. However, weakness in the rupee and recent hike in government import duty on gold supported prices in the domestic market.

Meanwhile, the dollar index, which gauges the greenback's strength against a basket of six currencies, gained 0.31 per cent to 107.34.

Foreign institutional investors were net sellers in the capital market on Friday as they sold shares worth Rs 109.31 crore, as per exchange data.

Foreign investors continue to desert Indian equity markets and have pulled out over Rs 4,000 crore this month so far amid steady appreciation of the dollar and rising interest rates in the US.

However, the pace of selling by foreign portfolio investors (FPIs) has been declining over the last few weeks. 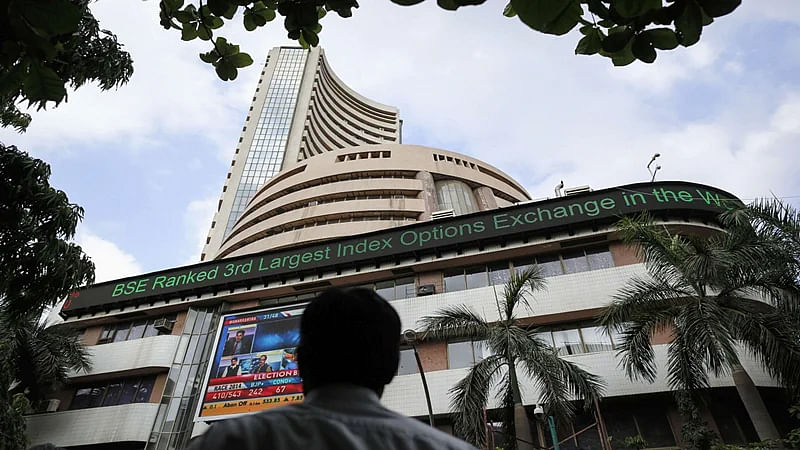 Indian Oil keeps prices of petrol, diesel unchanged in Delhi since Thursday; check rates in other...

Rupee rises 24 paise to 81.49 against US dollar in early trade

RBI hikes benchmark lending rate by 50 basis points for 4th time in a row to rein in inflation...