Advertisement
Home / Entertainment / Bollywood / 'Was tired of playing hero's wife: Lara Dutta reveals why she took a break from acting

'Was tired of playing hero's wife: Lara Dutta reveals why she took a break from acting

After a career of almost a decade following her 2003 debut 'Andaaz', Dutta slowed down her film work post 2015.

Actor Lara Dutta says she decided to momentarily step away from acting because she felt "jaded" being slotted in roles which required her to be either the "girlfriend or wife" of the leading men.

After a career of almost a decade following her 2003 debut 'Andaaz', Dutta slowed down her film work post 2015.

The actor said the decision to take a break from screen was fuelled by her desire to give time to her daughter Saira, whom she shares with husband Mahesh Bhupathi, and also because the industry rarely challenged her with interesting parts.

"By the time I reached my early 30s, I honestly may have gotten a bid jaded. The industry was in a different space back then. You were cast because a glamourous actress had to be cast in a film. You were invariably playing the hero's girlfriend or wife. I got tired of it," Dutta told PTI.

The 43-year-old actor said she decided to overcome the situation by consciously choosing comedy films, which she found offered her more scope to perform. Dutta has featured in several blockbuster comedies like 'No Entry', 'Bhagam Bhag', 'Partner' and the 'Housefull' franchise.

"It gave me a lot more to do than be someone's wife of girlfriend. I left my mark by doing comic films that were successful and popular. That became my sweet spot and gave me the opportunity to do more than just be a pretty glamourous heroine on screen.

"By the time I had my daughter in my early 30s, I had gotten jaded and tired of that. It was important and refreshing for me to take that step away," she added.

In the last two years since her return to the screen, Dutta has featured in three series- 'Hundred', 'Hiccups and Hookups' and her latest 'Kaun Banegi Shikharwati'.

The three shows-featuring her as a cop, single mother and the daughter of an eccentric king trying to be his heir, respectively- have kept Dutta occupied with varied work.

"I did so much work in the last 18 months, more than what I have done in the last six years put together. It has been an incredibly liberating time as an artiste to be able to play these diverse characters,"she said.

The actor believes the influx of digital medium has completely changed the landscape for actors.

"When I decided to step out and do work, OTT platforms entered the country and changed the entire landscape for actors. So now there was better work to do than when you stepped away! I'm having the time of my life," she added. 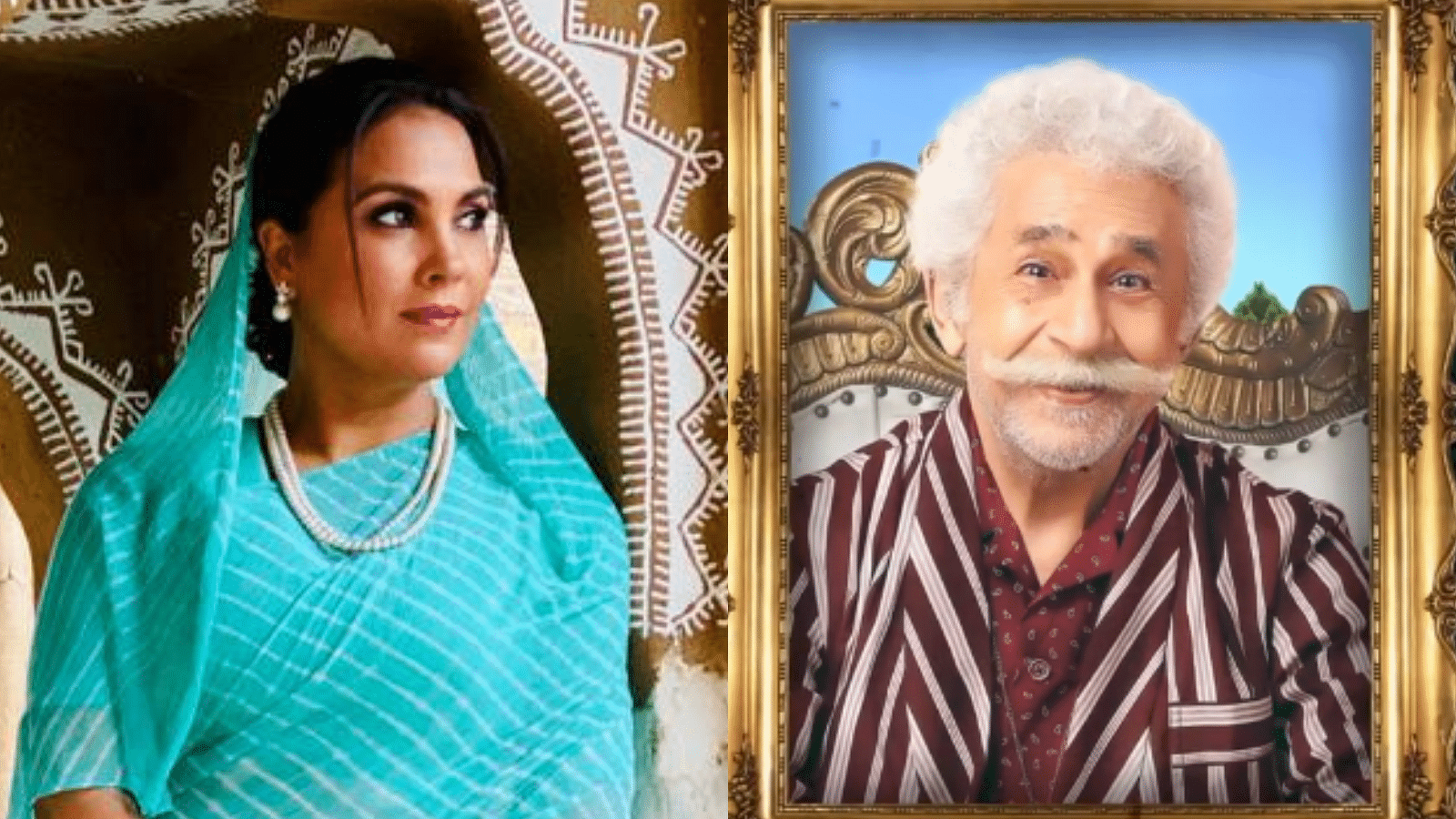 'It's the highlight of my career': Lara Dutta on her scene with Naseeruddin Shah in 'Kaun Banegi...