Now, the sophomore season, set in Chennai, is scheduled to be released on June 4.

"The Family Man 2" is facing controversy over its alleged depiction of Eelam Tamils.

Fronted by Manoj Bajpayee, "The Family Man" season two was scheduled to return earlier this year on Amazon Prime Video but got postponed following controversies around the streaming platform's shows "Tandav" and "Mirzapur".

Now, the sophomore season, set in Chennai, is scheduled to be released on June 4.

It will see Bajpayee's Srikant Tiwari pitted against a new and powerful adversary, Raaji, played by South star Samantha Akkineni.

There have been calls for the boycott of the series in Tamil Nadu, with IT Minister T Mano Thangaraj writing a letter to Centre over the show's depiction of Eelam Tamils in a "highly objectionable manner".

While the makers and Bajpayee himself have urged viewers to wait and watch before deciding, Samantha’s father-in-law and veteran actor Nagarjuna is reportedly super annoyed with the premature protests and worried for her.

According to a report by Bollywood Hungama, a source mentioned that the south superstar isn’t new to protests and attacks, but he is upset to see his children in a vulnerable spot.

Meanwhile, creators Raj Nidimoru and Krishna DK say they respect the sentiments of Tamil people and have come up with "a sensitive, balanced, and riveting story" in the second season of the show.

In their statement, Nidimoru and DK said they respect the sentiments of the Tamil people and stressed that assumptions should not be made based on the trailer.

"Some assumptions and impressions have been made based on a couple of shots in the trailer. We are very cognizant of the sentiments of the Tamil people and Tamil culture and have nothing but the utmost love and respect towards our Tamil people," the filmmaker duo said.

"We have put in years of hard work into this show, and we have taken great pains to bring to our audiences a sensitive, balanced, and riveting story - much like we did in season one of the show.

"We request everyone to wait and watch the show when it releases. We know you'll appreciate it once you watch it," they added. 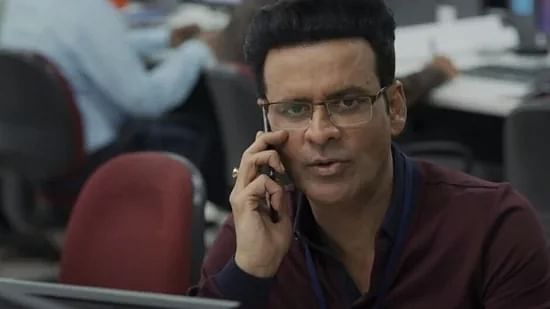