From 'Maidaan' to 'Mili', Boney Kapoor wraps up shoot of his five films amid COVID-19 pandemic

Among his films that commenced and wrapped shoot in the middle of the pandemic are 'Valimai', 'Maidaan', 'Nenjuku Needhi', and 'Mili'

Bollywood bigwig Boney Kapoor has become the only producer to achieve the challenge of completing five films in the pandemic.

Among Boney Kapoor’s films that commenced and wrapped shoot in the middle of the pandemic are the Ajith-starrer 'Valimai', Ajay Devgn-starrer 'Maidaan', Udhayanidhi Stalin-starrer 'Nenjuku Needhi', Veetla Visheshanga and Janhvi Kapoor starrer 'Mili'.

For over four decades now, he has aced movies across languages in Bollywood and the South Film industry.

From the stable of India's biggest crossover filmmaker, fans are now awaiting his 2022 slate of movies across languages on the horizon.

Having successfully dabbled in different genres over the years, Boney Kapoor’s 'Mili' will be a survival thriller film. Details on his slate of films are much awaited by fans. 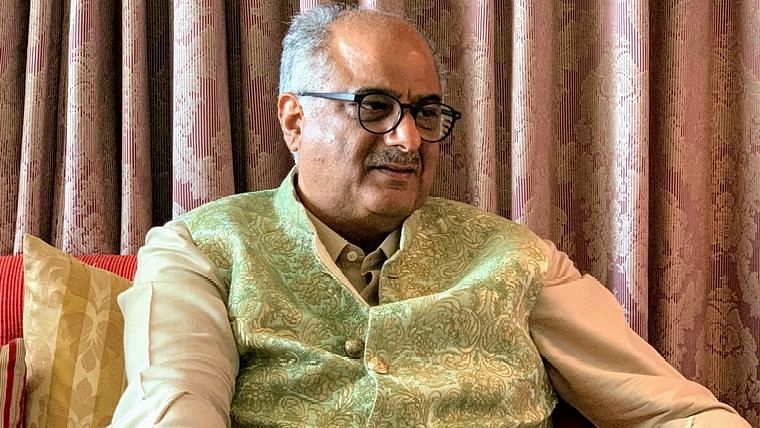 HomeEntertainmentBollywoodFrom 'Maidaan' to 'Mili', Boney Kapoor wraps up shoot of his five films amid COVID-19 pandemic