Advertisement
Home / Entertainment / Bollywood / Did you know? Amitabh Bachchan and Dilip Kumar were not a part of 'Deewangi Deewangi' due to THESE reasons

Did you know? Amitabh Bachchan and Dilip Kumar were not a part of 'Deewangi Deewangi' due to THESE reasons

Bollywood actors Shah Rukh Khan and Deepika Padukone's 'Om Shanti Om' is one of their most extravagant outings yet. Everything about the Farah Khan film is grand and spectacular.

The track 'Deewangi Deewangi' became much more than a catchy tune because it managed to get 31 Bollywood stars to shake a leg together. The star-studded song became a superhit and is loved by the audience even today.

Recently, on 'The Kapil Sharma Show', Farah revealed that she wanted Amitabh Bachchan, Dev Anand, Dilip Kumar and even Saira Banu to feature in the song and she also opened up about why they were not a part of it.

The filmmaker revealed that Big B opted out due to personal reasons. "Aishwarya Rai and Abhishek Bachchan were getting married that month, that’s what he told us," Farah said. 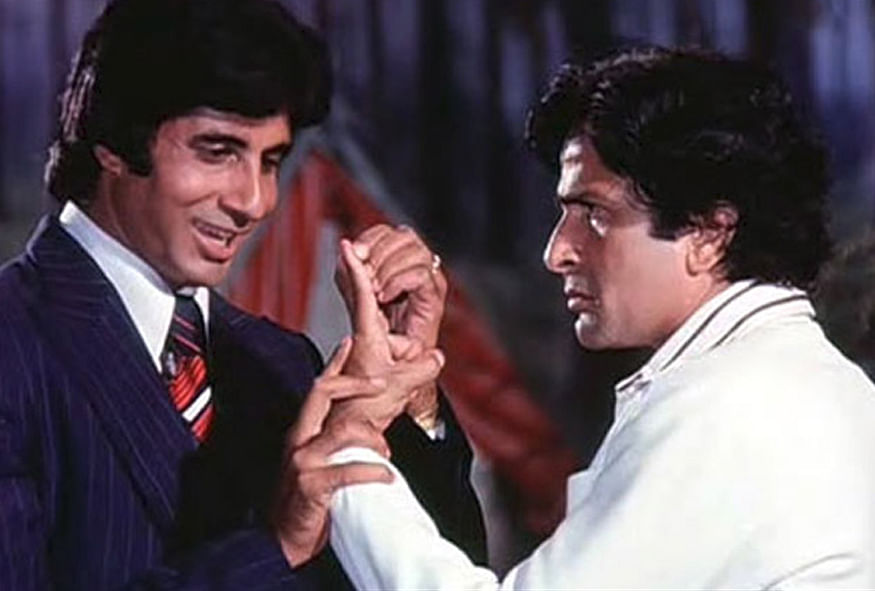 For those unversed, Aishwarya and Abhishek tied the knot at the Bachchans' bungalow Prateeksha in Mumbai on April 20, 2007.

She added that Shah Rukh Khan had promised he would personally get Saira Banu and Dilip Kumar on board, however, it did not work out.

Farah also revealed that actress Raveena Tandon could not come because she was heavily pregnant at the time. She also said that she approached Dev Anand but he declined and told her, "I don’t do guest appearances." The legendary actor passed away on December 3, 2011, in the UK. Poking fun at SRK's notorious unpunctuality, Farah also said that the superstar used to come on time on the sets for the shoot of 'Deewangi Deewangi' because he was the producer, actor and host

She went on to add that the song was shot in an ‘organised way’, with five stars every day and two hours dedicated to each.