Did Priyanka Chopra accidentally reveal she's having a daughter during promotions of 'Matrix'? Watch Video

Soon after Priyanka and Nick announced the news of becoming parents, fans and their celebrity friends showered them with good wishes

Celebrity couple Priyanka Chopra and Nick Jonas recently welcomed a baby through surrogacy. On Saturday, the couple took to their respective Instagram accounts to share the good news with their fans and followers.

"We are overjoyed to confirm that we have welcomed a baby via surrogate. We respectfully ask for privacy during this special time as we focus on our family. Thank you so much," Priyanka and Nick posted.

Soon after the couple announced the news of becoming parents, fans and their celebrity friends showered them with good wishes.

Priyanka and Nick are yet to reveal the gender of their baby. However, US Weekly reported that the couple had welcomed a baby girl through a surrogate. Fans have also found an interview of Priyanka from 'The Matrix Resurrections' promotions which has prompted fans to believe that she had accidentally slipped away the news of her baby girl.

A Priyanka and Nick fan page on Instagram shared a clip of the actress appearing on a show in which Priyanka was speaking about breaking glass ceilings when she mentioned her daughter.

"I would love for my daughter or my children or our kids in the next generation to not inherit the glass ceilings that were set for us," she said.

The specific mention of her daughter has led to fans believing that she was already aware of her and Nick’s baby’s gender and accidentally slipped it away.

Priyanka and NIck got married in a Christian and a Hindu ceremony in Jodhpur's Umaid Bhawan Palace on December 1 and 2 in 2018. Later, the couple also hosted two receptions in Delhi and Mumbai.

On the work front, PeeCee was last seen on the big screen in 'The Matrix Resurrections' in December 2021. Her upcoming projects include 'Text For You', and Amazon thriller series 'Citadel'.

Back home in India, she will be seen in 'Jee Le Zaraa' with Katrina Kaif and Alia Bhatt. It is directed by Farhan Akhtar. 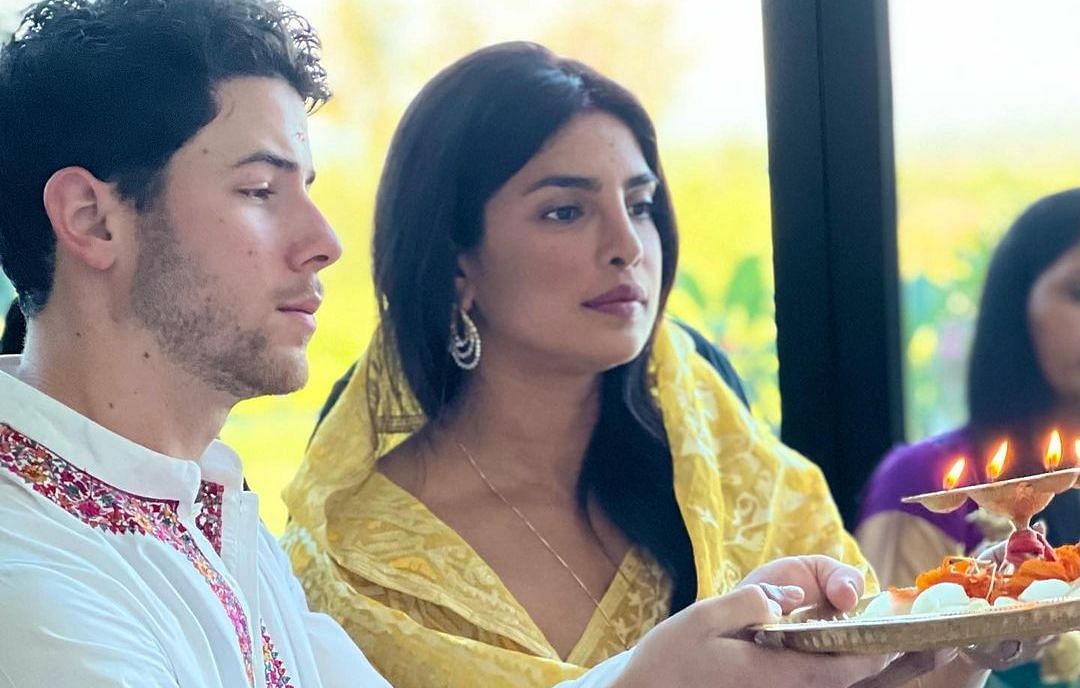