An organization of unemployed youths- Movement against Unemployment- called a protest in the state capital.
Staff Reporter 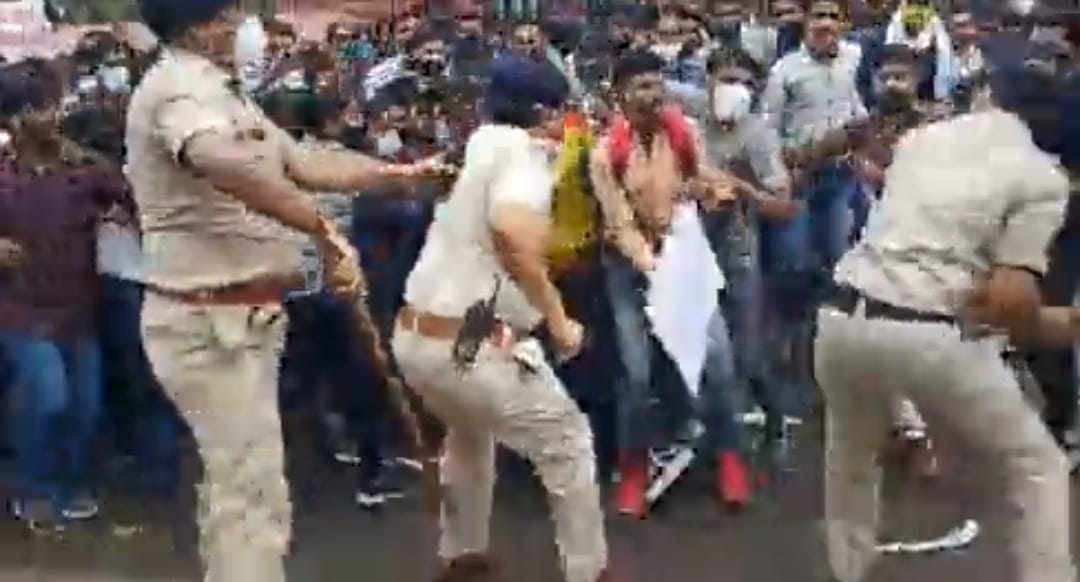 Bhopal (Madhya Pradesh): The youths, who were protesting against stay on government jobs recruitment, were lathi-charged and dispersed by police on Wednesday. Over a dozen youths have sustained injuries.

The police have also detained nearly 75 youths and sent them to open jails in different locations of the city.

They reached Neelam park and took out a rally. They blocked roads near police headquarters. The police restored lath-charges and detained them.

A post bearer of Movement against Unemployment, Manoj Rajak said the youths were brutally beaten up by police. “The police forced many of us to sit in a van and left us in a forest area, which is 30km away from the state capital,” Rajak said.