Upset over the SDM's act, villagers are planning to meet Chief Minister Shivraj Singh Chouhan, who is visiting the district on October 4.
Staff Reporter 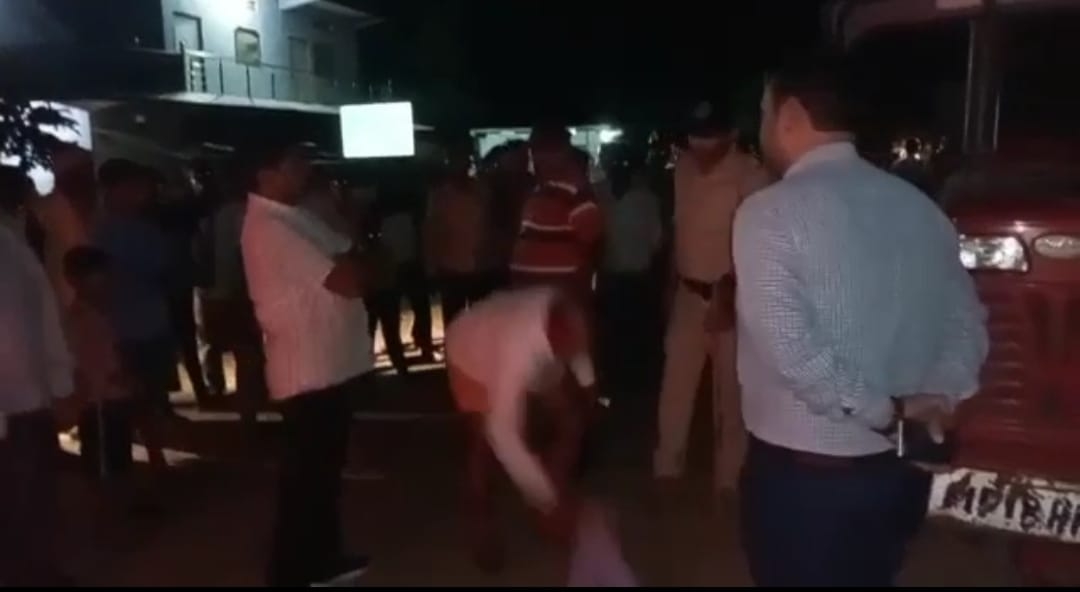 Bhopal (Madhya Pradesh): An angry IAS officer, who is posted as a sub-divisional magistrate (SDM) in Singrauli district has allegedly got a tractor driver and its owner beaten up for hitting his car and damaging its bumper.

The IAS officer, Akash Singh, is posted as SDM, Deosar and also has additional charge of Sarai block.

On Friday evening, he was returning from Sarai to Deosar, when his car accidently got hit by a tractor. The accident took place at Ginnauri village, near Sarai town. The videos related to incidents have been going viral on social media.

According to reports, no sooner had the tractor hit the car, SDM flew off the handle and ordered his gunman to beat up the driver.

Though, the tractor driver who was reportedly bashed up by SDM’s gunman and driver managed to escape from the spot, the tractor owner reached there.

Tractor owner, Lale Bais, who is Sarpanch of the village, said he reached the spot to seek apology from SDM on behalf of his driver and also pay the repairing cost of the damaged vehicle.

“As soon as I reached there, SMD ordered his gunman to beat me up. I fell to the ground, but his gunman kept beating him. There were over 20 people at the spot, when I was being beaten up by the gunman,” Bais told journalists, showing his injuries on his right thigh.

Bais has also lodged a complaint at the police station and demanded a FIR to be registered against SDM and his gunman.

Bais claimed that SDM and his gunman forced him to take off his clothes. "I took my Gamchha (a symbol of respect in eastern Madhya Pradesh) at his feet and demanded an apology from him," Bais is heard saying in a viral video.

Akash Singh, however, denied the allegations. “It is true that my vehicle was hit by a tractor. We stopped the tractor and informed the police. The tractor has been seized by police and a complaint has also been registered regarding this. All allegations by the tractor owner are baseless,” Singh said.

Sources said that villagers are planning to meet Chief Shivraj Singh Chouhan, who is visiting the district on October 4, to lodge a complaint against SDM.

This is not the first time when Akash Singh has courted controversy. Few days ago, he had allegedly ordered his gunman to break up the headlights of a vehicle that was reportedly parked on the road, blocking traffic in Sarai town.