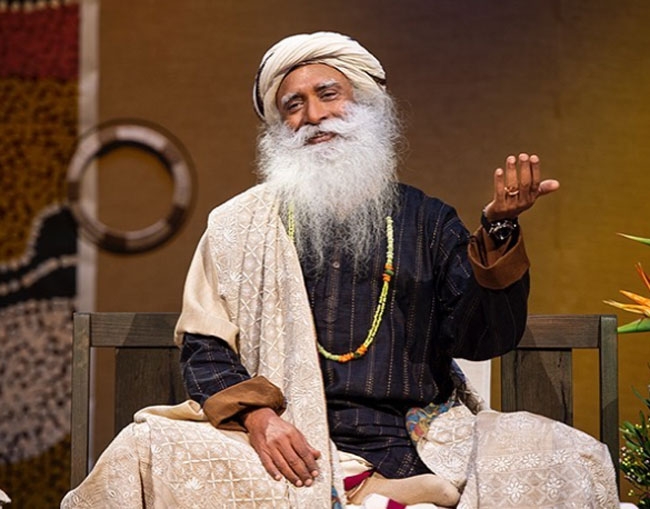 Director General of Police (UP) Mukul Goel sought to know ways to prevent such incidents. The Sadguru said he has seen cops working under stress and when they are deployed for some duty in far flung areas, they fail to get basic facilities like proper food.

He said the women constables find it difficult to work when there is lack of separate toilets for them. The cops should be informed about their time to go home after their duty in other areas.

The CRPF DG Kuldeep Singh sought ways to prevent such thoughts from striking minds of victims. Vasudev said, “We start thinking that our lives are not worthwhile if we lose something, like when a student fails, he is made to think he has lost something worthwhile. The most important element in our life is our life.”

DG prison (Tamil Nadu) Sunil Singh said prisoners are trying to commit suicides inside jails. There are suicides reported inside mental hospitals by inmates who are sent there for treatment.

He said once he took a few industrialists to prison and told the inmates that they will be offered jobs if they give up illegal activities. It really impacted their mental state, he said.

Mithilesh Kumar, IG (prisons, Bihar) sought to know what should they do for prisoners. Sadguru Vasudev said that prisons are a place where someone has only two things to look for - the lock and the walls. “The situation affects mind of inmates. If we counsel them, it will be easy for them to serve the punishment,” he said. Madhya Pradesh: This court of Vighnahartathat in Jabalpur returns no devotee unheard