Story of survival: It was torrent of humanity in times of flood

The youths continued to utter Jai Ali… Jai Bajrang Bali until they saved everyone from jaws of death; doors of mosque and temple were open; religion of love flowed.
Arup Chakraborty | Smita 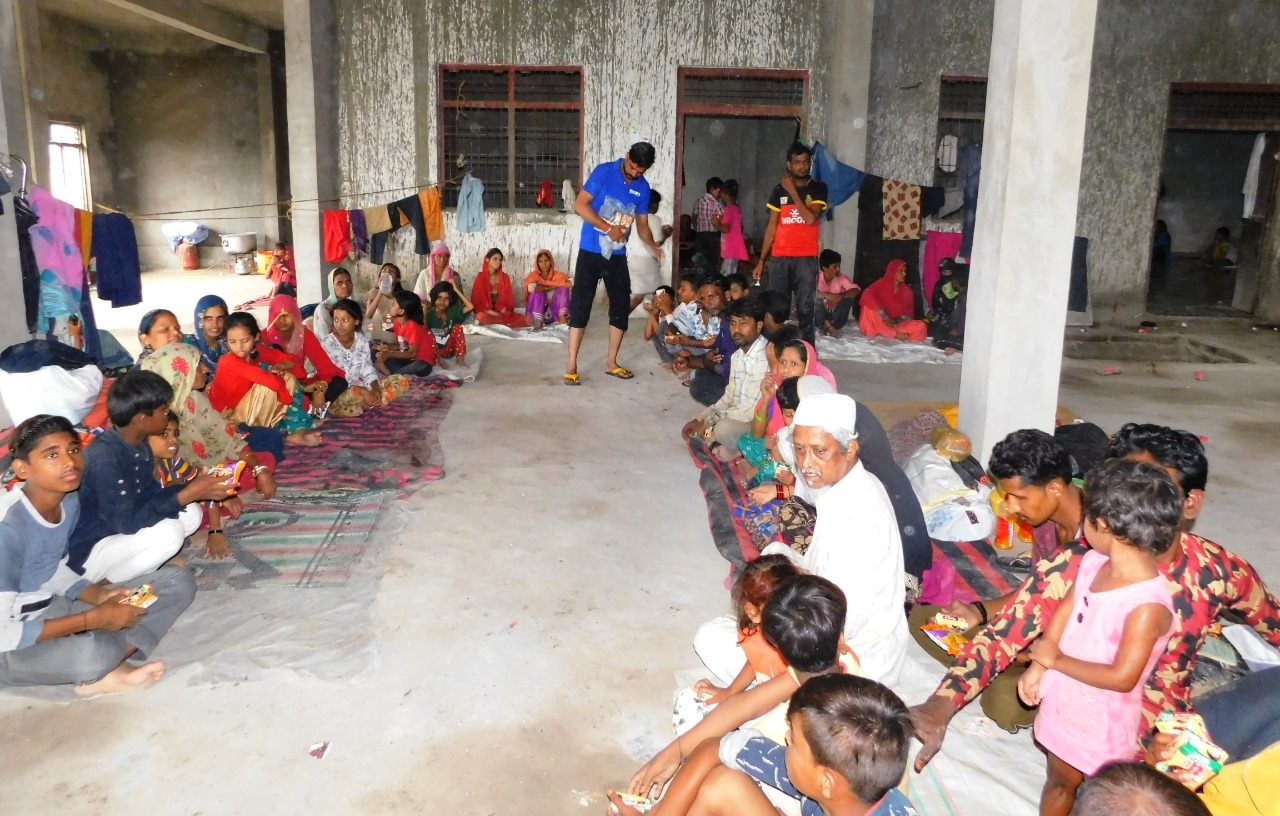 Bhopal (Madhya Pradesh): The sky looked appallingly murky at 6am on August 3. The air grew cold and clammy. It began with drizzles and came down in buckets by 7am.

Radha Bai Shivhare, a resident of ward number 22 in Gulaiya Mohalla in Sheopur city of Madhya Pradesh, was striking a matchstick to fire a log in the hearth to prepare the day’s meal.

She thought the rain would soon stop but barely knew what was brewing outside.

She said sudden yells from outside rattled her. And then, her 21-year-old son shot into the kitchen, saying, “Let’s go to the rooftop. There is hardly a second to fritter away.”

As Radha Bai peeped through the window of the kitchen, she saw grey waters rush towards her house. The road was under water.

She yelled at other children that a wave was coming. By the time, they reached the rooftop the water had already swamped the ground floor of her house.

From the rooftop, they managed to reach a mosque near her house. The rope they were using to reach there tore. Her son lost balance and fell. He was unconscious. 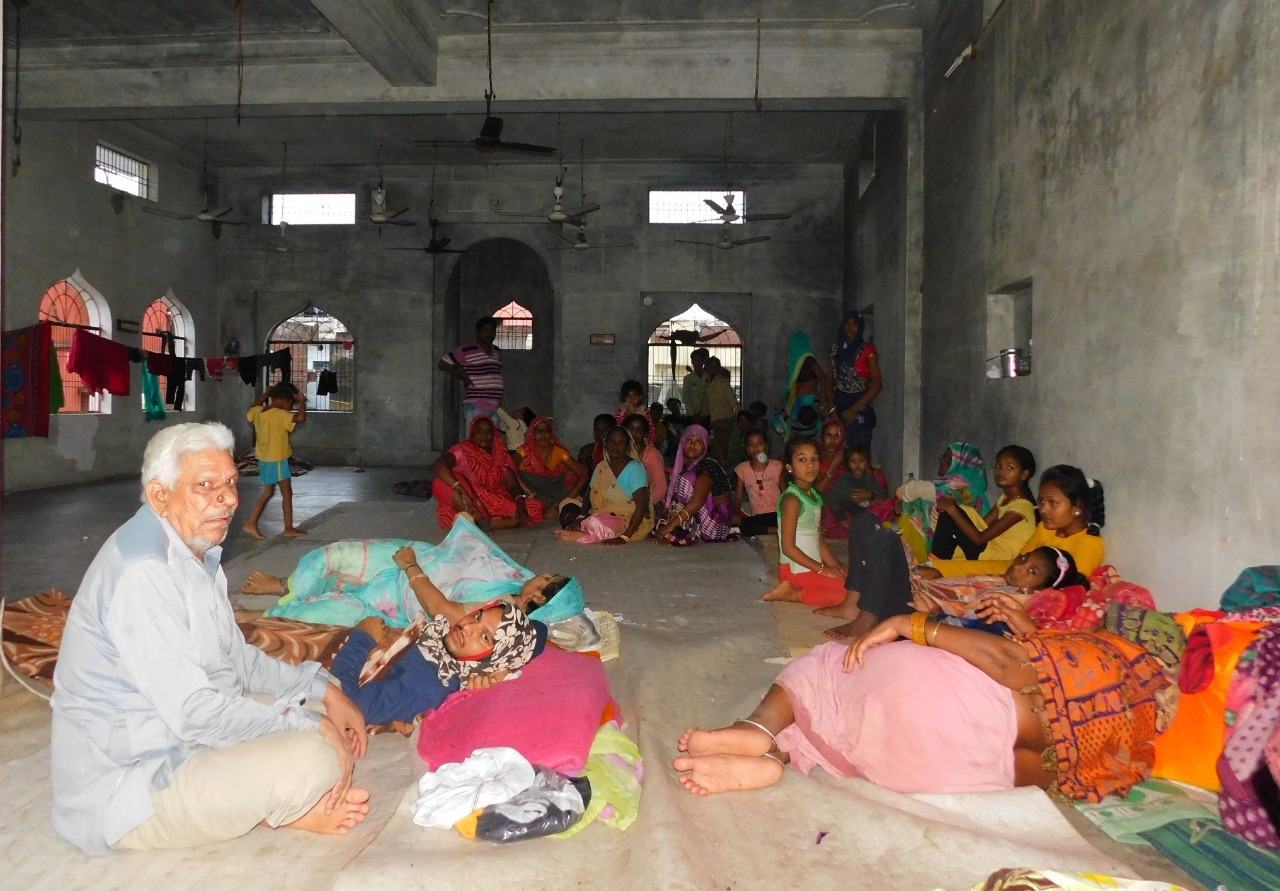 Radha Bai said the Muslim clerics had announced that everyone should take shelter in the mosque.

They appealed to the youths to help the distressed, she said to the Free Press over phone.

The youths, then, swung into action. They rescued hundreds of people, Radha Bai said.

They provided food and milk to the flood-hit. 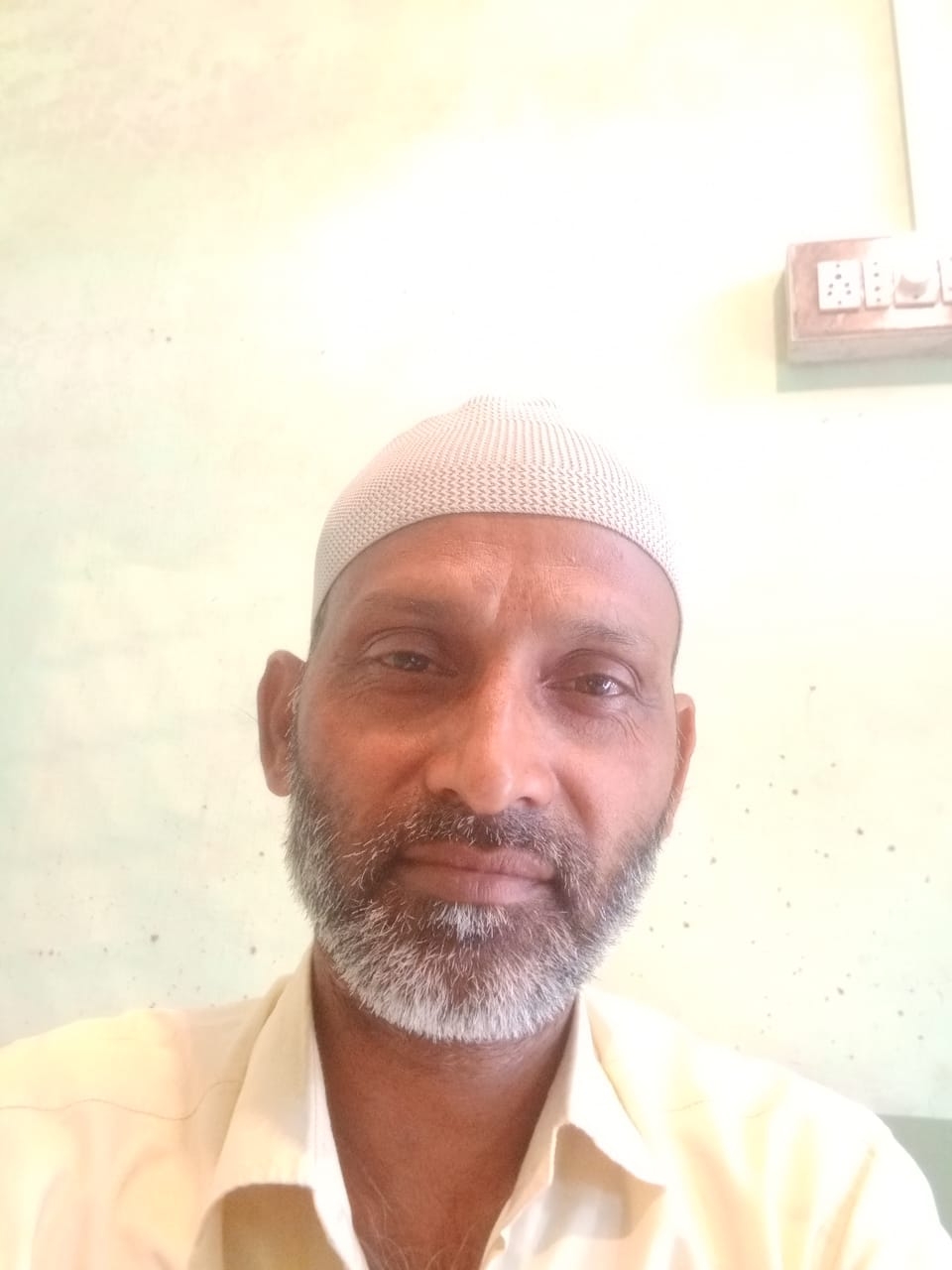 Similar is the story of 45-year-old Ashfaque Mansoori, a resident of ward number 23, Qila Road, Sheopur.

The clock struck 9:30pm. The rain was falling like bricks from buckets.

Asfhaque did not mind it, as he was not a stranger to heavy rains. He suddenly saw a rush of water seep through the floor of his room. He held his nerve.

Out he went with all his family members, and what he saw was hundreds of people surging through the flooded lanes.

They rushed to the nearby Hanuman Temple.

Ashfaque said, “I suddenly realized it was Al-Ali in the form of Bajrang Bali who came to our rescue.”

The deluge swept away all religious barriers, he said.

The water receded at 3:30am. Still they could hear the sounds of rainfall and the angry notes of the Seep River. At 6:30am the water began to enter their houses again.

It gulped down the first floor.

Everywhere people fought for their lives. He could only hear the yells of women and children, Ashfaque said.

“Our Hindu brothers arranged milk for the children and food for us, he said. 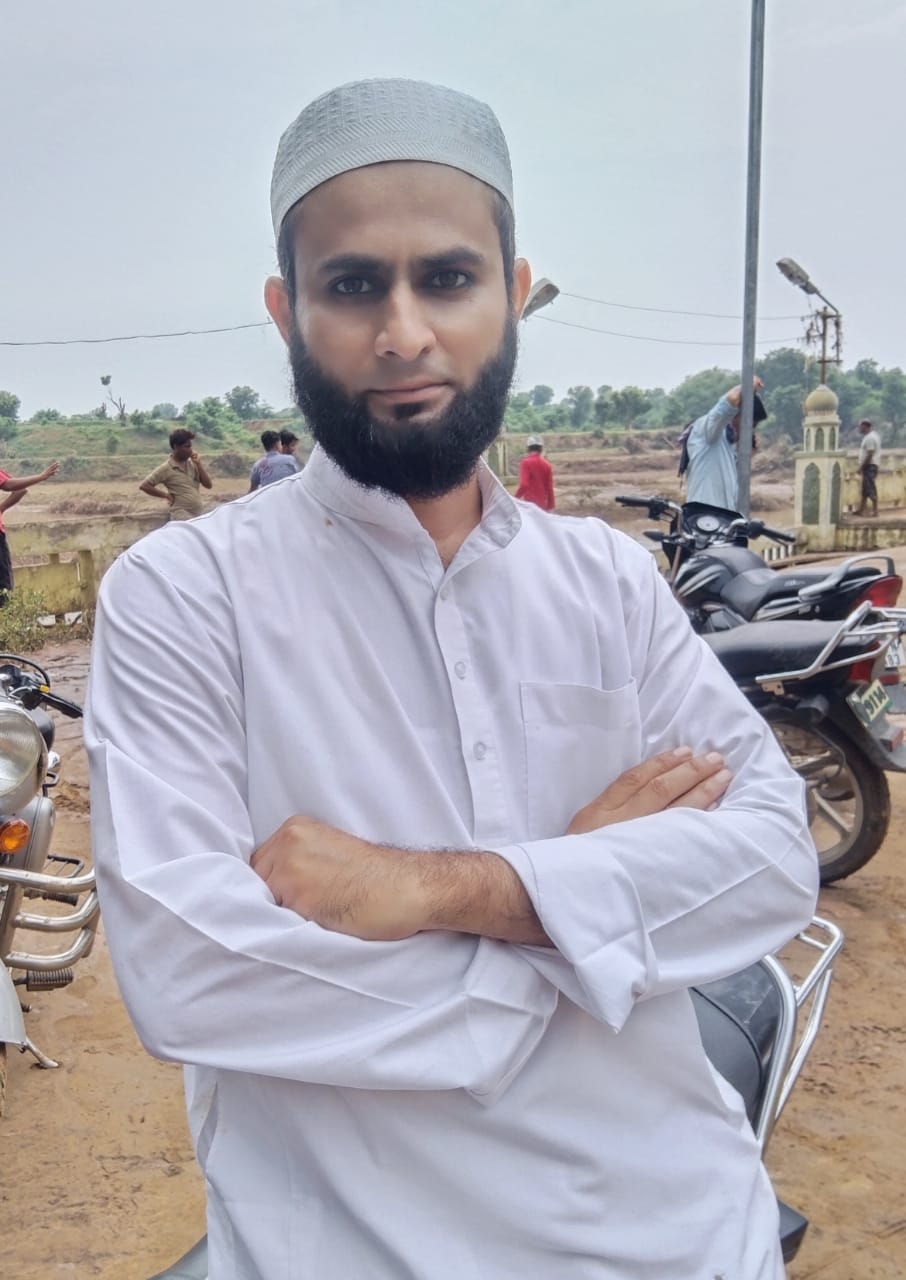 Most of our Hindu brothers were in distress. We announced from Kalandari Mosque that everyone should help the needy. We had to cut windows to rescue people. One floor of the mosque was under water, but it was Allah’s wish that we could do our duty. There were canards that the Aawada dam was breached. So, people began to escape from the town. We told them it was just a rumour. The youths surged through the blinding rain and spun through the flooded lanes to rescue people. 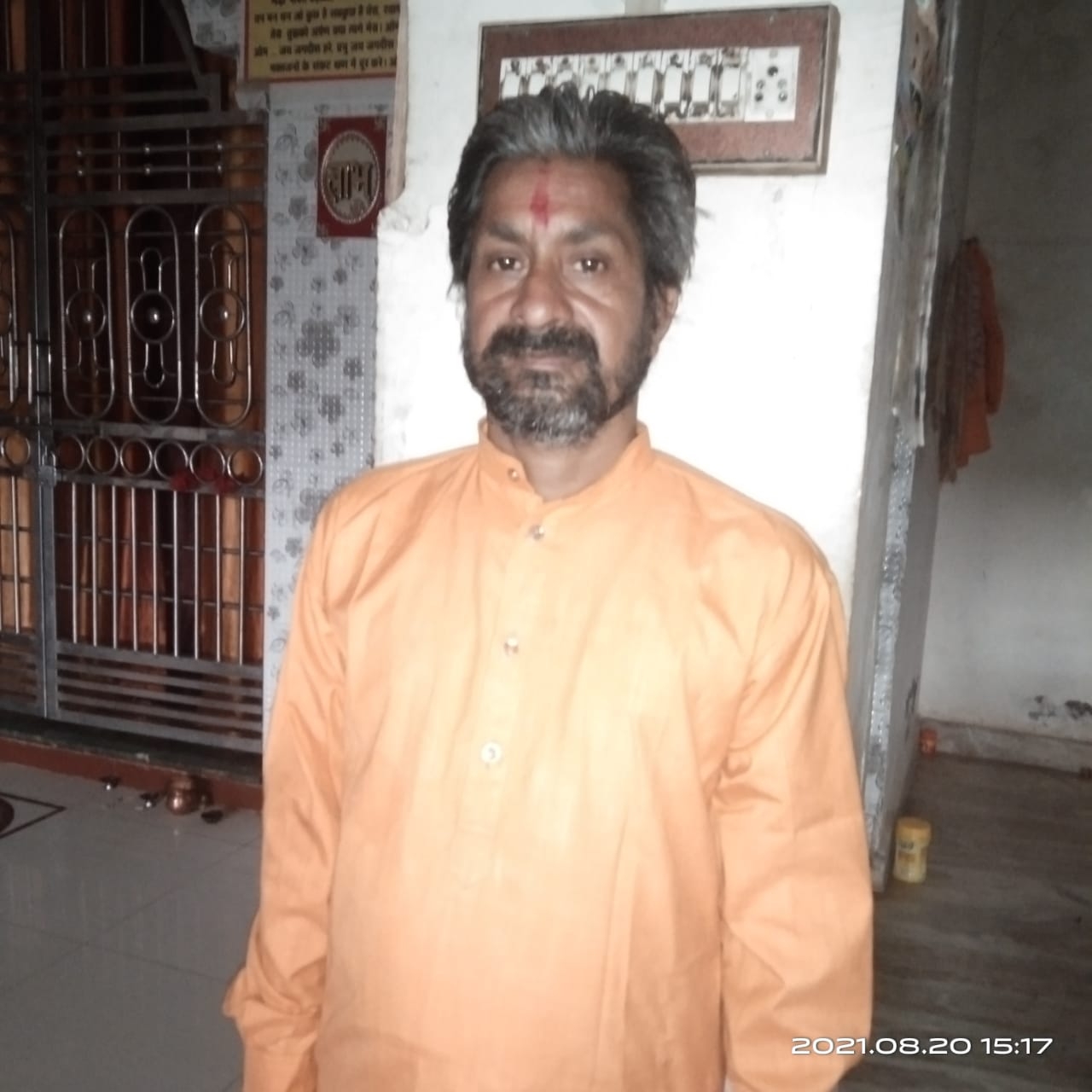 An avalanche of soiled-coloured water nearly 10-foot high was surging down the river towards the residential areas. I have never seen such a deluge. There were no Muslims, no Hindus. Nobody likes such a deluge. But it was great to see flow of love. The youths continued to pray till they saved each one. 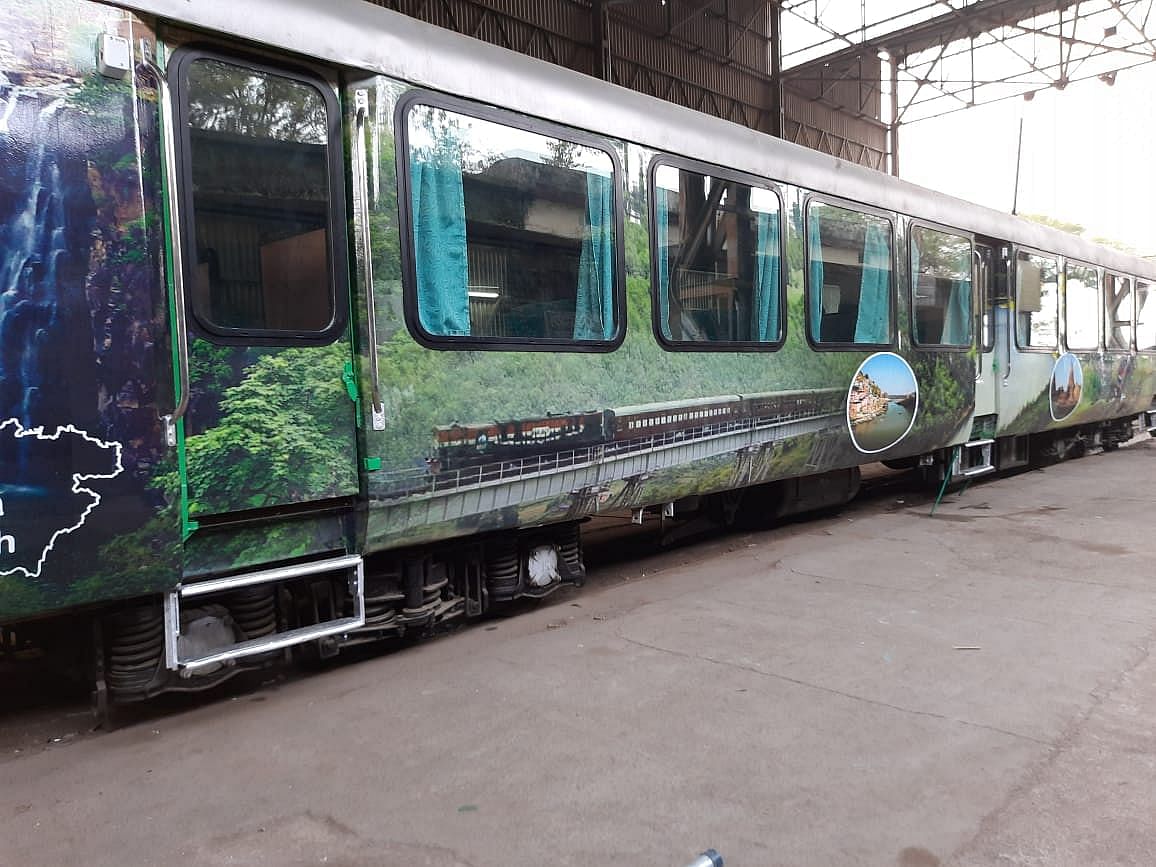