The Monsoon session of the state Assembly scheduled to start from July 25, is likely to be deferred due to various reasons, including unavailability of senior leaders from the opposition. The speaker is, however, yet to receive a fresh proposal from the government in this regard.

Bhopal (Madhya Pradesh): Trend of shrinking duration of the Assembly sessions has set up a wrong precedence and should be reversed to save the essence of the Legislative system, said Madhya Pradesh Assembly Speaker Girish Gautam in an exclusive interview with IANS.

The Monsoon session of the state Assembly scheduled to start from July 25, is likely to be deferred due to various reasons, including unavailability of senior leaders from the opposition. The speaker is, however, yet to receive a fresh proposal from the government in this regard. Here are the excerpts from the interview -

Q: The Assembly session durations are shrinking and even the annual budget sessions are concluding within a week. Being a speaker and also a member of the Legislative Assembly, what is your view on it?

Gautam: Of course, it's a matter of grave concern which needs immediate redressal or the legislative system will gradually lose its real value. If an Assembly having 230 MLAs meets for just one week, it will not give them time to discuss public issues. If the trend continues, it will be harmful for both - the Legislative and the Executive (government) system of the democracy. The people have started to react to it, directly and indirectly.

Q: Being one of the pillars of democracy- the Legislative Assembly has its own power to function, then why are session days shrinking?

Gautam: See, the Assembly is a democratic platform where the Legislators would assemble and discuss public issues. It also empowers the MLAs to raise the concern of people of their respective constituencies and also to ensure that the voice of each member is heeded. But, the sessions are held on the proposal of the ruling party with consensus of the opposition.

The opposition has a crucial role to play in the duration of the Assembly, but mostly, the ruling and opposition parties reach a consensus outside the House, which is a wrong precedent.

Q: The opposition Congress claimed that it has demanded that the coming monsoon session of the Madhya Pradesh Assembly should last for 15-20 days. Will the Assembly consider their proposal?

Gautam: Opposition often would make such statements to the press that they have demanded for a longer session. But, to make it practical, they need to follow the process, which they do not do. They have to put their subjects/agendas they want to discuss in the assembly, and then the assembly will try to make a consensus on this issue.

Q: From rural to urban, Madhya Pradesh has 230 constituencies for its legislators, but the Assembly sessions are often concluded within a few days. Being a member and more importantly head (speaker) of the state Assembly, is it justifying the faith of people in the democratic process?

Gautam: If public issues are not discussed at the right platform, for which this system has been set up, then of course, it is injustice with them. It pains me and I am trying my best to bring some changes. The issue had been discussed in a meeting with Lok Sabha Speaker Om Praksh Birla recently in New Delhi.

We should also note that at least 1,400-1,500 employees are working with the MP Assembly and the government is paying a huge amount of money as part of salary and other expenses to them. Therefore, I would say that if a big chunk of money is being invested, it should have an oriented result. In five years of tenure, if the Assembly sessions are held for merely 35-40 days, then the system is not serving is not being utilised fully to serve its purpose. It should be at least 100 days of session in states like Madhya Pradesh.

Q: Can people expect that this current system would change in future and its duration will increase?

Gautam: It can happen, but to bring changes in the system, assemblies should be empowered with the financial system. Currently, the Assemblies are fully reliant on the state government's funds for its functioning. It should have financial autonomy and when the assemblies will be made self-reliant on financial subjects, it can make changes.

Q: Is this subject of making the state Assemblies financially autonomous under discussion?

Q: Recently, all state assembly speakers were called for a meeting in New Delhi for the preparation of the Commonwealth Parliamentary Conference (CPC). What are the subjects which would be presented?

Gautam: The 65th Commonwealth Parliamentary Conference is scheduled from July 20 to July 26 in Canada. There would be various subjects to be highlighted during the conference, which includes- role and responsibilities of Parliament in response to Covid-19 pandemic, and role of achieving sustainable development. 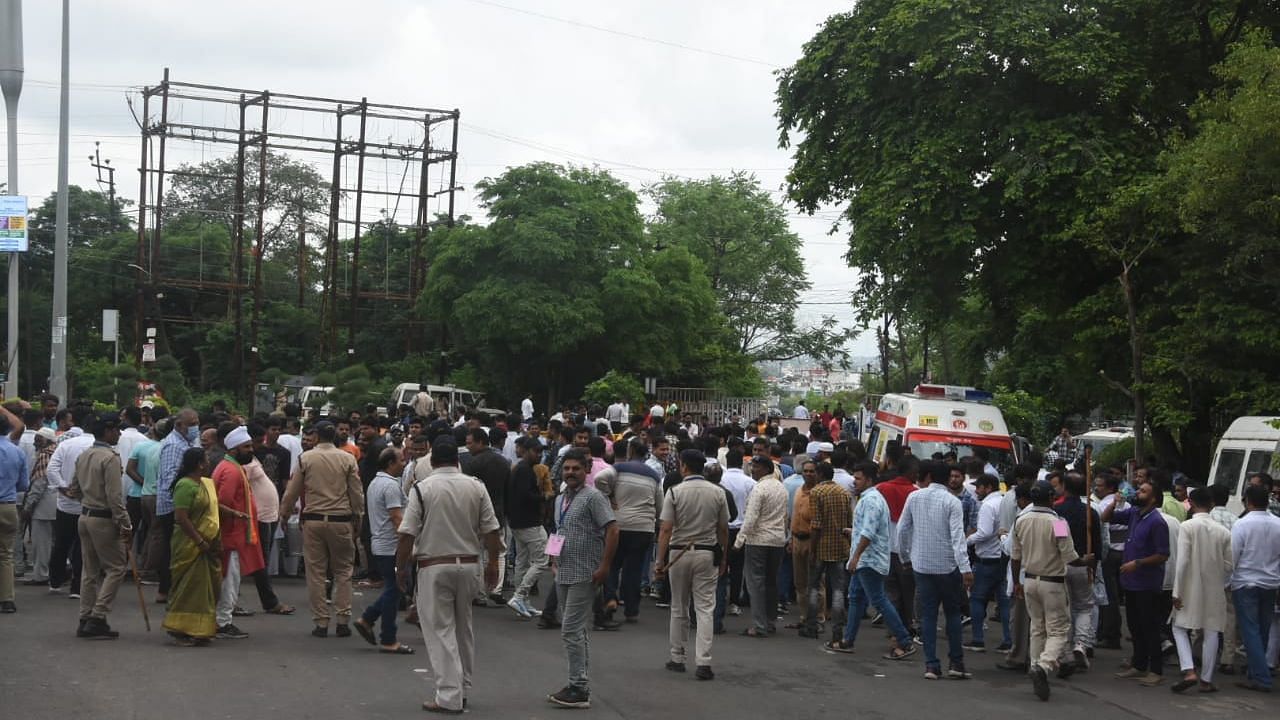