According to reports, there were four persons travelling in the car.
FP News Service

According to reports, there were four persons in the car which include Chhotu, Bablu, Atar Singh, residents of Shivpuri and Ghanshyam, resident of Bansed. All of them were going to meet their relatives in Goras.

When they reached about 4 kilometers ahead of Parond village, the vehicle (MP 07 E 9995) got out of control and overturned on the highway. The accident was so severe that Ghanshyam and Atar Singh died on the spot and two others sustained serious injuries.

On getting the information about the accident, the Karahal police station reached the spot and called an ambulance. Chhotu and Bablu were admitted to the community health center in Karahal. Later, Bablu also died during undergoing treatment. Chhotu is undergoing treatment in the Jayarogya hospital, Gwalior.

Police station in charge Manoj Jha said that the police established a case into the matter and the bodies were sent for the post mortem. In the preliminary investigation, the reason for the incident was ascertained that the driver lost control of the car. Further investigation into the matter was on, Jha added. 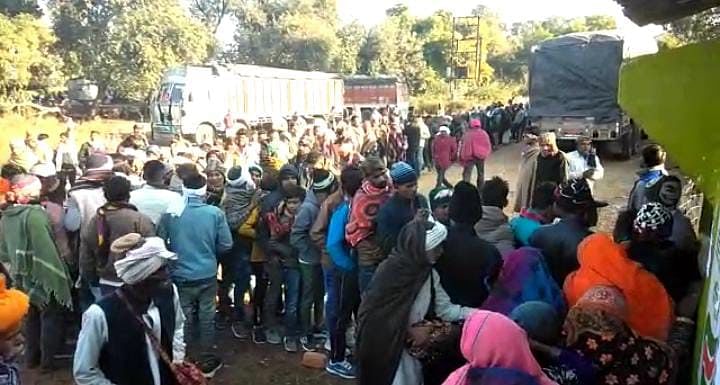 Sheopur: Farmers struggle to get fertiliser amid cold waves