According to reports, the boy, Atar Singh Kevat, reached the bank of Chambal river to play as usual. In the meantime, a crocodile about eight feet long came out of the river and attacked the child.

Sheopur (Madhya Pradesh): A crocodile swallowed a 10-year-old boy when he was taking bath in chambal river, Rijhenta village under Raghunath police station limits on Monday.

According to reports, the boy, Atar Singh Kevat, reached the bank of Chambal river and in the meantime, a crocodile about eight feet long came out of the river and attacked the child.

On the other hand, Raghunathpur police station in charge Shyamveer Singh Tomar says that a crocodile had swallowed the child, after which the villagers caught the crocodile with rope. The police, however, rescued the crocodile and handed it over to the forest department.

An SDRF team was engaged in searching for the child in the Chambal River. The rescue team continued the search operation till late evening, but nothing was found. Searches stopped after dusk. Officials told villagers that if the crocodile had snatched the child, it would not swallow.
Police say that the boy must have gone into the deeper side of the river. Searches would resume on Tuesday. Villagers said that this crocodile has become a man-eater and should be released in any far away place.
According to officers, there are hundreds of crocodiles in the river and there have been several instances of attacks on humans. 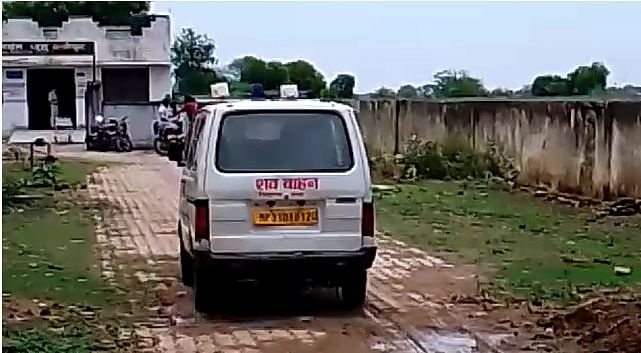